Close
Nels Cline
from Los Angeles, CA
January 4, 1956 (age 66)
Biography
Up until the mid-2000s, guitarist Nels Cline was probably best-known for his work in the group Quartet Music and other projects in the jazz, rock, and avant-garde idioms, as well as for his general involvement in the West Coast's avant and improv scenes. During the '90s, Cline recorded a pair of duo outings with Thurston Moore and Devin Sarno before embarking on Interstellar Space Revisited: The Music of John Coltrane with drummer Gregg Bendian; he joined the latter's Interzone group while leading his own trio, the Nels Cline Singers. In 2004, Cline opened up a much larger audience for a jazz guitarist than is typical, joining the alt-country and experimental pop act Wilco. Whether playing the music of other jazzmen such as Andrew Hill (2006's New Monastery: A View Into the Music of Andrew Hill), recording a score to accompany the massive touring retrospective of iconic Los Angeles painter Ed Ruscha (Dirty Baby), collaborating with guitarist Julian Lage, jamming and recording with Medeski, Martin Wood, or rocking with White Out, Cline is a figure with global influence. In 2016, he issued Lovers, his Blue Note debut, featuring the guitarist leading his own group and a chamber orchestra in a collection of standards and originals. He followed with 2018's Currents, Constellations and a trio of 2020 albums that included Share the Wealth.

Born in Los Angeles in 1956, Cline began playing guitar around the age of 12, when his twin brother Alex began learning the drums. By the time Cline reached his twenties, he was heavily involved in L.A.'s improvisational community and, in 1978, appeared on his first recording, Openhearted, by multi-instrumentalist Vinny Golia. He went on to appear on over 70 releases, lead several of his own groups -- including the Nels Cline Trio and the sextet that followed, Destroy All Nels Cline -- and tour internationally with a variety of bands. As a composer, Cline has scored films in addition to writing much of his own material. He has also produced albums for himself, G.E. Stinson, and Jeff Gauthier, among others.

Bassist Eric Von Essen and Cline met up in the late '70s and began working together, recording an album of duets called Elegies that was released in 1980 on the Nine Winds label. Von Essen got involved in an orchestra with violinist Gauthier, and it wasn't long before the three formed a group of their own. Alex Cline sat in on their first concert and eventually joined the three permanently, resulting in the group Quartet Music, which remained together throughout the '80s. In addition to his work in Quartet Music during this decade, Cline worked with Liberation Music Orchestra West Coast, was a member of a rock band called Bloc, worked with Julius Hemphill as well as Charlie Haden, and released his first album as leader, Angelica, which included members of Quartet Music, saxophonist Tim Berne, and more.

The first half of the '90s found his new Nels Cline Trio hosting a weekly improv series for four years and recording as many albums. During the '90s, Cline also worked with Thurston Moore (of Sonic Youth), Stephen Perkins (Jane's Addiction), Mike Watt (Minutemen), and the Geraldine Fibbers. A duo recording by Cline and percussionist Gregg Bendian covering John Coltrane's Interstellar Space was released by the Atavistic label in 1999. That same year, the California Music Awards named Cline Outstanding Jazz Artist. The next year, he released Inkling on Cryptogramophone, beginning a collaborative relationship with Andrea Parkins that would continue for the next several years. Destroy All Nels Cline was next, followed by the formation of the Nels Cline Singers, who released their first album, Instrumentals, in 2002.

In 2004, Cline was asked to join Wilco and has toured and appeared on all subsequent albums by them. He still had time for other projects, however: there have been several one-off collaborations during the ensuing years and two albums by the trio of Cline, Andrea Parkins, and Tom Rainey. In 2004, the Nels Cline Singers released Giant Pin, which Cline followed with an album of Andrew Hill compositions in 2006, the sublime New Monastery. Cryptogramophone subsequently issued two more releases by the Nels Cline Singers, Draw Breath in the summer of 2007 and the two-CD package Initiate in 2010. Later in the year, Cline released Dirty Baby, a double-disc collaborative project with poet and producer David Breskin. Breskin selected 66 period images by the artist Ed Ruscha and evenly split them into two groups, wherein he commissioned the guitarist to compose one long work and one short work to accompany the images, without further instruction. Cline recorded these with a large group of musicians including Jon Brion, Scott Amendola, brother Alex Cline, and Devin Hoff. There is also a lushly illustrated book version with larger reproductions of these works with 66 written pieces by Breskin. Add this project to all the work Cline has done as a sideman since the turn of the century, and you've got one extremely busy, prolific, and versatile guitarist. In April of 2014, he appeared as a guest on Joan Osborne's Love and Hate album, and as a full collaborator with Medeski, Martin Wood on Woodstock Sessions 2. In 2014, Macroscope, with the Nels Cline Singers, and Room, a duet offering with classical guitarist Julian Lage, appeared on Detroit's Mack Avenue Records.

After recording Star Wars with Wilco and a tour, Cline signed to Blue Note. His debut for the label was the double-length Lovers. Realizing a long-held dream, the set was inspired by Bill Evans, Jim Hall, Gil Evans, and Henry Mancini. Cline created an ambitious, self-proclaimed "mood music" project with a 23-member ensemble conducted and arranged by Michael Leonhart. It was produced by David Breskin and recorded and mixed by Ron Saint Germain. Lovers contained jazz and Great American Songbook standards alongside originals and covers of songs by Annette Peacock, Gabor Szabo, Sonic Youth, Jimmy Giuffre, and Arto Lindsay. The single/video "Beautiful Love" was issued in early June of 2016, premiered live at the Newport Jazz Festival in July, and released in August.

Cline's recording experience with Lage on Room proved indelible. The pair often speculated on what an album would sound like if they chose a rhythm section. To that end, Cline asked bassist Scott Colley and drummer Tom Rainey (who had played hundreds of shows together as a running rhythm section in the '90s) to accompany them at a residency at New York venue The Stone in 2016. At that time, Colley and Lage were playing in Gary Burton's group and the bassist eventually joined the guitarist's trio. Cline had played with everybody before. The live gig went so well it laid the foundation for the recording sessions that resulted in Currents, Constellations, Cline's second Blue Note album, with the intrepid quartet calling itself the Nels Cline 4. He wrote seven of the record's eight compositions; the lone cover was Carla Bley's "Temporarily," a rarity closely associated with the Jimmy Giuffre Three. According to Cline, the point wasn't to feature "sovereign" fewer guitar solos, but to facilitate an ensemble sound, whether marked by heated collective improvisation or a more delicate and precise approach on the contemplative pieces. The funky preview single, "Imperfect 10," was released in March along with a promotional "in-studio" video. Currents, Constellations was released in mid-April a few days before the band -- with bassist Jorge Roeder sitting in for a previously committed Colley -- undertook a European tour.

In January of 2020, Cline, bassist William Parker, and keyboardist Thollem McDonas, issued Gowanus Sessions II for ESP-Disk. During the spring, Cline and pianist/organist/synthesist Jamie Saft aided drummer/composer Bobby Previte in the RareNoise trio outing Music from the Early 21st Century. In October, Blue Note Records issued the single "Beam/Spiral" preceding the release of Share the Wealth, Cline's third label offering, this time by an expanded Nels Cline Singers. Curiously, the lineup he assembled -- saxophonist Skerik, percussionist Cyro Baptista, keyboardist Brian Marsella, bassist Trevor Dunn, and drummer Amendola, had yet to play a gig together when they entered Brooklyn studio The Bunker. Cline and co-producer Eli Crews recorded the band over two days, playing long, spontaneous jams. Cline originally wanted to edit the sprawling proceedings heavily, in order to create a cut-and-paste, collaged, psychedelic record. Upon listening closely to the uninterrupted jams, however, he changed his mind and decided to release them unedited. The double-length Share the Wealth was released in November. ~ Sean Westergaard & Thom Jurek, Rovi 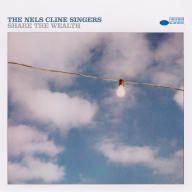 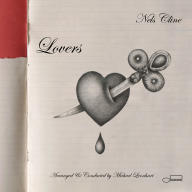 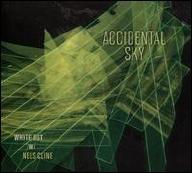 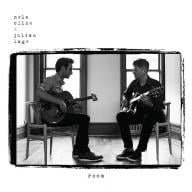 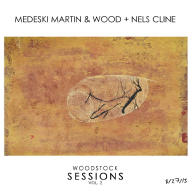 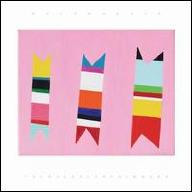 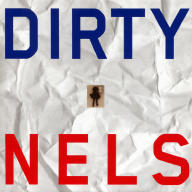 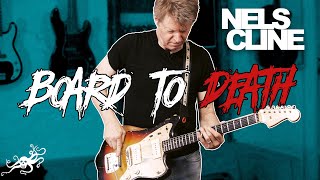 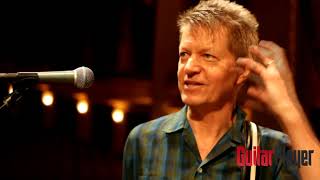 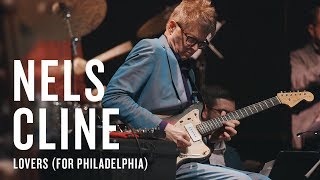 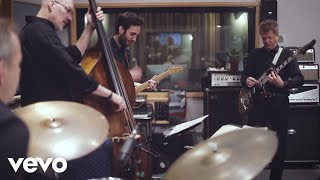 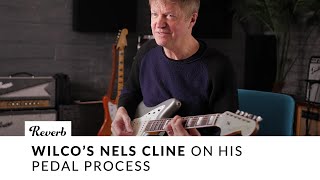 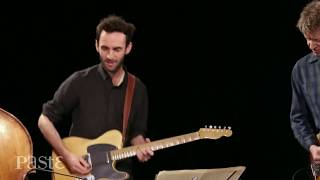 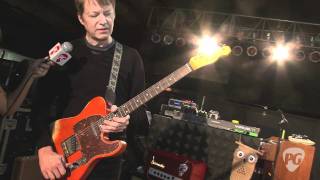