Close
Rodney "Darkchild" Jerkins
from Atlantic City, NJ
July 29, 1977 (age 44)
Biography
With his distinctive "Darkchild" tag introducing his presence on the track, prolific American producer, rapper, and songwriter Rodney Jerkins amassed decades of hits with a who's-who of talent from the worlds of R&B, rap, gospel, pop, and more. In the late '90s, he gained a foothold in the industry, penning songs for the likes of Mary J. Blige, Aaliyah, and Whitney Houston before crashing the mainstream with the chart-topping 1998 single "The Boy Is Mine" by Brandy and Monica. From there, subsequent Hot 100 number ones followed, including Monica's "Angel of Mine," Jennifer Lopez's "If You Had My Love," and Destiny's Child's "Say My Name." He remained in-demand into the 2000s, writing for Spice Girls, Backstreet Boys, Michael Jackson, *NSYNC, Britney Spears, TLC, Beyonce, Mariah Carey, Janet Jackson, Ayumi Hamasaki, Kylie Minogue, Lady Gaga, and countless more.

Born the youngest son of an Evangelical pastor and choir director in a small town in New Jersey, Jerkins began taking classical music lessons on the piano as a small child and combining that with the gospel music that he heard in church. As he grew, he added R&B and jazz to his repertoire. Since secular music was forbidden at home, he had to sneak out to listen to artists like Michael Jackson and the Beatles, later finding his biggest inspiration with Teddy Riley and the New Jack Swing sound. At 14, he even got to meet Riley, who gave him a motivational push to pursue his dream. Setting his sights on becoming a record producer, he began obsessively making demos, one of which caught the attention of James Jones, Jr. of Uptown Records. Impressed with Jerkins' work, Jones hired him as a songwriter at the label, where he worked with Patti LaBelle and Horace Brown and got to meet another major influence, Andre Harrell. During this period, he also wrote and produced his own gospel rap album, On the Move, with his brother Fred Jerkins III.

In 1997, Jerkins co-wrote, arranged, and produced five songs for Mary J. Blige's four-million-selling Share My World album, including the hit single "I Can Love You." As one of the hottest R&B producers in the country, he built his resume with Kirk Franklin ("Revolution"), Whitney Houston ("It's Not Right But It's Okay"), Joe ("Don't Wanna Be a Player"), Brandy ("Top of the World" from the Jerkins-produced Never Say Never), and Monica (the number one "Angel of Mine"). The latter pair got together for a duet, 1998's multi-platinum smash "The Boy Is Mine," which scored Jerkins his first number one record and a Grammy for Best R&B Performance by a Duo or Group with Vocals in 1999. That same year, with his star rising, he racked up two more chart-toppers (Jennifer Lopez's "If You Had My Love" and Destiny's Child's "Say My Name").

As the '90s gave way to the 2000s, Jerkins maintained his mainstream presence with Toni Braxton's Grammy-winning "He Wasn't Man Enough," Michael Jackson's "You Rock My World," and another collaboration with Brandy, "What About Us?" In addition to his work with Brandy and Monica, he struck a particular creative spark with Destiny's Child and, later, a solo Beyonce. Together, they crafted 2004's "Lose My Breath," 2005's "Cater 2 U," and the 2006 number one "Deja Vu."

By the late 2000s, Jerkins recorded Top 40 hits with Ciara, Janet Jackson, Ludacris, Ashanti, the Pussycat Dolls, and Lady Gaga (on her Beyonce duet, "Telephone"). While things cooled down in the 2010s, he nonetheless helped Black Eyed Peas and Justin Bieber score radio hits as he continued to work in the studio with artists such as Nelly Furtado, Maroon 5, Sam Smith, Jessie J, Khalid, and Summer Walker.

When not in the studio crafting hits for other artists, Jerkins focuses on family, working with wife Joy Enriquez, daughter Heavenly Joy, and his brother, Fred Jerkins III. In 2020, he recruited Fred Hammond, Karen Clark Sheard, Kirk Franklin, Lecrae, Marvin Sapp, and many more for the all-star inspirational single "Come Together." ~ Neil Z. Yeung, Rovi 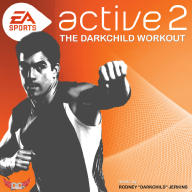 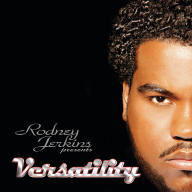 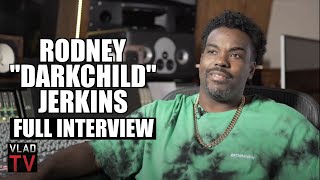 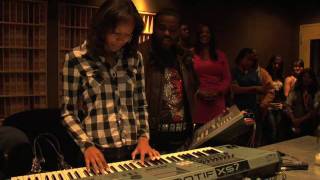 Rodney Darkchild Jerkins in the Studio with A Place Called Home 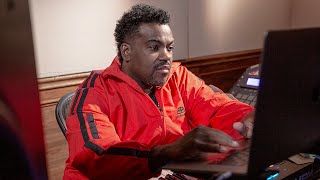 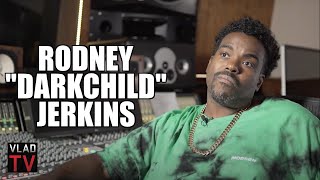 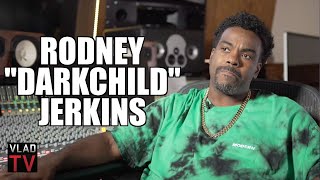 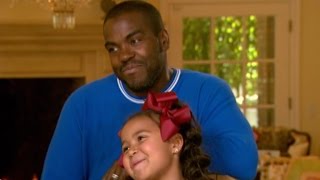 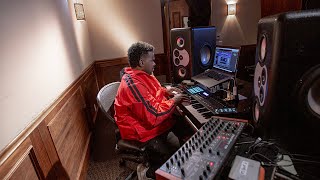