Close
Herbert Blomstedt
from Springfield, MA
July 11, 1927 (age 94)
Biography
Conductor Herbert Blomstedt is a member of the top rank of modern conductors, having held long-term music directorships in both Europe and the U.S. Specializing in Romantic and early 20th century repertory, he has recorded a substantial body of work and has remained active into great old age.

Blomstedt was born on July 11, 1927, in Springfield, Massachusetts, but his parents were Swedish, and they returned to their home country when Blomstedt was four. He grew up partly in Finland. His mother gave him piano lessons, and he took courses at the Royal College of Music in Stockholm while pursuing a general degree at the University of Uppsala. Drawn to conducting, he traveled to Paris for lessons with Igor Markevitch. This phase of Blomstedt's education laid the groundwork for his later versatility as a conductor as he studied contemporary music in the fertile city of Darmstadt in 1949, took pioneering classes in Baroque music with Paul Sacher at the Schola Cantorum Basiliensis in Switzerland, and took lessons at the Juilliard School in New York with Jean Morel, and with Leonard Bernstein at the Tanglewood Festival in Massachusetts. Blomstedt's career was launched as he won the Koussevitsky Conducting Prize in 1953 and the Salzburg Conducting Competition in 1955. He made his professional debut in 1954 with the Stockholm Philharmonic and was appointed the music director of the Nörrkoping Symphony, where he remained through 1961. The first part of Blomstedt's career was marked by Scandinavian successes. He held the post of first conductor of the Oslo Philharmonic from 1962 to 1968 and was appointed music director of the Royal Danish Symphony in Copenhagen in 1967, remaining in that post until 1977. The musicians of the Staatskapelle Dresden in what was then East Germany invited him to become their music director in 1975, and his ten-year tenure there was marked by recordings and major tours through the East Bloc and beyond. Blomstedt became familiar to American audiences as the music director of the San Francisco Symphony, a position he assumed in 1985, surmounting difficulties that arose as the orchestra was split into two parts. In 1995, Blomstedt returned to Europe as the music director of the NDR Symphony in Hamburg, moving three years later to the same post with the Leipzig Gewandhaus Orchestra. His long career brought him a profusion of guest conducting opportunities, and he has amassed an impressive collection of conductor laureate posts, remaining active into old age. A member of the Seventh-Day Adventist church, Blomstedt does not rehearse on Friday nights or Saturdays, but he does conduct, interpreting performances as expressions of religious devotion.

Blomstedt's recording catalog is vast, comprising well over 125 albums, including many from the LP era; many of the latter have been reissued in digital form. His repertory runs from Beethoven through the 19th century and well into the 20th, with special emphasis on the music of Carl Nielsen, Franz Berwald, and other Scandinavian composers. He has also recorded the symphonies of Bruckner at several points in his career. Blomstedt has remained active as a recording artist even after slowing his schedule of live performances. His recording of the Brahms Symphony No. 2 in D major, Op. 73, with the Leipzig Gewandhaus Orchestra, was released in 2021 when the conductor was 93. ~ James Manheim, Rovi 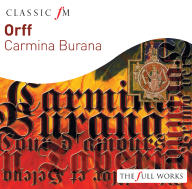 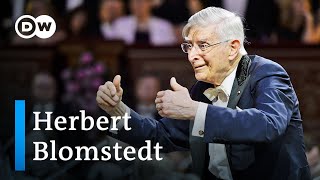 Herbert Blomstedt: the world's oldest active conductor looks back on his career 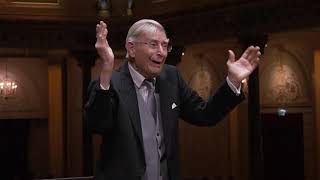 Final chords of Bruckner's Symphony No. 4 by the Vienna Philharmonic and Herbert Blomstedt 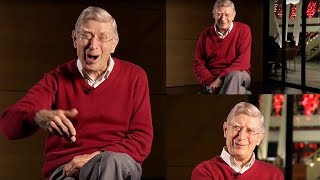 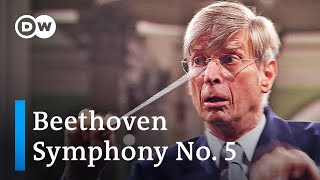 Beethoven: Symphony No. 5 | Herbert Blomstedt and the Gewandhausorchester Leipzig 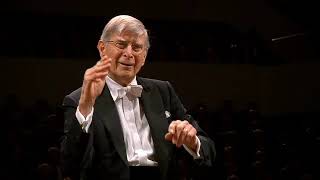 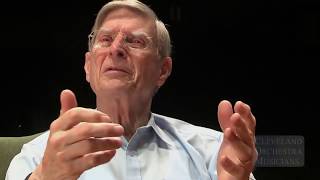 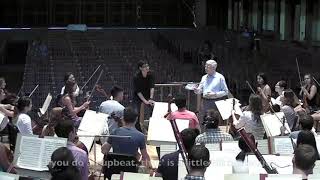