Close
The B-52s
from Athens, GA
formed October 1, 1976 (age 45)
Biography
Among the first American new wave acts to break through to mainstream visibility, the B-52s became one of the biggest success stories to emerge from the American underground in the late '70s. Making music that was full of quirks but also sounded friendly and fun to dance to, the B-52s filtered surf music, '60s pop, vintage soul, and low-budget sci-fi soundtracks through a pop culture kaleidoscope, with vocals laid over the top that suggested someone had been listening to a lot of Yoko Ono and Yma Sumac records. With their eager embrace of kitschy fashion and oddball humor, the B-52s made party music for the skinny tie crowd, and also brought a queer sensibility to their music when punk rock was turning increasingly macho and misogynistic. (Four of the five founding members were on the LGBTQ+ spectrum, and they were outspoken in their support of AIDS research and marriage equality.) At the same time, the tuneful energy of songs like "Rock Lobster," "Private Idaho," and "Legal Tender" helped them cross over to the mainstream audience. While the tragic death of guitarist Ricky Wilson nearly ended the band in 1985, they bounded back with the 1989 album Cosmic Thing, a more polished but still engaging effort that went multi-platinum and produced their biggest hit, "Love Shack." The B-52s have matured into respected elders of alternative pop, touring regularly and releasing music that embraced electronic influences on 2008's Funplex.

The B-52s were formed in Athens, Georgia in 1976. While Georgia, like much of the deep south, is generally conservative, as the home of the University of Georgia, Athens was long considered an oasis of progressive thinking, with a significant bohemian and creative community. In this environment, longtime friends and Athens natives Ricky Wilson and Keith Strickland became familiar with Cindy Wilson (Ricky's sister), Fred Schneider (originally from New Jersey), and Kate Pierson (also born in the Garden State) through mutual friends. One evening in October, the friends were enjoying an evening at a Chinese restaurant where a number of flaming Volcano drinks were consumed, and they decided they wanted to form a band, embracing their diverse influences including surf music, '60s pop, sci-fi soundtracks, vintage soul music, Captain Beefheart, and Yoko Ono. Initially, Ricky and Keith were the only members of the group who knew how to play instruments, and the two began writing music for the band through extended jam sessions. For their initial show on Valentine's Day 1977, Ricky and Keith played along with pre-recorded rhythm and keyboard tracks, while Cindy, Kate, and Fred traded off on vocals. In time, the members became a capable live act, with Ricky playing guitar (he usually removed the two middle strings to give his instrument a rougher sound), Kate on vocals and keyboards (usually playing a keyboard bass with her left hand and a Farfisa organ with her right), Cindy on vocals and percussion, Fred on vocals, and Keith on drums. The band adopted the name the B-52s from local slang for high-rise beehive hairdos, and they developed a devoted fan following in Athens.

As the B-52s' popularity spread, Danny Beard, who helped run a record store in Atlanta, offered to help them make a record for his fledgling label DB Records. The band's debut single, "Rock Lobster" b/w "52 Girls," was released in February 1978, and became one of the first independent hits on the American new wave scene, selling over 20,000 copies without major-label distribution. As the B-52s became aware of the burgeoning punk and new wave scene in New York City, they began booking shows in the Big Apple with the single as their calling card, and their unique sound and kitschy style soon made them favorites at CBGB and Max's Kansas City. With their off-kilter but dance-friendly approach, the B-52s sounded friendly and accessible in a way many new wave acts didn't, and they were soon being scouted by major labels. Chris Blackwell of Island Records signed the B-52s to a U.K. record deal, while Warner Bros. struck a deal with the group for North America. Blackwell soon flew the B-52s to Compass Point Studios in the Bahamas, where he produced the sessions for their self-titled debut album. Released in July 1979, The B-52s received strong reviews and the re-recorded version of "Rock Lobster" became a minor hit, rising to 56 on the Top Singles charts. The album also enjoyed a sales boost after the group made an appearance on Saturday Night Live. The B-52s would eventually go platinum, and John Lennon cited the album as a personal favorite in interviews.

The B-52s returned to Compass Point to cut their second album, Wild Planet, with producer Rhett Davies. Tighter and more polished but no less idiosyncratic than the debut, the album came out in September 1980 and proved to be as successful as the debut, spawning another minor hit, "Private Idaho," and peaking at 18 on the album charts. An EP of remixes, Party Mix, appeared in July 1981 as a stopgap while the B-52s worked on album number three. David Byrne of Talking Heads, long a supporter of the band, was brought in to produce the sessions, but creative differences between Byrne and the group, as well as a lack of enthusiasm from their record labels, led them to scrap the project, and some of the completed tracks were issued in early 1982 as an EP, Mesopotamia. The B-52s changed up their recording approach for their next album, 1983's Whammy! With a greater reliance on synthesizers and drum machines, Ricky and Keith performed all the instruments on the backing tracks, while Fred, Kate, and Cindy only provided vocals. The album fared better on the charts than Mesopotamia, and the band launched a major concert tour in support, but the band took a break while Fred recorded a solo project, 1984's Fred Schneider the Shake Society. When the band reconvened to work on their next album, Ricky Wilson's health began to fail him, and on October 12, 1985, he died of AIDS-related illnesses, though initially the band claimed he died of natural causes. The B-52s eventually completed the album Bouncing Off the Satellites, which was released in September 1986, but the surviving group members were too shaken with grief to tour or promote the album, and they went on hiatus.

In 1988, the surviving members of the B-52s began writing new material and returned to the recording studio, with Nile Rodgers producing one set of sessions and Don Was producing another. 1989's Cosmic Thing proved to be the biggest hit of the B-52s' career, spawning two Top Five singles ("Love Shack" and "Roam") and selling over four million copies. Reinvigorated, the group launched a successful concert tour in support, with Keith taking over on guitar and several guest musicians joining them on the road to handle additional bass, drum, and keyboard duties. In 1990, Cindy Wilson left the B-52s in order to stay home and start a family, and Fred, Kate, and Keith recorded 1992's Good Stuff without her; vocalist Julee Cruise stood in for Cindy on tour. In 1994, the group recorded a new version of "Meet the Flintstones" for the big-screen reboot of the popular animated series, billed as the B.C.-52s; the single peaked at number 33. In 1996, Cindy returned to the B-52s, and the group recorded two new songs for the 1998 compilation Time Capsule: Songs for a Future Generation. A more expansive career overview, Nude on the Moon: The B-52s Anthology, came out in 2002.

While the B-52s remained busy as a live act and made periodic guest appearances on such television shows as The Simpsons, The L Word, and Portlandia, it wasn't until 2008 that they returned with fresh music. Funplex, produced by Steve Osborne, gave the group a more up-to-date sound informed by electronic dance music, though the B-52s' personality still shone through. In 2012, Keith announced that he would no longer tour with the B-52s, though he would continue to work with the band. An archival digital-only live album appeared in 2015; Live! 8-24-1979 preserved a show they played opening for Talking Heads only weeks after the release of their debut album. As the band focused on live work in the 2010s, the members worked on solo recording projects. Fred recorded with his side band the Superions, Kate made her solo debut in 2015 with Guitars and Microphones, and Cindy stepped out on her own with 2017's Change.

The B-52s celebrated the 30th anniversary of Cosmic Thing in 2019 with a deluxe double-disc reissue of the 1989 album and a tour where they were supported by OMD and Berlin. ~ Mark Deming, Rovi 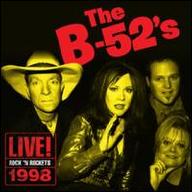 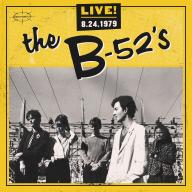 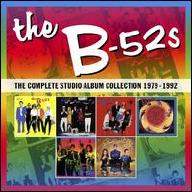 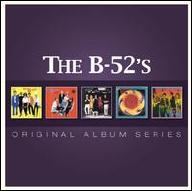 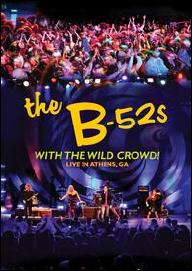 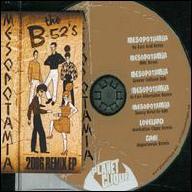 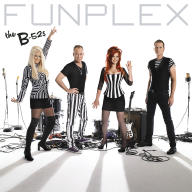 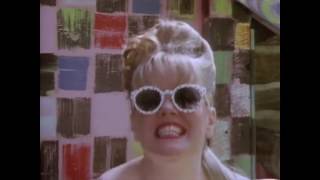 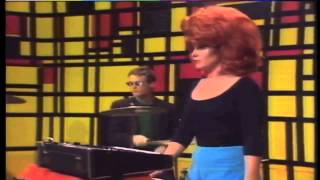 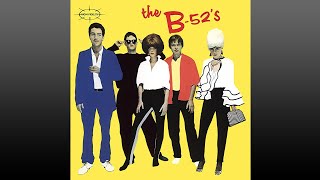 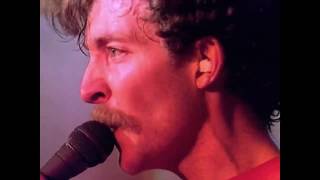 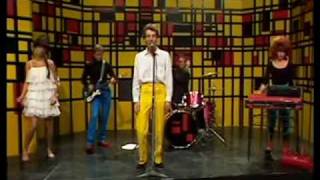 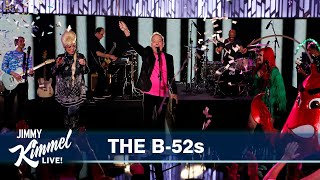 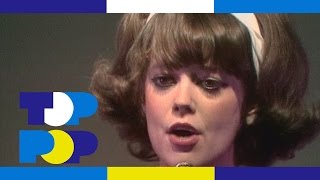