Close
Edwyn Collins
from Edinburgh, Scotland
August 23, 1959 (age 62)
Biography
Best known for his tenure fronting the Scottish pop revivalists Orange Juice as well as his international solo hit "A Girl Like You," singer/songwriter/guitarist/producer Edwyn Collins was born in Edinburgh in 1959. He spent his youth absorbing the pop music of the day and learning how to play guitar. In 1976, he formed the Nu-Sonics with guitarist James Kirk, bassist David McClymont, and drummer Steven Daly and began working on creating a sound that blended the Byrds, the Velvet Underground, and Chic with the energy, if not the snarling attitude, of punk. After the quartet renamed themselves Orange Juice in 1979, Collins and his friend Alan Horne formed the Postcard label to release the band's debut single. "Falling and Laughing," recorded for less than 100 pounds, was issued in 1980 to massive critical acclaim, and subsequent releases like "Blueboy," "Simply Thrilled Honey," and "Poor Old Soul" further established the group as a major new talent. Sessions began for a full-length album, but in the midst of recording, Orange Juice left Postcard to sign to Polydor. That label funded the completion of You Can't Hide Your Love Forever, which hit record store shelves in 1982. Also released that year, the group's second album, Rip It Up, was a more ambitious affair than its predecessor, veering from the buoyant Motown tribute "I Can't Help Myself" to the energetic pop of the title track, which reached the Top Ten of the U.K. singles charts. Another LP followed, 1984's self-titled affair, but the multiple lineup changes and lack of chart action led the group to disband.

A solo career seemed like the obvious next step, but Collins struggled to find a label willing to release his records. Only after a pair of sold-out London performances did Creation's Alan McGee sign him to the label's Elevation off-shoot in 1986. The singles "Don't Shilly Shally" and "My Beloved Girl" followed, but the label proved to be a short-lived venture, and when McGee decided not to shift Collins over to Creation, the singer was again left without a contract.

Some months later, Collins accepted the opportunity to record at a small German studio run by a group of devoted Orange Juice fans. Cut with the aid of old friends Dennis Bovell and Aztec Camera's Roddy Frame, the resulting LP, Hope and Despair -- a brooding, ambitious collection spotlighting Collins' smooth, soulful baritone -- was eventually picked up by the Demon label and issued in 1989. The album proved quite successful on the independent charts, and soon Collins returned to the studio to record 1990's Hellbent on Compromise; when the LP failed to repeat its predecessor's good fortune, Demon dropped him from their ranks, and another long sabbatical followed.

Collins spent much of the decade's first half in the producer's seat, overseeing sessions from artists including longtime pal Paul Quinn, the Rockingbirds, A House, and the Frank and Walters. He finally earned another shot as a performer when he signed with the U.K. indie Setanta, which released the album Gorgeous George -- a scathing, shimmering set of retro-pop highlighted by the single "A Girl Like You" -- in 1994. Slowly, the song became a massive hit throughout Europe as well as the U.S. and returned Collins to the charts for the first time since the 1983 Orange Juice smash "Rip It Up," finally establishing the longstanding cult hero as something of a household name. The success of "A Girl Like You" also gave Collins the financial means needed to build his own studio, which he did in West Hampstead with the help of engineer Seb Lewsley. The duo recorded many artists at West Heath Studio, including Robert Forster, the Cribs, and the Proclaimers. Collins also used the studio to record his solo records. 1997's I'm Not Following was the first; it featured the single "Magic Piper (of Love)," which reached the Top 40 of the U.K. singles charts and was also on the soundtrack for the film Austin Powers: International Man of Mystery. The album was recorded with his core band of drummer Paul Cook of Sex Pistols fame, bassist Clare Kenny, and keyboardist Sean Read, along with the inimitable vocals of Mark E. Smith on one track.

Collins turned mostly to producing other artists for the next few years, working on records by Vic Godard, Astrid, Terrorvision, and Space. When he did get back behind the mic, it was to work on the album Doctor Syntax. Released in 2002, the record was built around samples culled by Seb Lewsley with almost all the instruments played by Collins. After its release, Collins moved back to the producer's chair. Albums by Little Barrie, HAL, and Dave Couse were recorded at West Heath between 2002 and 2005. He also began working on a more acoustic and introspective solo album, but the sessions were cut short when Collins suffered two severe cerebral hemorrhages that left him unable to walk, move his right arm, or remember words. His stubborn nature and the undying support of his wife (and manager), Grace Maxwell, kept him on the road to recovery as he learned to walk, then talk, and finally sing again. After a brief attempt to return to the studio to mix the album he had recorded, Collins took extended time off to recover. During that period, he worked on drawing, quickly becoming a master of depicting birds and woodland creatures. Eventually, he and Lewsley went back to West Heath (which had been used by Collins' friend Bernard Butler while he convalesced) and finished mixing what became Home Again. The album, which showcased Collins' introspective side and soulful croon, was released on Heavenly Recordings in September 2007.

In 2010, Collins released Losing Sleep, his first new collection of songs since his illness. The album featured guest appearances from a wide range of collaborators -- including members of the Cribs, the Drums, Franz Ferdinand, and Little Barrie -- and showed that Collins was well along the road to recovery. As Collins continued to get stronger, he and James Endeacott, a former A&R man at Rough Trade, formed a new record label, Analogue Enhanced Digital, to release further records by Edwyn, new artists, and old chums like Roddy Frame. He also maintained a regular schedule of playing live shows, and in March of 2013 he released a new album for AED titled Understated. The LP was made with the core band of multi-instrumentalists Carwyn Ellis and Sean Read, Rails' guitarist James Walbourne, and long-time drummer Paul Cook. At the same time, he and Maxwell were working with filmmakers James Hall and Edward Lovelace on a documentary that charted Collins' comeback. Titled The Possibilities Are Endless, a phrase that Collins repeated over and over while in his hospital bed, it was released in 2014. A soundtrack album featuring old songs and newly recorded instrumentals was issued at the same time.

Around this time, Collins and Maxwell decided to leave London and West Heath behind and move to the Scottish Highlands, where they built a new studio complete with breathtaking views of the Moray Firth. Once constructed, it was used to record albums by bands like Hooton Tennis Club, Tracyanne Danny, Spinning Coin, and many others. Collins himself also worked there, and with Ellis and Read assisting him again, he recorded his third post-stroke album, Badbea. It was released in March 2019 by AED, after which Collins undertook some live shows to promote it. ~ Jason Ankeny & Tim Sendra, Rovi 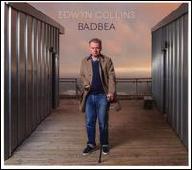 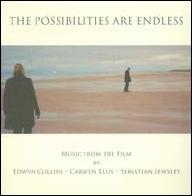 The Possibilities Are Endless
2014 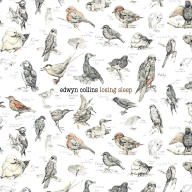 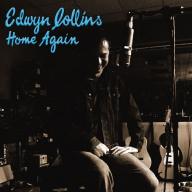 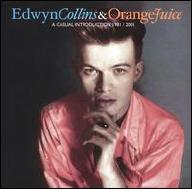 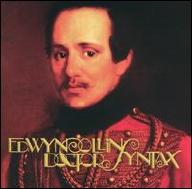 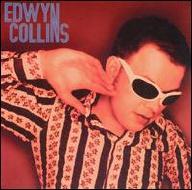 I'm Not Following You
1997
Videos
Close 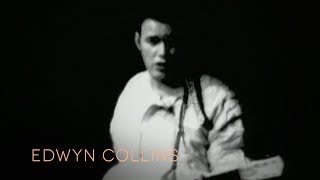 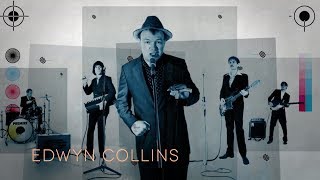 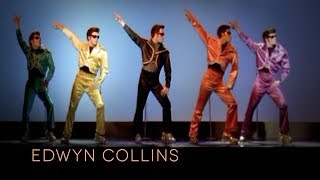 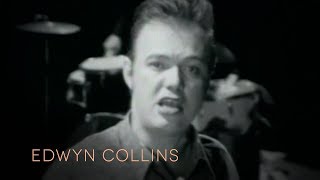 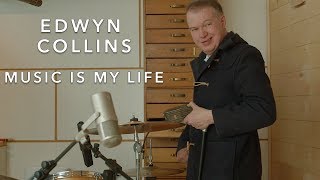 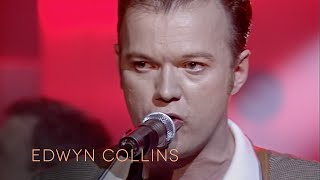 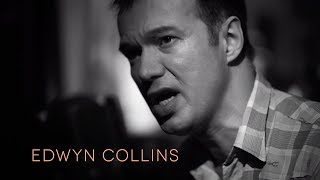