Close
James Reese Europe
from Mobile, AL
February 22, 1880 - May 9, 1919 (age 39)
Biography
James Reese Europe was born in Mobile, Alabama on February 22, 1880. Hoping to find opportunities not available to southern Blacks, Europe's father moved the family to Washington, D.C. James revealed an early penchant for leadership as well as music, studying violin with an assistant conductor of the United States Marine Band. When his father died suddenly in 1899, Europe's older brother John relocated to New York City to work as a pianist in that city's burgeoning Black musical scene. James followed him in early 1904, continuing his musical studies and eventually becoming a conductor for the orchestra and chorus of a short-lived musical farce, A Trip to Africa. Real success came in 1905 when he became a member of Ernest Hogan's Memphis Students, a theatrical production combining both vocal and instrumental musical entertainment. In 1905, he was recruited by Bob Cole (aka James Weldon Johnson) and J. Rosamond Johnson (who toured as Cole Johnson) as orchestral conductor for the landmark all-Black musical comedy The Shoo-Fly Regiment. This led Europe to engagements as conductor and composer for influential Black theater shows, such as The Black Politician (1906) and The Red Moon (1908). By this time, Europe had reached the pinnacle of his career as a composer for the musical stage. His successes in this venue were to be interrupted by a series of tragic events, notably the deaths of Ernest Hogan and Bert Williams' partner George Walker. By 1910, Black musicals were conspicuously absent from New York's midtown theaters, and the genre was not to reappear until the early '20s.

By this time, Europe was the leading figure in the establishment of the Clef Club, a social organization and professional guild for Black New York musicians. This effort included the creation of a symphony orchestra of 100 or more players drawn from the membership of the Clef Club, assembled with the intent to promote to a wider audience for the works of Black composers and performers. The Clef Club Symphony Orchestra performed a series of successful recitals in New York, culminating in A Concert of Negro Music held in Carnegie Hall on May 2, 1912. No event up to this time had done as much for the prestige of Black music and its performers as this Carnegie Hall appearance. Other engagements, including orchestra tours and additional Carnegie Hall concerts, would follow but eventually Europe would disassociate himself from the Clef Club and form a new organization, the Tempo Club.

In 1913, Europe became the musical director for the dance team of Vernon Irene Castle, an association destined to raise the profile of both Europe and his musicians. Vernon Irene Castle were at the forefront of a new movement which was geared toward gaining acceptance for, and promoting, the popularity of ballroom dancing. Many of the dances introduced by the Castles were drawn from ragtime and other non-traditional types of popular music. The Castles were impressed with the rhythmic facility of Europe's Society Orchestra, and requested that Europe accompany them exclusively. This would break down racial barriers in a time when the Emancipation Proclamation itself was barely a half-century old. In retrospect, the most enduring result of Europe's association with the Castles was his eight issued Victor recordings, made between December 1913 and May 1914. These are probably the first recordings by a Black instrumental ensemble, and are certainly the first of such an ensemble playing indigenous Black music by Black composers, including material written by Europe himself.

The collaboration between the Castles and Europe would continue until 1915. That year, British-born Vernon Castle volunteered for the British Air Service and began to serve as a combat pilot in World War I, which was already raging in Europe. Vernon Castle served with distinction and earned numerous citations for bravery in the European theater. Paradoxically, Castle would lose his life in an accident that happened as he was working as a flight instructor in Texas in February 1918.

World War I would also provide the last great adventure in the life of James Reese Europe. In 1916, as the United States was beginning to make its first few steps toward preparedness, the 15th National Guard Regiment was formed in Harlem, made up entirely of Black men. Europe was commissioned as a Lieutenant and ordered to organize a regimental band. The new unit under his leadership arrived in France on New Year's Day 1918. Europe's band was an immediate sensation, but the army brass didn't know what to do with a Black infantry regiment, so they were assigned as construction laborers. Later, their officers petitioned for a combat assignment, and the regiment was sent to the front attached to a French Army unit and renamed the 369th Regiment of the U.S. Army. The 369th would become famous as "The Hell Fighters," distinguishing itself in battle with multiple acts of heroism. The tales of the regimental band marching across "no man's land" to the strains of "The Memphis Blues" would imprint an indelible image on the public psyche back home, and spoke volumes about the potential and worth of Black Americans.

On February 9, 1919, the 369th arrived in New York. On February 17, the regiment was given a parade up Fifth Avenue and to Harlem. The unit was disbanded and the men given their discharge papers, but Europe decided to keep the band together. There were many offers to perform, and in March 1919, Europe's 369th Regiment Hell Fighters Band recorded 24 instrumental and six vocal ensemble sides for Pathé. It is also believed, but not confirmed, that a number of earlier sides made in France in 1918 and 1919 credited to the Scrap Iron Jazz Band were recorded by a small group drawn from the Hell Fighters' ranks.

On May 9, 1919, during a concert at Boston's Mechanic's Hall, Europe was attacked and stabbed by one of his drummers, Herbert Wright. Europe died a few hours later in a Boston Hospital at the age of 39. Jazz historians ignored the significance of James Reese Europe and his bands for many years. This started to change in 1995, when historian Reid Badger produced an excellent biography of Europe, A Life in Ragtime. Since then, most, if not all, of Europe's output of nearly 40 titles has appeared on CD, including releases on labels such as Fremeaux Associés, Memphis Archives, and IAJRC, providing contemporary listeners the opportunity to hear the band led by the man Eubie Blake once dubbed "the Martin Luther King of music." ~ Frank Powers, Rovi 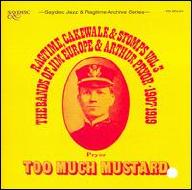 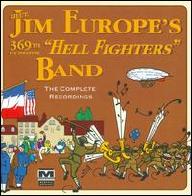 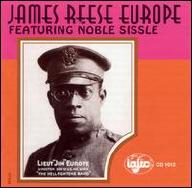 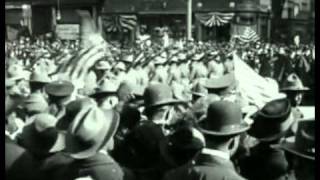 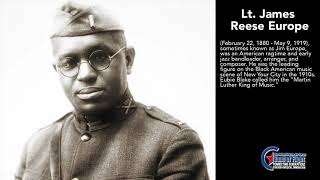 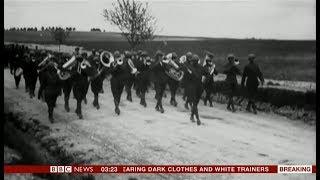 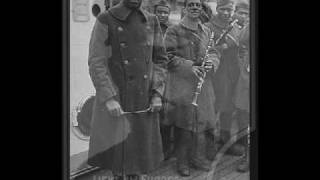 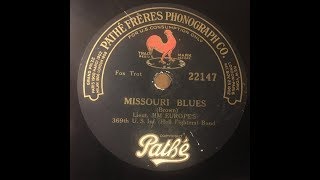 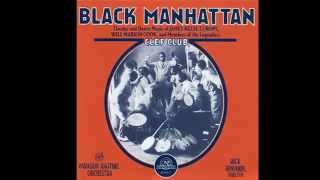 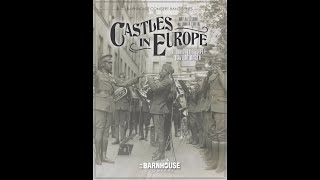