Close
Ocean Colour Scene
from Birmingham, England
formed January 1, 1989 (age 33)
Biography
Falling between the energetic pop/rock of mod revival and the psychedelic experimentations of Traffic, Ocean Colour Scene came to be one of the leading bands of the traditionalist, post-Oasis British rock of the mid-'90s. Although they had formed in the late '80s and had several hits during the height of Madchester in the early '90s, the band didn't earn a large following until 1996, when their second album, Moseley Shoals, became a multi-platinum success story in the U.K. Their ascent was greatly aided by Paul Weller and Oasis' Noel Gallagher, who both publicly praised Ocean Colour Scene for keeping the flame of real rock & roll burning during the '90s. And, according to one specific definition, they were right, since Ocean Colour Scene was nothing if not rock & roll traditionalists, drawing heavily from British Invasion pop, psychedelia, soul, R&B, and blues-rock to create a reverential homage to classic rock. Their devotion to trad rock may have earned them decidedly mixed reviews, but that was the very thing that earned them a sizable following.

Ocean Colour Scene is comprised of Steve Cradock (lead guitar, keyboards, vocals), Simon Fowler (lead vocals, guitar), Damon Minchella (bass), and Oscar Harrison (drums). Prior to forming in 1990, the members of the band had played in a variety of other groups. During the late '80s, Cradock played in a mod revival band called the Boys. Though they released an independent EP called Happy Days and supported former Small Faces frontman Steve Marriott, the band never gained much of an audience. At the same time the Boys were active, Fowler and Minchella were in a Velvet Underground-influenced group called Fanatics, who released an EP, Suburban Love Songs, on the independent label Chapter 22 in the spring of 1989. Following the release of the single, the group's original drummer, Caroline Bullock, was replaced by Harrison, who had previously played with a reggae/soul band called Echo Base. Shortly after Harrison joined Fanatics, the group split up. Several months after their disbandment, Fowler, Minchella, and Harrison formed Ocean Colour Scene with Cradock, whom they met at a Stone Roses concert.

Appropriately, Ocean Colour Scene was initially heavily influenced by the Stone Roses. After performing a few concerts, the group built a small fan base and signed with a local indie label, !Phfft. Shortly after signing with !Phfft, Ocean Colour Scene became hyped as "the next big thing" by the British music weekly press, as their live shows and debut single, "Sway," earned extremely positive reviews during the first half of 1990. In the spring of 1991, they headed into the studio to record the debut album with Jimmy Miller, who worked on the Rolling Stones' classic albums of the late '60s and early '70s. Instead of concentrating on work, the band essentially drank away their hours in the studio, resulting in a batch of uneven recordings. Unsatisfied by the tapes, the band headed back into the studio with Hugo Nicolson, who had previously worked with Primal Scream.

By the time they completed the record, !Phfft had been acquired by Fontana Records, who bought the indie with the intent of owning the rights to Ocean Colour Scene. Despite their enthusiasm for the band, the label's head of A&R, Dave Bates, rejected the group's first attempt at the album and asked them to re-enter the studio to re-record most of the album with another producer, Tim Palmer, who had previously worked with Tin Machine. Palmer also remixed the remaining cuts, resulting in a slick, over-produced debut album that was delivered belatedly in the spring of 1992. By that time, the music press had abandoned the Madchester scene that the Stone Roses spawned and, in turn, they rejected the return of Ocean Colour Scene. The public also refused to buy the record and it sank upon its release. The band made some headway on an American tour, but tensions with Fontana continued to increase throughout the year.

Ocean Colour Scene returned to England halfway through the year, planning to record a new album quickly, but Bates rejected their new material. Soon, the band sued to get out of its Fontana contract. By the time it was settled in early 1993, the group owed hundreds of thousands of pounds to the label and they were back on the dole. Ocean Colour Scene continued to rehearse, often supported by their manager (and Steve's father), Chris Cradock, who put the family house up for mortgage. The band converted their rehearsal space into a recording studio and began recording constantly, but their break didn't arrive until they played a gig supporting Paul Weller's new band in early 1993. Weller was impressed with Steve Cradock's playing, and asked him to play on his forthcoming single, "The Weaver." Cradock gradually became part of Weller's backing band, performing on much of Weller's second solo album, Wild Wood. However, the guitarist didn't abandon Ocean Colour Scene -- all the money he was making was funneled back into the band, and he landed Fowler a gig as a backing vocalist for Weller. By the end of the 1993, Cradock, Fowler, and Minchella were all playing in Weller's band.

The next break for Ocean Colour Scene arrived in late summer of 1994, when Noel Gallagher, the leader of Oasis, heard the band's tape in the offices of his record label. Gallagher offered OCS the opening slot for Oasis' breakthrough fall 1994 tour, which provided the group with needed exposure. Soon, the group was subject to a bidding war among several major labels, all of whom wanted the band to change their name. Eventually, the band signed with MCA in the summer of 1995; they were one of the few labels not to insist that the group change their name.

During early 1996, the hype machine began to go into overdrive for Ocean Colour Scene, as Gallagher proclaimed them the best band in Britain in several interviews and Chris Evans, a DJ on BBC's Radio 1, constantly played OCS's comeback single, "The Riverboat Song," essentially using it as his theme song. "The Riverboat Song" entered the charts at number 15 early in 1996. Moseley Shoals, the band's second album, was released in April of 1996, unexpectedly entering the charts at number two. The album was a fixture in the British Top Ten throughout 1996, spending six months total in the upper regions of the charts. Two subsequent singles from the record, "You've Got It Bad" and "The Day We Caught the Train," reached the Top Ten and the album continued to sell strongly throughout 1996, going multi-platinum in the U.K. Ocean Colour Scene also became a popular live attraction in Britain, selling out concerts during their summer tour. Moseley Shoals was released in America during the summer, but it failed to make much of an impact in the U.S.

As they were working on their third album, Ocean Colour Scene released the rarities compilation B-Sides: Seasides Freerides in March 1997. By the late summer they had completed the album and had released "Hundred Mile City" as a single; it debuted at number two on the U.K. charts. Marchin' Already, OCS' third album, was released in September 1997 and debuted at number one in the U.K., knocking Oasis' Be Here Now off of the top slot. One from the Modern arrived in 1999, followed by Mechanical Wonder and the greatest-hits collection Songs for the Front Row: The Very Best of Ocean Colour Scene in 2001. North Atlantic Drift was released in 2003, followed by Hyperactive Workout for the Flying Squad in 2005. Live Acoustic: At the Jam House arrived in 2006, followed by a collection of all-new material, On the Leyline, in 2007. On February 1, 2010, to mark the 21st anniversary of the band, Ocean Colour Scene released an all-new collection of studio recordings called Saturday, which was followed later in the year by the box set retrospective 21. OCS spent a fair chunk of 2011 celebrating the 15th anniversary of Moseley Shoals -- their 1996 breakthrough that saw a double-disc deluxe reissue in 2011 -- and then in the next year they started work on a new album called Painting, which was released in February 2013. ~ Stephen Thomas Erlewine, Rovi 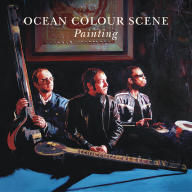 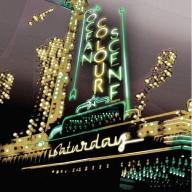 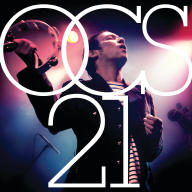 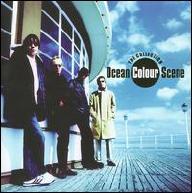 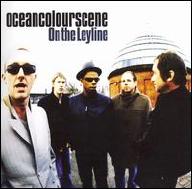 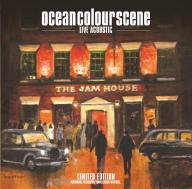 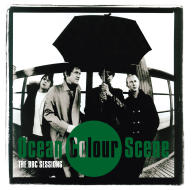 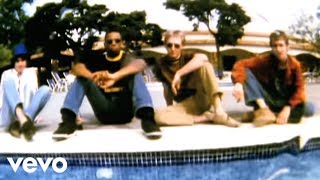 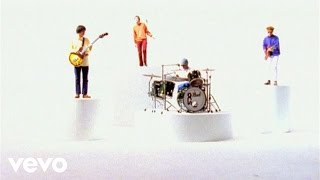 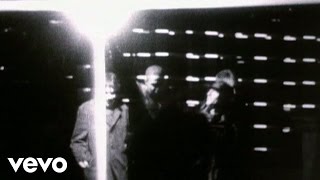 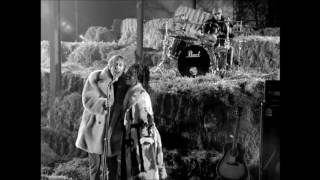 It's A Beautiful Thing 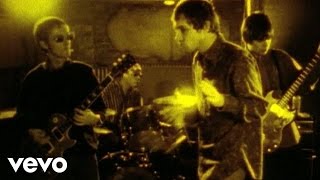 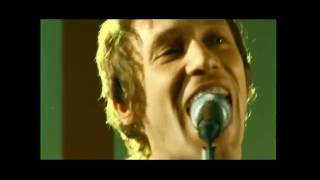 Up On The Downside 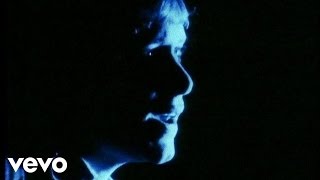