Close
Paul Weller
from Woking, Surrey, England
May 25, 1958 (age 64)
Biography
Paul Weller began his musical career as an angry teenage punk obsessed with old records. Throughout his long career, he thrived in the place where the past meets the present, creating forward-thinking music with deep roots. When he led the Jam, the most popular British rock band of the punk era, he spun his love of the Beatles, the Kinks, and the Who into vital punk rock, spearheading the mod revival of the late 1970s. During the final days of the Jam, he developed a fascination with Motown and soul, which led him to form the sophisti-pop group the Style Council in 1983. As the Style Council's career progressed, Weller became increasingly infatuated with jazz and house music, interests that helped push the group toward the fringes of pop by the dawn of the 1990s. Weller went solo soon afterward, combining classic soul with the hippie prog rock of Traffic, coloring the margins with tasteful electronica influence. His creative rebirth coincided with the rise of Britpop, a movement rife with rockers who considered Weller a formative influence. Stanley Road, his 1995 album, turned into a multi-platinum blockbuster that gave him popular momentum for another decade, after which time he experienced another artistic renaissance with 22 Dreams. The 2008 double album sparked a series of adventurous records that blended rock, soul, and electronic music, a hybrid that could be as spacy as 2020's On Sunset or as vibrant as 2021's Fat Pop, Vol. 1.

Weller's climb back to the top of the charts as a solo artist was not easy. After Polydor rejected the Style Council's house-influenced fifth album in 1989, Weller broke up the group and lost both his record contract and his publishing deal. Over the next two years, he was in seclusion as he revamped his music. In 1991, he formed the Paul Weller Movement and released "Into Tomorrow" on his own independent label, Freedom High Records. A soulful, gritty neo-psychedelic song that represented a clear break from the Style Council, "Into Tomorrow" reached the U.K. Top 40 that spring, and he supported the single with an international tour, where he worked out the material that comprised his eponymous 1992 solo debut. Recorded with producer Brendan Lynch, Paul Weller was a joyous, soulful return to form that was recorded with several members of the Young Disciples, former Blow Monkey Dr. Robert, and Weller's then-wife, Dee C. Lee. The album debuted at number eight on the U.K. charts, and was received with positive reviews.

Wild Wood, Weller's second solo album, confirmed that the success of his solo debut was no fluke. Recorded with Ocean Colour Scene guitarist Steve Cradock, Wild Wood was a more eclectic and ambitious effort than its predecessor, and it was greeted with enthusiastic reviews, entering the charts at number two upon its fall 1993 release. The album would win the Ivor Novello Award for Outstanding Contemporary Song Collection the following year. Weller supported the record with an extensive tour that featured Cradock as the group's leader; the guitarist's exposure on Wild Wood helped him successfully relaunch Ocean Colour Scene in 1995. At the end of the tour, Weller released the live album Live Wood late in 1994. Preceded by "The Changingman," which became his 17th Top Ten hit, 1995's Stanley Road was his most successful album since the Jam, entering the charts at number one and eventually selling nearly a million copies in the U.K.

By this point, Weller decided to stop attempting to break into the United States market and canceled his North American tour. Of course, he was doing so well in the U.K. that he didn't need to set his sights outside of it. Stanley Road may have been greeted with mixed reviews, but Weller had been re-elevated to his status as an idol, with the press claiming that he was the father of the thriving Britpop movement, and artists like Noel Gallagher of Oasis singing his praises. In fact, while neither artist released a new album in 1996, Weller's and Gallagher's influence was felt throughout the British music scene, as '60s roots-oriented bands like Ocean Colour Scene, Cast, and Kula Shaker became the most popular groups in the U.K.

Weller returned in the summer of 1997 with Heavy Soul, and Modern Classics: Greatest Hits followed a year later. Heliocentric -- which at the time of its release he claimed was his final studio effort -- appeared in the spring of 2000. The live record Days of Speed arrived in 2001, and he released his sixth studio album, Illumination, in 2002. A collection of covers called Studio 150 came out in 2004, followed by an all-new studio release, As Is Now, in October 2005 on Yep Roc. Released in 2006, Catch-Flame! Live at the Alexandra Palace preceded Yep Roc's mammoth Hit Parade box set. It was followed in 2008 by 22 Dreams, a two-disc studio epic that managed to touch on all of Weller's myriad influences. His tenth solo album, Wake Up the Nation, was released in 2010 and it proved another success, earning a nomination for the Mercury Music Prize.

His next album, Sonik Kicks, arrived in the spring of 2012; it debuted at number one in the U.K. and was eventually certified silver. The summer of 2014 brought More Modern Classics, a second solo hits compilation that rounded up the singles Weller released after Heavy Soul. The next spring, he returned with his 12th solo album, the lush, spacy Saturn's Pattern; critically acclaimed, it went to number two in the U.K. and was also certified silver. He added another string to his bow in 2017 with the release of his first motion picture score, for the low-budget drama Jawbone, a biopic of former British youth boxing champion Jimmy McCabe. Not long afterward, Weller delivered his 13th album, the soulful A Kind Revolution, which featured cameos by Robert Wyatt and Boy George.

Paul Weller quickly followed A Kind Revolution with True Meanings, an acoustic-based, orchestrated album that appeared in September 2018. He promoted True Meanings with a series of concerts at Royal Festival Hall, orchestral shows that later became the basis for the 2019 live album Other Aspects. He kicked off 2020 with In Another Room, an experimental four-song EP on the Ghost Box label, then he returned to Polydor for On Sunset, an adventurous soul-electronic hybrid that found him reuniting with Jan Kybert, who had co-produced Saturn's Pattern. Ever industrious, Weller completed his next album shortly after On Sunset's release. That record, the eclectic Fat Pop, Vol.1, featured Weller's daughter Leah, and appeared in May 2021. Right around that time, Weller presented a special concert of classic songs taken from all eras of his long career. Arranged by Jules Buckley and performed by the BBC Symphony Orchestra, along with Weller's longtime guitarist Steve Cradock, the show was first broadcast over the airwaves by the BBC, then released in December under the name An Orchestrated Songbook. ~ Stephen Thomas Erlewine, Rovi 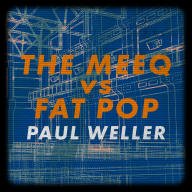 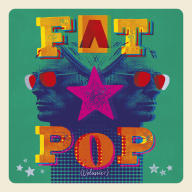 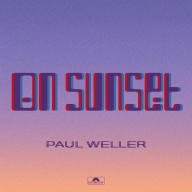 Other Aspects [Live at the Royal Festival Hall]
2019 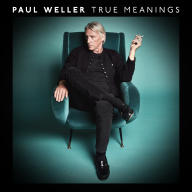 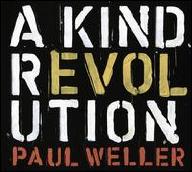 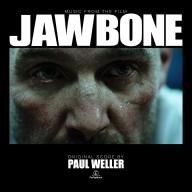 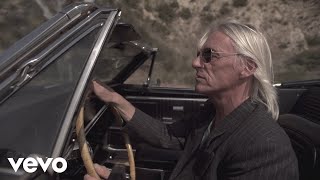 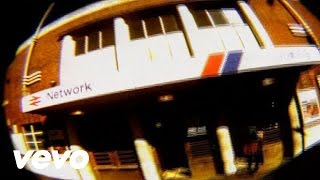 Paul Weller - You Do Something To Me (Official Video) 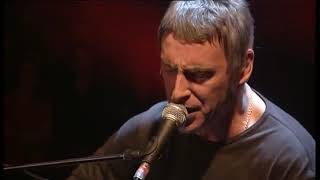 Paul Weller - You Do Something To Me (Live) 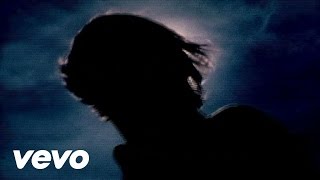 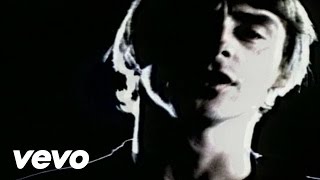 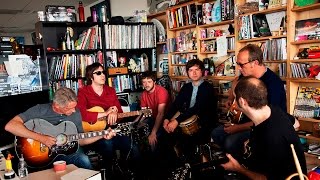 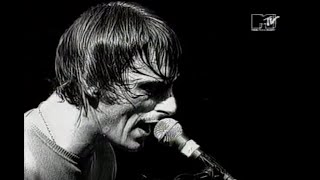 Paul Weller - You do something to me (Rare Live)
Available here: