Close
Lucky Peterson
from Buffalo, NY
December 13, 1964 - May 17, 2020 (age 55)
Biography
A prodigy in blues and R&B, Lucky Peterson matured from being a boy wonder to a respected veteran musician over the course of a half-century. Making his professional debut at an age when most kids are in kindergarten, Peterson matured into a skillful instrumentalist with a sharp, incisive attack on guitar and a funky keyboard sound that splits the difference between soul and gospel, as well as a rich, flexible voice that's passionate but doesn't overplay its hand. While his earliest recordings are more than capable novelties, 1989's Lucky Strikes was the work of a grownup making the most of his talent, and 1990's Triple Play doubled down on the confidence of the earlier set. 1996's Spirituals Gospel: Dedicated to Mahalia Jackson was a powerful, reverent collaboration with vocalist Mavis Staples, while Lifetime, issued the same year, added contemporary funk and hip-hop accents to his mix. 2003's Black Midnight Sun was a tough blowing session with co-stars Bill Laswell and Jerome Bigfoot Brailey, and 2010's You Can Always Turn Around allowed him to show off his take on Mississippi Delta-style acoustic steel guitar.

Lucky Peterson (aka Judge Kenneth Peterson) was born in Buffalo, New York on December 13, 1964. His father, James Peterson, was a musician who also ran a nightclub that catered to blues acts. James coached young Lucky on the organ, and he soon became a remarkably strong player for his age. Lucky began playing occasional sets at his father's club, and legendary songwriter and producer Willie Dixon saw him play and began spreading the word. In 1971, Today Records released Peterson's debut album, Our Future: Five Year Old Lucky Peterson, and appearances on The Ed Sullivan Show, The Tonight Show, and What's My Line followed. Peterson and his dad teamed up for the 1972 release of The Father The Son The Blues, but the boy's initial burst of fame passed, and he dropped out of performing for a while. Peterson didn't lose interest in music, and as a teenager he attended the Buffalo Academy for Visual and Performing Arts, where he added French horn to his repertoire and joined the school orchestra. He also spent several years mastering the guitar after picking up the instrument when he was eight, and when he was 17, Little Milton hired him to play in his road band. He would later spend three years accompanying Bobby Blue Bland on tour, and he also backed up Otis Rush, Etta James, and Kenny Neal.

1984 brought another solo album, Ridin', for the French Isabel Records imprint, but Peterson properly rebooted his career as an adult when he got to know producer Bob Rattlesnake Greenlee, who helped him land a record deal with the powerful Chicago blues label Alligator, and was at the controls of Peterson's label debut, 1989's Lucky Strikes. The album fared well with blues fans, and he followed it up with Triple Play in 1990. Next came 1991's Ernestly, cut in tandem with guitarist Ernie Lancaster for Ichiban. Verve Records snapped up Peterson, and 1993's I'm Ready would be his first release for a major label. Five more albums for Verve would follow, including 1996's Spirituals Gospel: Dedicated to Mahalia Jackson, a collaboration with gospel and soul icon Mavis Staples, and 2001's Double Dealin'.

Peterson's first album after parting ways with Verve was 2003's Black Midnight Sun, an unusual project that saw him playing alongside Material founder Bill Laswell and former Parliament/Funkadelic drummer Jerome Bigfoot' Brailey. In 2006, he was part of the backing band for Blue Note Sessions, a jazz album from noted classical violinist Nigel Kennedy where he performed alongside Ron Carter, Jack DeJohnette, and Danny Sadownick. The French branch of Universal Music released a trio of "Organ Soul" albums from Peterson in 2009, Brother Where Are You?, Mercy, and The Music Is the Magic. These were just a handful of the 17 albums the prolific Peterson would cut for various labels between 2004 and 2016, as he moved back and forth between guitar and keyboards covering blues, jazz, and funk. In 2019, he celebrated a half-century of making music with the LP 50: Just Warming Up! The title proved to be sadly incorrect; less than a year later, Lucky Peterson died in Dallas, Texas at the age of 55. ~ Mark Deming, Rovi 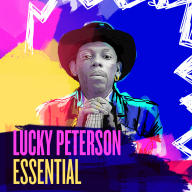 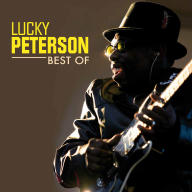 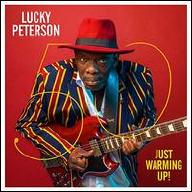 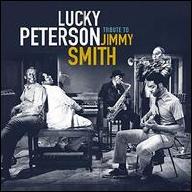 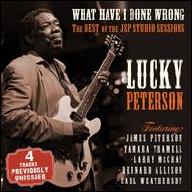 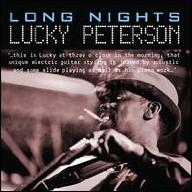 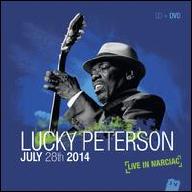 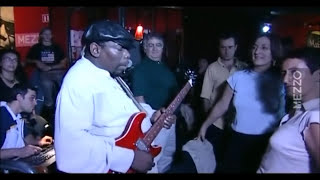 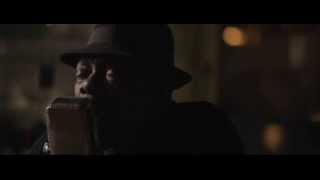 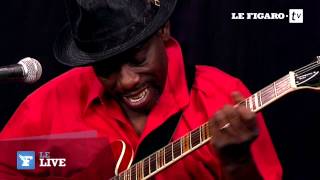 Lucky Peterson - «The Son Of A Bluesman» 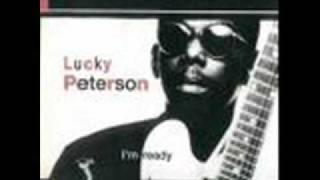 Lucky Peterson Who's Been Talkin 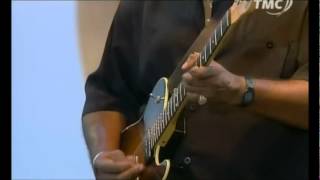 Is it because I'm Black, Lucky Peterson 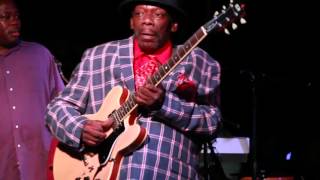 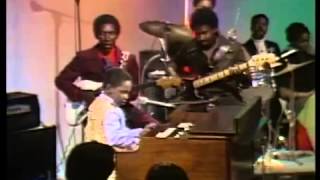