Close
Jim Gordon
from Los Angeles, CA
July 14, 1945 (age 76)
Biography
Jim Gordon is one of the more renowned rock drummers of the early '70s, and also one of the saddest cases in rock music. Born in California in 1945, Gordon began playing drums as a boy, and by the end of the 1960s was one of the top drummers in Los Angeles, having worked with the Everly Brothers, Joe Cocker, Andy Williams, and Glen Campbell, among others. Over six feet tall and extremely muscular, he created a startling figure on-stage and played with a power and stamina that made him a top choice among the younger generation of percussionists. He was one of the two busiest session drummers in Los Angeles, second only to the legendary Hal Blaine, when he found himself unexpectedly thrust into a regular band situation -- he was recruited into the Delaney Bonnie band after their regular drummer, Jim Keltner, pulled out ahead of a tour. The Delaney Bonnie tour paired him off with veteran bassist Carl Radle, with whom Gordon became a musical double act over the next couple of years.

Thanks to Eric Clapton's association with Delaney Bonnie and his appreciation of their work, Gordon and Radle, along with keyboard player Bobby Whitlock, ended up on Clapton's first solo album and also played with Clapton on George Harrison's All Things Must Pass -- that album, in turn, paired him with Ringo Starr, then the most famous drummer in the world (albeit not for being a drummer so much as being the Beatles' drummer), and elevated him to star status before the public; his drumming became some of the most recognizable in the business, second only to Blaine and perhaps Ringo. It was then a short jump -- growing out of the "Apple Jam" sessions on the Harrison album -- to the formation of Derek and the Dominos, the Eric Clapton band whose short-lived career generated the single Layla and the accompanying album, which became two of the biggest selling records of the 1970s. Gordon not only played on the album but also co-authored the title song with Clapton, contributing the extended instrumental finale. Over the next few years, Gordon was fully employed within the music business and highly visible, playing with everyone from Joan Baez to Frank Zappa.

Behind his fame and success, however, was a dark side to Gordon's persona that few listeners and few fellow musicians ever knew about. Gordon had always seemed an improbable match to his profession and era, a wide-eyed, all-American-looking California type who only fit in with the late-'60s rock fast lane by virtue of his talent. In retrospect, that division between his appearance and demeanor, and his career and environment, seemed to reflect something more serious in the way of a split within Gordon himself. Behind that all-American mask was a personality torn by serious psychological demons -- the details are sketchy at best, but involve schizophrenia and other aspects of mental illness. As early as 1969 he would go off for days in spurts of bizarre, self-destructive private behavior. According to some accounts, he often heard a "voice" inside of his head that directed him at various times to act out -- whatever the particulars and the pathology, by 1981, he was unable to continue in music, and finally, in 1983, the voice told Gordon to kill his mother, which he did. He was sentenced in 1984 to a term of 16 years to life, and remains in prison as of 2003.

Ironically, thanks to his composer's credit and the continued sales, radio play, and licensed uses of Layla -- including Clapton's Grammy-winning acoustic re-recording -- and some of the other records on which he worked to which he is entitled to royalties, Gordon is probably in the best legitimate financial condition of virtually any non-white-collar/non-drug felon in California. Coupled with the deaths of Duane Allman and Carl Radle, and the self-imposed retirement for years of Bobby Whitlock, Gordon's fate only fits into the unfulfilled promise and the tragic, star-crossed lives of every member of the Dominos -- one of the great superstar groups of the 1970s, despite their short existence -- except for Eric Clapton. ~ Bruce Eder, Rovi 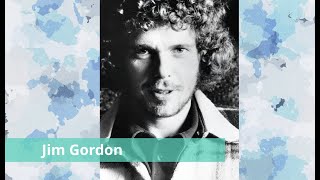 The Sad Tale of Jim Gordon 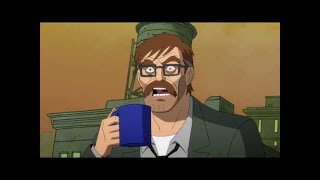 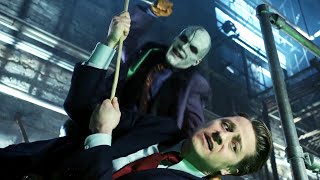 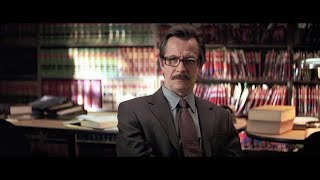 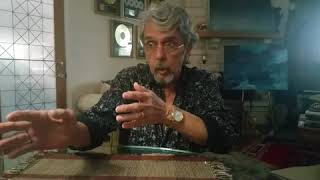 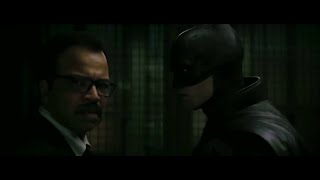 The Batman - The Batman punches Jim Gordon - In Theaters March 4 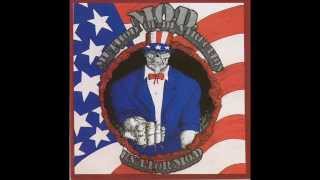