Close
Kiri Te Kanawa
from Gisborne, New Zealand
March 6, 1944 (age 78)
Biography
Praised for her unparalleled acting ability and beautiful soprano voice, Dame Kiri Te Kanawa is among the most celebrated opera stars of her generation. A star attraction at opera houses and recital halls around the world, Te Kanawa was elevated to celebrity status with a performance at the wedding of Prince Charles and Princess Diana. Te Kanawa is especially known for her Mozart and Richard Strauss roles, though her performances and extensive recording catalog covered operas by many composers as well as concert works, musical theater, recitals, and even jazz and blues, reaching well beyond the realm of strictly classical music listeners. Te Kanawa was given the Lifetime Achievement Award from the Gramophone Classical Music Awards in 2017.

Te Kanawa was born Claire Mary Teresa Rawstron on March 6, 1944, in Gisborne, New Zealand. She was adopted as an infant by Thomas and Nell Te Kanawa, who named her Kiri after Thomas' father. Studying with Dame Sister Mary Leo Niccol, she began her career performing in New Zealand clubs. A win at the 1965 Mobil Song Quest awarded her a grant to study in London. That year, her first recording was issued, an EP containing the Nuns' Chorus from Johann Strauss II's Casanova and Handel's "Let the Bright Seraphim" from Samson. This recording became the first-ever gold record produced in New Zealand. In 1966, after appearing in the film Don't Let It Get You and winning the Sun Aria contest in Melbourne, Te Kanawa enrolled at the London Opera Center, where she studied with Vera Rózsa and James Robertson. Shortly after, she made her first stage appearance as the Second Lady in Mozart's Die Zauberflöte.

In 1969, Te Kanawa appeared as Elena in Rossini's La donna del lago at the Comden Festival and made her debut at Covent Garden in the role of Xenia in Mussorgsky's Boris Godunov the following year. Her U.S. debut came in the summer of 1971 at the Santa Fe Opera as the Countess in Mozart's Le nozze di Figaro, which also featured a young Frederica von Stade. Te Kanawa's career took off when she reprised the role later that year at Covent Garden under Sir Colin Davis. After her audition for the role, Davis was quoted in The Royal Opera House in the Twentieth Century as saying, "I couldn't believe my ears…. Let's hear her again and see if we're not dreaming." While her Countess made Te Kanawa famous, she quickly expanded her repertoire, adding roles in the Mozart operas Don Giovanni, Così fan tutte, and Die Zauberflöte. Her Metropolitan Opera debut came in 1974 as a short-notice substitute for Teresa Stratas as Desdemona in Verdi's Otello. Te Kanawa continued to make major opera house debuts throughout the 1970s, and in 1977 at the Houston Grand Opera, she made her first appearance in the titular role in Richard Strauss' Arabella, a composer whose works also garnered her fame. Other R. Strauss roles she championed were the Countess in Capriccio and Marschallin in Der Rosenkavalier.

In 1981, Te Kanawa performed at the wedding of England's Prince Charles and Princess Diana, and her performance of "Let the Bright Seraphim" was broadcast worldwide to an audience of more than 600 million viewers. The following year, she was made a Dame of the Order of the British Empire for services to opera and was named Artist of the Year by Gramophone magazine. Leonard Bernstein tapped Te Kanawa in 1984 to star alongside tenor José Carreras as his leads in a new recording of West Side Story, with the composer conducting. The recording was released in 1985, along with a documentary made during the recording sessions, The Making of West Side Story. The new recording was a hit, earning a Grammy Award for Best Cast Show Album.

Te Kanawa remained active into the 21st century, stepping back from operatic appearances but remaining busy as a recitalist, concert soloist, educator, and recording artist. In 2004, she founded the Kiri Te Kanawa Foundation in New Zealand to mentor, support, and offer financial assistance to young musicians. In 2010, with BBC Radio 2, she held the Kiri Prize Competition, which received more than 600 auditions. The winner, Shuna Scott Sendall, performed with Te Kanawa and Carreras at the BBC Proms that fall. That year, Te Kanawa made two appearances as Marschallin at the Cologne Opera and returned to the Met as the Duchess in Donizetti's La fille du regiment, a speaking part, reprising this role over the next few years at several opera houses. In 2013, she was featured on the television series Downton Abbey as Dame Nellie Melba. Te Kanawa's final performance, though only she knew at the time, was in a 2016 concert in Ballarat, Australia. She officially announced her retirement in 2017 but continued teaching and mentoring young singers. That year, she was awarded the Lifetime Achievement from the Gramophone Classical Music Awards. Auckland's Aotea Centre renamed its ASB Theatre the Kiri Te Kanawa Theatre in 2019, with the famed soprano honored with a gala at its unveiling. ~ Keith Finke, Rovi 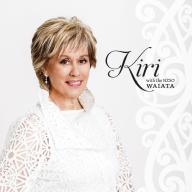 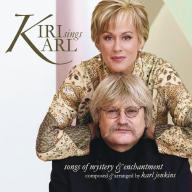 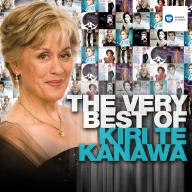 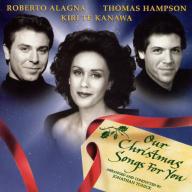 Our Christmas Songs for You
2014 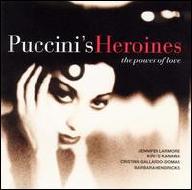 Puccini's Heroines: The Power of Love
2002 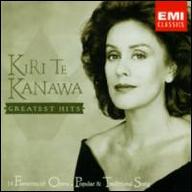 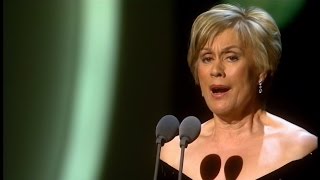 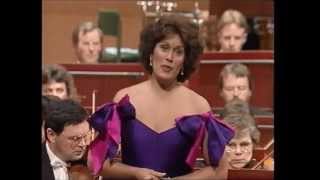 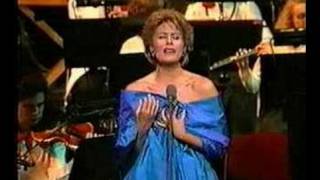 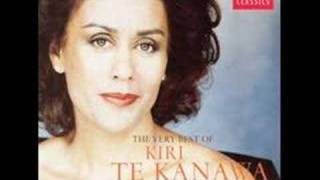 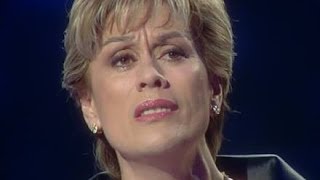 Dame Kiri Te Kanawa 'The Heart Is Slow To Learn' 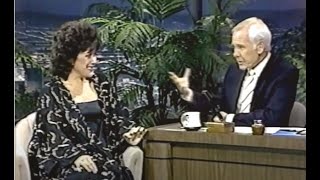 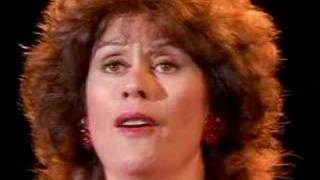