Close
Bill Cosby
from Philadelphia, PA
July 12, 1937 (age 84)
Biography
Although African-American comedians had long been a staple of the standup circuit prior to the emergence of Bill Cosby, none had come even remotely close to reaching the same heights of commercial success or universal acceptance. Before Cosby, Black comics were largely relegated to the so-called "chitlin circuit" of Black nightclubs and theaters, their albums banned from white-owned record stores; after Cosby, comedians of all racial and cultural backgrounds found a home in the mainstream, and were even given the opportunity to prove their talents in major film and television roles. Simply put, Cosby broke comedy's color barrier, and he set the stage for the widespread success of everyone from Richard Pryor to Eddie Murphy.

William H. Cosby, Jr. was born in Philadelphia on July 12, 1937. The son of a maid and an absentee father, he grew up in abject poverty, ultimately dropping out of high school to join the Navy. After earning his diploma through correspondence courses, he won a football scholarship to Temple University; while taking classes during the day, he tended bar in the evenings, where his easy ability to make customers laugh resulted in the decision to pursue a career in comedy.

Cosby quickly distinguished himself from his peers in a number of ways: not only did his relaxed, conversational style rely on warm, anecdotal childhood recollections instead of one-liners and gags, but unlike other Black comedians, he refused to tell racial jokes or use profanities, establishing himself as a talent suitable for all ages and backgrounds. As a result, his success was immediate: his Grammy-nominated 1963 debut, Bill Cosby Is a Very Funny Fellow...Right! established him as an overnight star as his breezy comic sensibility marked a significant shift away from the "sick" comedy of Lenny Bruce and Shelley Berman then so much in vogue.

Released in 1964, I Started Out as a Child -- the first of a record six consecutive Grammy-winning releases -- proved even more popular with audiences, and soon Cosby was contacted by television producer Sheldon Leonard to star with Robert Culp in the espionage series I Spy. Despite controversy -- a number of Southern affiliates threatened not to air the show -- Leonard stood firm, and Cosby became the first Black actor ever to star in a dramatic program; ultimately, the show was a huge hit, and he even won an Emmy Award for his portrayal of Agent Alexander Scott.

Even at the series' peak, he continued writing and performing standup, issuing the Top 20 hit Why Is There Air? in 1965. After 1966's Wonderfulness reached the Top Ten, Cosby hit his commercial peak the following year with Revenge, which rose to the number two spot. Significantly, the album also marked the debut of Fat Albert and his gang, a group of beloved Cosby characters that later formed the basis of a long-running animated series for children. A flurry of releases followed as Cosby fulfilled his Warner Bros. contract with 1968's To Russell, My Brother Whom I Slept With and 200 M.P.H.; along with the following year's It's True! It's True!, the two-record 1969 set 8:15/12:15 appeared on Tetragrammatron, a short-lived label which the comedian co-owned.

After signing to Uni, he issued a self-titled 1969 effort, followed by the sitcom The Bill Cosby Show. With the program, Cosby suffered his first major artistic setback; although NBC committed to two seasons of the show, ratings were weak, and at the end of the two-year period, NBC pulled the plug. Although albums like 1970's Live: Madison Square Garden Center and When I Was a Kid were successful, the period following the series' cancellation marked a crossroads for Cosby; his well of childhood reminiscences was running dry, and he clearly needed to explore new ground.

Consequently, beginning with 1971's For Adults Only, he made a concerted shift toward more mature material; while still not risqué, his routines reflected a more grown-up attitude and sensibility. That same year he launched The New Bill Cosby Show, a disastrous variety program that lasted only one season. Not surprisingly, he took a subsequent hiatus from television; after recording 1972's Inside the Mind of Bill Cosby and the next year's Fat Albert, he shifted his focus to film, teaming with Sidney Poitier in 1974 for Uptown Saturday Night, the first in a successful series of crime comedies that also included 1975's Let's Do It Again and 1977's A Piece of the Action.

Regardless of his success in other media, Cosby continued his prolific recording output; with 1976's Bill Cosby Is Not Himself These Days (Rat Own, Rat Own, Rat Own) and 1977's Disco Bill, he satirized current trends in R&B. (In the late '60s and early '70s, he also recorded a number of "straight" music albums like Silver Throat Sings and At Last Bill Cosby Really Sings.) After another failed television attempt, 1976's children's prime-time variety program Cos, he came back to standup with a vengeance for 1977's My Father Confused Me, What Should I Do?, a return to the family-oriented vignettes that first won him an audience. Released in 1978, Bill's Best Friend continued the trend, as well as offering cautionary messages against alcohol and drug use, while the popularity of concert films -- primarily those of Richard Pryor -- sparked the 1982 feature and soundtrack Bill Cosby: Himself.

After keeping a low profile for several years, he resurfaced in 1984 with The Cosby Show, an NBC series inspired largely by his own family experiences. The show was an unparalleled success that brought new life to the sitcom format -- a vehicle pronounced dead by many onlookers -- and quickly shot to the number one slot in the Nielsen ratings, a position where it remained throughout the majority of its eight-season run. Although his popularity was never in question before the show's debut, The Cosby Show made its titular star even more of a success; not only was he the most popular and beloved talent on television, but he also became a successful author, and in 1986 he also returned to recording with the album Those of You with or Without Children, You'll Understand. Only film remained impenetrable, as both 1987's abysmal Leonard, Part 6 and 1990's similarly bad Ghost Dad bombed miserably.

After the 1991 LP Oh Baby, the comedian opted to end production of The Cosby Show to explore new endeavors. The first, a syndicated update of the old Groucho Marx quiz show You Bet Your Life, ended after only one season; the second, The Cosby Mysteries, fared no better. Clearly, his audience wanted to see the performer in his natural milieu; accordingly, the family sitcom Cosby debuted in 1996. Two years later, he became the host for Kids Say the Darndest Things, which enjoyed four seasons on the CBS network. The 2000s found Cosby working with music -- first with State of Emergency, a hip-hop album concerned with social issues, and later with Bill Cosby Presents Badfoot Brown and the Bunions Bradford Funeral Marchi, an official re-release of the 1971 jazz-funk album featuring Cosby on the electric piano. In 2013, the Comedy Central network aired Far from Finished, his first filmed concert special in 30 years. ~ Jason Ankeny, Rovi 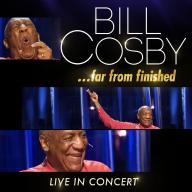 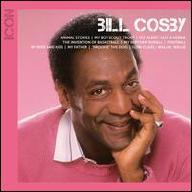 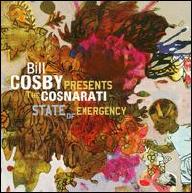 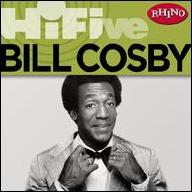 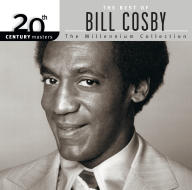 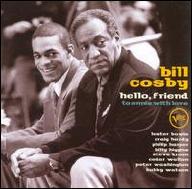 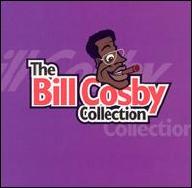 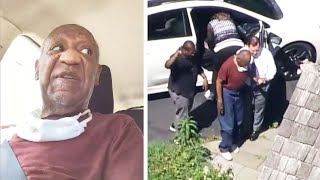 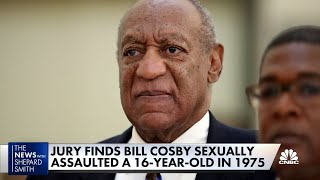 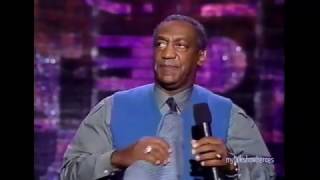 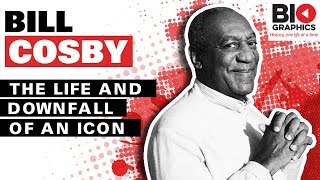 Bill Cosby: The Life and Downfall of an Icon 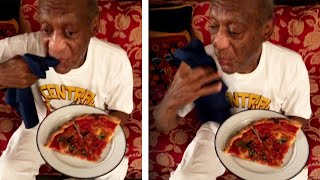 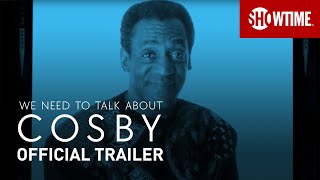 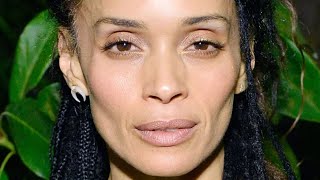