Close
Helen Forrest
from Atlantic City, NJ
April 12, 1917 - July 11, 1999 (age 82)
Biography
For most of World War II, Helen Forrest's voice was "the voice of the name bands," and a musical symbol of what American soldiers were fighting to return to. I've Heard That Song Before, I Don't Want to Walk Without You, and I Had the Craziest Dream, all cut with the Harry James Orchestra, were among the biggest hits of the early years of World War II, and her subsequent records with Dick Haymes, including Long Ago and Far Away, It Had To Be You, Some Sunday Morning, and I'm Always Chasing Rainbows, were equally recognizable signatures from the later part of World War II.

Helen Forrest was born Helen Fogel in Atlantic City, and reached her teens in the years of the Great Depression. Her first singing jobs came as part of dance-a-thons, or dance marathons, in Atlantic City. She landed a spot singing on WNEW radio in New York, for $25 a week, and later moved to WCBS, where she sang with trumpeter Bunny Berigan, and was featured on the Blue Velvet hour with Mark Warnow and His Blue Velvet Band. She was offered a spot singing in Ozzie Nelson's band but turned it down.

Artie Shaw had heard her singing in a club in Washington, D.C., and approached her about joining his band. The departing lead singer of the Shaw band was Billie Holiday -- she was an awe-inspiring talent in the '30s but had tired of the problems faced by Black performers on tour. Despite the fact that her jazz credentials were limited to non-existent, Forrest earned the spot in September of 1938, and cut her first record with the band late that same month, You're a Sweet Little Headache. Over the next year, she cut 38 singles with Shaw, including several huge hits, and the relationship was ended only when he broke up the band in 1939, prompting Forrest to move on.

This time she hit the top, joining Benny Goodman's band. At that time, Goodman was one of the top entertainers and musicians in the country, ranked alongside Glenn Miller and Tommy Dorsey. Forrest's first side with him was Busy as a Bee (I'm Buzz, Buzz, Buzzin'), cut on December 27, 1939. Over the next two years, she would cut dozens of sides with Goodman, including I'm Nobody's Baby, Mr. Meadowlark, and I Can't Love You Any More (Any More Than I Do), and the hits The Man I Love, Taking a Chance on Love, and More Than You Know.

During her time with Goodman, Forrest also took the opportunity to record as a guest vocalist backed by Lionel Hampton's band. I Don't Stand a Ghost of a Chance with You was a groundbreaking single, as a white female singer backed by a Black band and bandleader.

In August of 1941, she left Goodman and a few weeks later joined Harry James' band, opening the most successful period of her career. Forrest was involved with James both professionally and romantically, and it ended badly when the trumpeter met and fell in love with actress Betty Grable while they were both working on the movie #Springtime in the Rockies. Musically, the partnership worked magnificently, yielding pop standards of the era such as I've Heard That Song Before.

Forrest was known by then as the "voice of the name bands," and, ironically, it was just then that she walked away from the big bands. She exited James' outfit in early December of 1943, during a radio broadcast that she was unable to finish, as a result of her emotional distress over losing James.

Forrest made the decision then to give up singing for bands, and the touring and other travel commitments that they required. Instead, she formed a partnership with her friend, singer Dick Haymes -- the two started a successful radio show together and began cutting records. Long Ago and Far Away, It Had to Be You, Together, Some Sunday Morning, Stardust, and Till We Meet Again were only a few of the records generated by the pair. Most of Forrest's records during the mid-'40s were cut for Decca, but in 1947 she moved to the fledgling MGM label, where she continued to make records on a very full schedule until 1950.

By that time, her era of greatest popularity had passed, and by 1955, she was becoming a nostalgia act, primarily performing and recording remakes of her '40s hits. She recut her '40s hits, such as I've Heard That Song Before, for budget labels like Guest Star, and also for the Department of Defense for broadcast to troops. Although she was long retired at the time of her death in July of 1999, Forrest's music was popular and important enough to require major obituaries, even a half-century later.

Her sides with Shaw, Goodman, James, and Haymes remain choice '40s musical touchstones of their era more than 50 years later. She can also be seen in the movies #Private Buckaroo (in which she sings You Made Me Love You) and #Best Foot Forward, produced during the early '40s. ~ Bruce Eder, Rovi 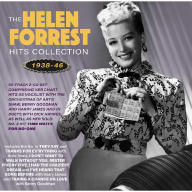 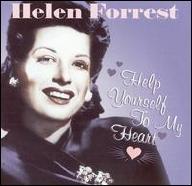 Help Yourself To My Heart
2003 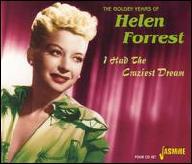 Golden Years of Helen Forrest : I Had the Craziest Dream
2003 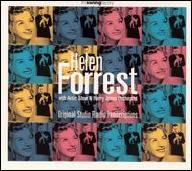 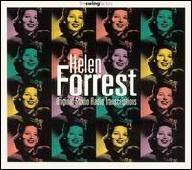 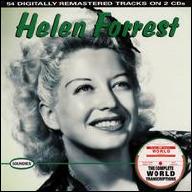 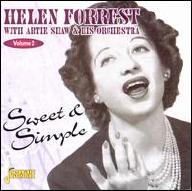 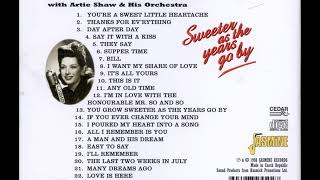 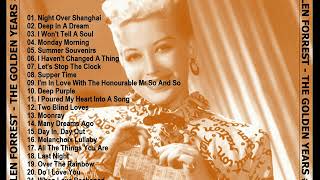 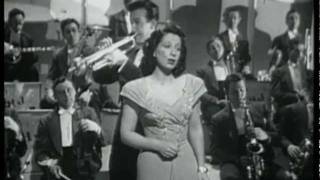 You Made Me Love You - Harry James / Helen Forrest 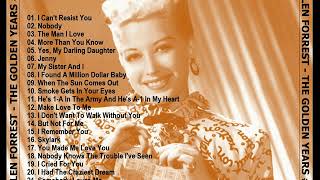 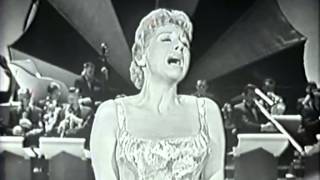 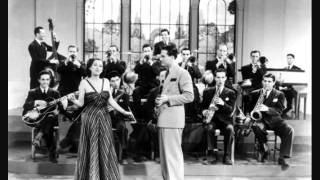 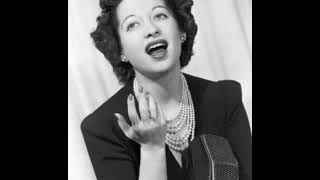