Close
Ozzie Nelson
from Jersey City, NJ
March 20, 1906 - June 3, 1975 (age 69)
Biography
OK, anyone under the age of 60 at the end of the twentieth century may laugh at the notion of Ricky Nelson's dad getting a musical entry of his own. The fact is, however, that during the 1930s, Ozzie Nelson led what was one of the most popular swing and dance bands in the New York area -- a part of the country that, in those days, represented close to 15-percent of the population of the United States, and the heart of the broadcasting and entertainment worlds, apart from movies.

No less a journal than the jazz world bible -Downbeat, in 1935, praised the Ozzie Nelson band for its "subtle suggestion of melodic beauty and rhythmic patterns" and wrote that these "get under your skin." What's more, Ozzie Nelson His Band were the first swing outfit ever booked into the legendary Glen Island Casino on Long Island, which became one of the most celebrated swing band venues in the world. Indeed, just as his youngest son, Ricky, carved a place for himself in the wake of the groundbreaking work of a singer named Elvis Presley, so Ozzie Nelson made a successful career following on in the wake of another musical idol 27 years earlier, Rudy Vallee.

Ozzie Nelson was born in Jersey City, NJ, and as a youth he excelled in sports, including boxing and football. During the '20s, in keeping with the fad of the time, he picked up a ukulele and learned to accompany his own singing. He switched to the banjo a little later and became part of a duo with pianist Frank Leithner, and the two eventually became part of a quartet called the Syncopation Four, playing garden parties and local clubs and weddings, with Ozzie as singer. Nelson also taught himself the saxophone. He entered college in 1923, where he played football and joined the boxing team, where he earned a gold medal. By 1929, he was in law school, coaching football, and playing with a small swing orchestra at a tavern on City Island in New York.

It was with the emergence of Rudy Vallee as a major singing star -- the first star popular singer of the mass media era (i.e. radio and records) -- that fostered the boom in Ozzie Nelson's career. He bore a striking the physical resemblance to the lean, handsome Vallee, and also similar singing style. Ozzie Nelson was mentioned in the local press as "the guy who sings and looks like Rudy Vallee," and he had his own radio show by the middle of 1930.

Fate then took a hand when -The New York Daily Mirror, a tabloid similar to the -Daily News, began running a contest to poll its readers about which was the most popular radio orchestra. Nelson's radio station did its best to promote him, but he was at a considerable disadvantage next to such nationally known figures as Vallee and Paul Whiteman, the self-proclaimed "King of Jazz." His manager then took a hand -- after learning that newsdealers received credit for their unsold papers by returning only the front pages of the unbought copies, and realizing that the -Mirror's ballots were on the back page, and Nelson's manager arranged to secure them from hundreds of unsold copies and send them in. When the voting was done, Ozzie Nelson had passed Rudy Vallee and Paul Whiteman to lead the poll. At around that same time, the Glen Island Casino on Long Island was looking to book its first swing band, and Nelson's manager used the newspaper poll as the leverage to get the band the gig. And with the engagement at the prestigious casino came a series of national radio network broadcasts. Nelson's band and reputation were made.

In 1932, Nelson -- who did a lot of the singing for the band himself -- added a female vocalist, a singer and would-be actress named Harriet Hilliard, whom he had met the previous year; at that time, Mildred Bailey was the only woman to have a regular spot with a dance or jazz orchestra, in Whiteman's band. The two hit it off not only musically but personally, and they were married in October of 1935. By that time, Ozzie Nelson's orchestra had a fully sponsored radio show, and were still among the most popular bands of the era -- the stars, apart from Ozzie Nelson and Harriet Hilliard, included baritone saxophonist Charlie Bubeck, tenorman Bill Stone, trumpet man Bo Ashford, an admirer of Bix Beiderbecke, trumpet player Harry Johnson, and trombonist Elmer Smithers. While none of these names are exactly legendary in the history of swing music, in a 1936 poll of the Paramount Theater's patrons in New York, the Nelson orchestra placed fourth behind Guy Lombardo, Louis Armstrong, and Eddy Duchin, and ahead of Ray Noble, Hal Kemp, Fred Waring, and Glen Gray. Musically, the group was more swing (i.e. jazz) than sweet (i.e. pop), and straddled the two areas. They recorded for Brunswick and RCA-Victor's Bluebird label, but none of that work is available as of the '90s.

The couple's first son, David, was born in 1936 -- his toddlerhood was commemorated in the novelty tune The Kid in the Three-Cornered Pants. Their second son, Ricky, was born on May 8, 1940. Ozzie and Harriet Nelson continued their music career well into the '40s, on radio and in concert -- during this period, their real-life marriage and home-life figured big in the image they presented, and by the end of the '40s, music had given way to a career in radio situation comedy, The Adventures of Ozzie and Harriet.

The couple and their children came to television in 1952, following a 1951 feature film (#Here Come the Nelsons). Ozzie Nelson was the producer of both the radio show and its television successor, writing scripts (sometimes with David) and even recruiting an Oscar-winning cinematographer, William C. Mellor (#A Place in the Sun), to shoot the program in a modified widescreen format, in anticipation of widescreen television. The Nelsons appeared as a family, even on behalf of sponsors of the show (both sons' teeth were shown in close-ups as part of commercials for Ipana toothpaste, as Ozzie and Harriet spoke with seeming authority about "tooth decay enzymes"). In the late '50s, as his son Ricky reached his teen years completely taken with the sounds of rock & roll, Ozzie Nelson added this side of Ricky's persona to the program, allowing him to play guitar and sing on the program -- this coincided with Ricky Nelson's real-life debut as a recording artist. His debut single, I'm Walking, a midtempo cover of the Fats Domino R&B standard, was a major hit and led Ricky Nelson to a 25-year career in music.

It became something of an inside joke that Ozzie Nelson, whose on-screen persona was never seen working, pulled most of the strings on the program and made all of the creative decisions, and, with his knowledge of the music business, launched his youngest son on an immensely successful career in a new brand of popular music. #The Adventures of Ozzie and Harriet was one of the most successful sitcoms of the '50s, lasting for 15 years, right into the mid-'60s and Ricky and David's marriages.

Ozzie Nelson became one of the definitive pop culture father figures, a likeable, benign, slightly befuddled character rivaled only by Hugh Beaumont (#Leave It to Beaver) and Fred MacMurray (#My Three Sons), and a model for the figure of Howard Cunningham (played by Tom Bosley) on #Happy Days. By that time, his music career had been forgotten by the public, eclipsed by the rock & roll success of his youngest son. Indeed, his bland television persona had become a cultural touchstone for more than benign fatherhood -- in an #Odd Couple episode in which Tony Randall's Felix Unger is trying to convince a game show host that's he's a typical American, he asks, "Don't I look average?," his roommate answers cynically, "Like Ozzie Nelson."

He wrote, produced, and directed the movie #Love and Kisses, starring Ricky Nelson and his wife Kristin, in an offshoot of the series, and appeared in #The Impossible Years. He later tried to update his old series with the syndicated program #Ozzie's Girls, and wrote an autobiography, -Ozzie. Ozzie Nelson died in 1975 -- by then, along with his wife Harriet (who outlived him by more than 20 years), he was a beloved figure in American popular culture. ~ Bruce Eder, Rovi 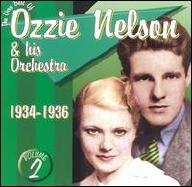 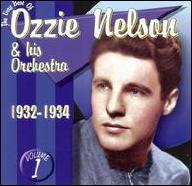 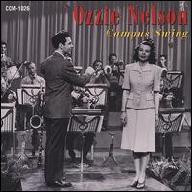 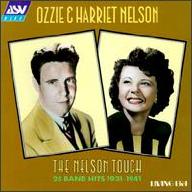 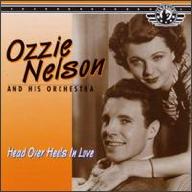 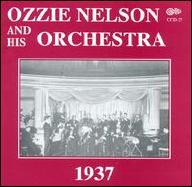 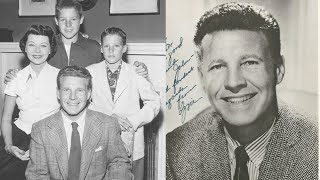 The Life and Tragic Ending of Ozzie Nelson 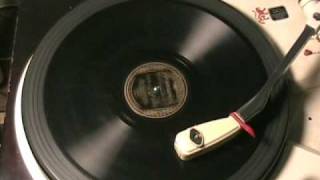 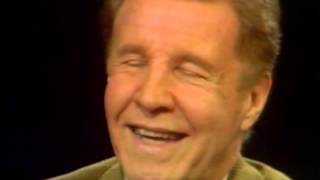 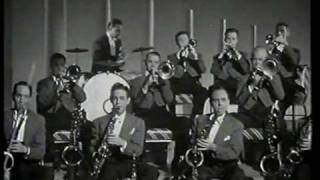 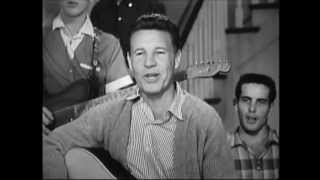 Ozzie Nelson Sings I Still Get A Thrill With James Burton 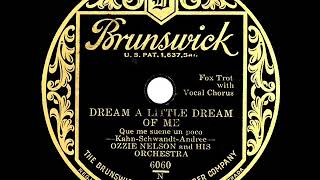 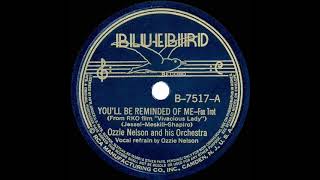