Close
Eddie Palmieri
from New York, NY
December 15, 1936 (age 85)
Biography
An often-dazzling pianist whose technique incorporates bits and pieces of everyone from McCoy Tyner to Herbie Hancock and recycles them through a dynamic Latin groove, Eddie Palmieri (aka "El Maestro") has been a Latin jazz and salsa master since the mid-'50s. His approach can be compared to Thelonious Monk's for its unorthodox patterns, odd rhythms, sometimes disjointed phrases, and percussive effects played in a manner that is always successfully resolved. It's a free/hard bop/Afro-Caribbean blend, with keyboard solos and montunos that are forever stimulating. Palmieri has released dozens of records on various labels, including what are now considered groundbreaking albums that include 1962's La Perfecta, 1969's Justicia Sun of Latin Music (1974), and 1987's The Truth: La Verdad. He is the recipient of nine Grammy and three Latin Grammy Awards and continues to make music in the 21st century on albums such as Sabiduria (2017). Palmieri is a recipient of the National Endowment for the Arts' distinguished Jazz Master Award and the Latin Academy of Recording Arts & Sciences' Lifetime Achievement Award.

Born in New York City to Puerto Rican parents, Palmieri followed in his older brother Charlie's footsteps. At eight, his mother encouraged her younger son to study piano. He started studying classical technique, and at age 11 auditioned to perform classical piano at Carnegie Hall -- he made his debut at the famous venue that year. At 13, he became infatuated with the drums. He quit playing piano and joined his uncle's Latin jazz orchestra on timbales. His fascination with drums was short-lived, and by 15 he'd returned to piano, where he has remained to this day. Palmieri eventually developed a distinctive style that melded Afro-Caribbean rhythms to modern jazz. He made his professional debut with Johnny Segui's orchestra in 1955 and joined Tito Rodriguez's popular band in 1958, remaining until 1960. In 1961, Palmieri formed La Perfecta, whose flute and twin- (or triple-) trombone front line was modeled on a Cuban-style charanga ensemble of piano, bass, violins, flute, and percussion -- La Perfecta's use of trombones replaced violins. That heavy yet bright bottom end drew the attention of restless jazz musicians like Herbie Mann.

Palmieri's use of trombones foreshadowed one of the iconic instrumental sounds of salsa music and no doubt influenced composers and arrangers such as Willie Colón. In La Perfecta and later groups, Palmieri developed a distinctive arranging style, featuring edgy harmonies and exciting riffs and breaks for the horn section. His music featured extended grooves for instrumental improvisation, connecting the Latin Caribbean tradition of vocal improvisation (soneo) with the improvisational excitement of jazz. La Perfecta's self-titled debut album is universally recognized as a Latin music classic. A few years after its release, Palmieri worked with Cal Tjader on a pair of Latin jazz gems in El Sonido Nuevo and Bamboleate. In the middle of the decade, Palmieri began formal arranging studies just as Monk's influence on his piano playing became more pronounced.

After La Perfecta split in 1968, Palmieri played with the Tico and Fania All-Stars; recorded with Alfredo Chocolat Armenteros, Cachao, and Justo Betancourt; and, like Charlie, cut several Latin boogaloo sessions. Eddie and Charlie began to work together in a supergroup with Victor Venegas, Andy Gonzales, Bernard Purdie, Randy Brecker, and Ronnie Cuber. Together they started work on a new style that further blended traditional Latin music with Afro-Cuban influences. The result was the self-titled Harlem River Drive (1971), which showcased a fusion of early salsa, funk, soul, and jazz. While the album was not a big seller at the time, its reputation spread and it came to be regarded as one of the most influential Latin jazz fusion recordings of all time. That band also recorded Live at Sing Sing in front of an audience of inmates at the prison. As the salsa movement gained momentum in the early '70s, Palmieri returned to his Latin roots to record Vamonos Pa'l Monte and Eddie Palmieri Friends' In Concert: Live at the University of Puerto Rico. In 1974, he reached an early pinnacle with Sun of Latin Music for Coco, which mixed hard salsa with R&B, rock, and pop juxtaposed against jazz improvisation. That year, he won his first Grammy, marking the first time that Latin music was recognized by the National Academy of Recording Arts & Sciences. He won another the following year for Unfinished Masterpiece (1974). Palmieri signed with Epic for 1978's now-classic Lucumi, Macumba, Voodoo, where he led a large 30-piece jazz orchestra that featured players such as Dom um Romao, Cuber, Steve Khan, Lew Soloff, Jon Faddis, Charlie, and Hiram Bullock. While the album met with mixed reviews due to its ambitious production and unusual meld of styles in a large-group format, it is, in the 21st century, regarded as an essential entry in Palmieri's catalog.

Palmieri decided to move to Puerto Rico in the '80s to care for his ailing mother and to be with Charlie as the latter recuperated from his first heart attack. He spent five years there, forming a band called the Eddie Palmieri Orchestra and recording several albums including Palo Pa Rumba, Bajo con Cumbao (1984), Solito (1985), and La Verdad (1987) -- all won Grammys. In 1988, the Smithsonian Institution recorded two of Palmieri's performances for their catalog at the National Museum of American History in Washington, D.C. In 1988, Charlie, nine years Eddie's senior, suffered another heart attack and passed away at age 60. In 1989, Palmieri issued the burning salsa-cum-Latin jazz date Sueño on Intuition. The set, dedicated to Charlie's memory, featured an all-star band and was co-produced by the artist with Jon Fausty, Kip Hanrahan, Rachel Faro, and Vera Brandes.

During the '90s, Palmieri remained a critical favorite, cutting albums such as Palmas (1994) for Nonesuch, as well as a series of recordings for the RMM label (Arete, 1995; Vortex, 1996; El Rumbero del Piano, 1998). In 1993, the film Carlito's Way used Palmieri's single "Muneca." That same year, he was appointed to the board of governors of the New York chapter of the National Association of Recording Arts & Sciences (NARAS). A year later, the track "Puerto Rico" was included in Spike Lee's Crooklyn soundtrack; Palmieri also contributed music to the HIV/AIDS documentary film Breaking the Silence.

At the turn of the century, he collaborated with Tito Puente on the Grammy-nominated Masterpiece/Obra Maestra for Universal. Two years later he returned to his La Perfecta days with La Perfecta II on Concord Jazz. Two more albums for the label followed with Ritmo Caliente (2003) and Listen Here! (2005). A year later, he recorded Simpático, co-led by Brian Lynch. In 2010, he was a featured soloist on Conrad Herwig's The Latin Side of Herbie Hancock. The year 2013 saw the independent release of Palmieri's original score and soundtrack EP for the New York City street basketball documentary Eddie Palmieri Is Doin' It in the Park. In 2017, he celebrated his 80th birthday and 60-year career with the release of Sabiduria/Wisdom. Joining him were Obed Calvaire, Marcus Miller, Bernard Purdie, and Donald Harrison, among others. At 81, Palmieri proved he still had more to offer. Full Circle, released in the summer of 2018 by Uprising Music via Ropeadope, featured nine classic salsa tracks recorded with an all-star international cast that included Cuber, Lynch, Nicky Marrero, Luques Curtis, and 19 others. The album's release was preceded by the introduction of the Palmieri Salsa Jams app, the world's first interactive salsa music app on Christian Scott aTunde Adjuah's Stretch Music app platform. Before the year was out, Palmieri issued Mi Luz Mayor, dedicated to the memory of his wife Iraida. The album featured expanded and reworked versions of salsa classics with a large orchestra. Singers included Gilberto Santa Rosa and Hermán Olivera. In press materials, the pianist explained that these vintage salsa tunes represented the music the married couple danced in their youth. ~ Thom Jurek, Rovi 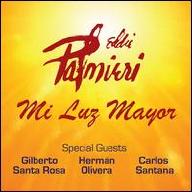 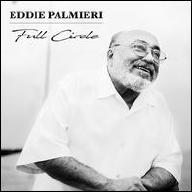 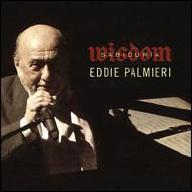 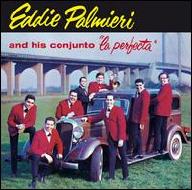 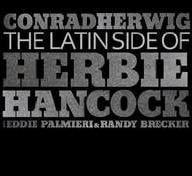 The Latin Side Of Herbie Hancock
2010 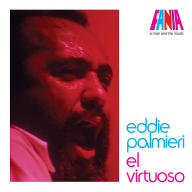 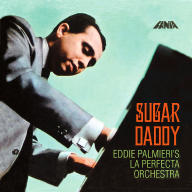 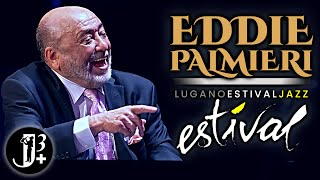 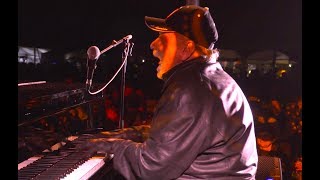 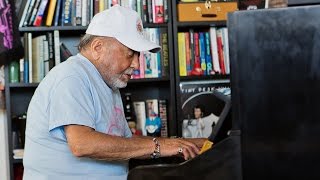 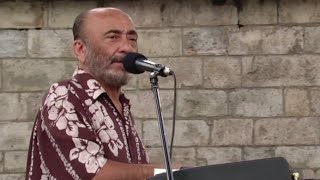 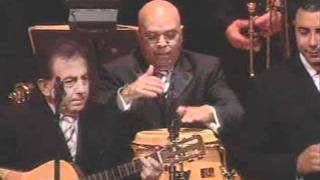 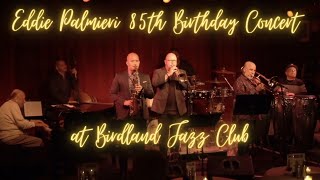 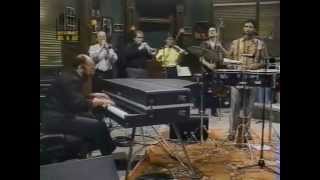