Close
Hal Kemp
from Marion, AL
March 27, 1905 - December 21, 1940 (age 35)
Biography
Hal Kemp was among the most popular bandleaders of the '30s, scoring a long string of dance band hits. He was also an extremely lucky, and extremely talented musician, in the right place at the right time across his career, until a night in December of 1940 when his luck ran out. Kemp was the leader of what was generally identified as a "sweet" (or pop) band, as opposed to a "hot" (or jazz) band -- he was a rival to Guy Lombardo and Sammy Kaye, among others, and for a time was one of the top dance band leaders in the country. That was in the '30s, but Kemp had started a decade earlier playing hot jazz, and only switched out of economic necessity. Born in Alabama in 1905, he became focused on music early in life and put together his first band in 1919, at around the same time he entered high school. An alto sax player and clarinetist, he ended up leading the Carolina Club Orchestra -- the band of the University of North Carolina -- as a student, all of 19-years-old. A booking on a transatlantic ocean cruise led them to make their recording bow in London (where visiting American bands were a hot commodity, even then). The cruise itself was as much a lark as a professional stepping stone for the student band, whose members all figured to be doing something else professionally. But then fate played a hand: on the return trip, they were lucky enough to have the Prince of Wales (later the abdicated Edward VIII) as a fellow passenger who was a music enthusiast and drummer, and he sat in with them; in those days, the United States had such an inferiority complex that anything the British "royals" did was news -- the Carolina Club Orchestra didn't know it, but every day they were at sea they were getting mentioned in the press in every major city in America, and the capper was when the prince (who may have understood jazz better than he did politics -- he was later an admirer of Hitler and an embarrassment to the nation) praised their music.

Upon docking, Kemp and company found offers waiting for them, and agents eager to represent them. Once the little matter of finishing his education was completed in 1926, he formed Hal Kemp His Orchestra, whose ranks included Skinnay Ennis, Bunny Berigan, and John Scott Trotter. The group was a jazz outfit plain and simple during the second half of the '20s, and earned a good living at it. Only with the advent of the '30s, and the accompanying economic upheaval of the Great Depression did they move into more subdued, directly dance-oriented work. It suited the mood of the public which, between the wrecked economy and the uncertain politics -- a detached, inept president and a divided Congress -- and Prohibition making much entertainment a criminal enterprise, started buying less challenging, more soothing dance records; jazz still sold, but sweet sounds were easier to put over, and Kemp His Orchestra proved every bit as adept at that as they'd been at the hotter music of the prior decade. An engagement at the Blackhawk Restaurant in Chicago from 1932 through 1934, coupled with eight hours of radio broadcasts each week, turned them into a national phenomenon and opened their way to the best night spots in the country, at the very time when they landed a recording contract with Brunswick.

Hal Kemp His Orchestra might have been a sweet band, but they had superb soloists who could play hot when needed -- so they cut sides like the ballad Alone (written for the Marx Brothers movie #A Night at the Opera), sung by Maxine Gray, but they could turn around two months later and deliver The Music Goes 'Round and 'Round sung in a hotter style by Saxie Dowell and featuring just enough virtuosity to remind listeners what superb jazz players they were. Mostly the vocals were by Skinnay Ennis whose style and limitations dictated the group's sound: he couldn't hold a note very long, which meant that the trumpets covered for him with staccato fills, and the reeds massed their sound within megaphones, giving their records a very distinctive sound. The group thrived in the second half of the '30s, until the departure of Trotter -- who became Bing Crosby's music director -- deprived them of his arrangements, and Ennis' exit took away a popular vocalist.

Trotter was succeeded by Hal Mooney as their arranger, and they hung on, but the rise of swing music also began squeezing them, as the groups led by Benny Goodman, Tommy Dorsey, and Artie Shaw, among others, soon started capturing most of the press and the imagination of the public. Kemp made some film appearances that helped sustain his following, and the addition of the singing group the Smoothies added new variety to their sound, but inevitably the tide ran against the group. Kemp saw his bookings and record sales decline, and by the end of '40s was in the process of trying to decide whether to adopt a swing sound during the approaching new year, At 35, he was still a young man and had a long future to look forward to, and he'd almost completely altered the band's lineup between 1938 and 1940. While driving to a gig in San Francisco on the night of December 19, 1940 in a thick fog, his car was hit head-on by a truck, and he died two days later. Ironically, the Kemp Orchestra charted three hits in the first half of 1941, It All Comes Back to Me Now, So You're the One, and Walkin' by the River, and singer Bob Allen held the band together for part of this period. By 1942, however, the Kemp Orchestra, like its late leader, were part of history, though their sound was never totally forgotten -- their records were too good for that, even 60 years later. In 2000, Collectors' Choice Records released The Best of Hal Kemp and His Orchestra, a 24-song collection of the group's best sides from their peak years, 1934 though 1937. Right up through the last number, Rodgers Hart's Where or When, they have those unique brass and reed timbres, and the flourishes on the reeds at the end of the verses -- sweet or hot -- it's still great music a century after its leader's birth. ~ Bruce Eder & Ron Wynn, Rovi 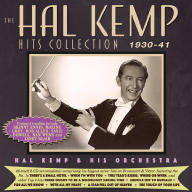 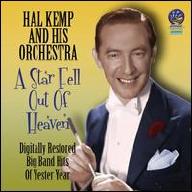 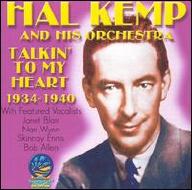 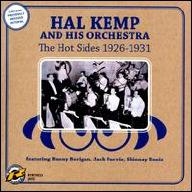 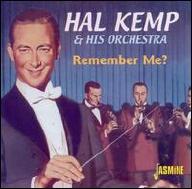 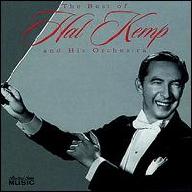 The Best of Hal Kemp and His Orchestra
2000
Videos
Close 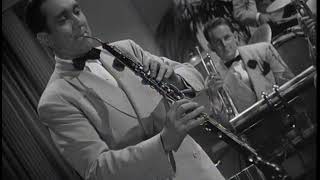 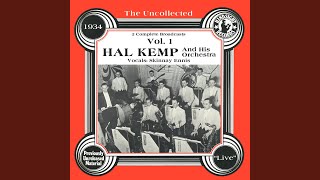 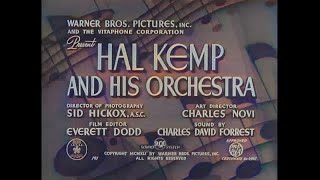 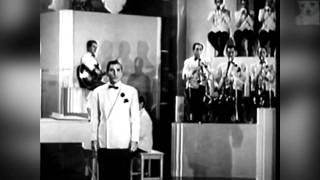 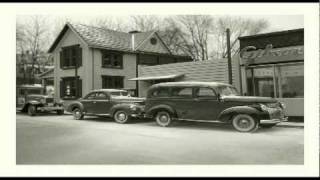 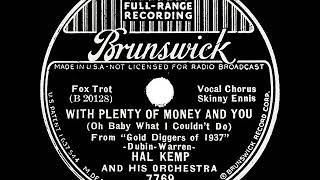 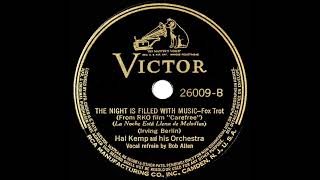