A New Jersey-based vocal quartet that was also nearly a self-contained band (they carried a drummer who was not at first listed as a full-fledged member), the Four Seasons were billed numerically as "the 4 Seasons" when they emerged in 1962 with their first hit, the chart-topping Sherry. The four members were Valli (born Francis Castelluccio in Newark, NJ, on May 3, 1934) and singer/guitarist Tommy DeVito (born in Montclair, NJ, on June 19, 1928), both of whom had also been in the Four Lovers, the precursor to the Four Seasons, plus singer/bassist Nick Massi (born Nicholas Macioci, September 19, 1926; died December 24, 2000), and singer/keyboardist Bob Gaudio (born Robert Gaudio, in the Bronx, New York, on November 17, 1942). Massi left the group in 1965, and Joe Long (born Joseph LaBracio on September 5, 1941) joined. On the back covers of their albums and the labels of their singles, the Four Seasons emphasized the presence of their distinctive lead singer, known for his piercing falsetto by printing the slogan, "Featuring the 'Sound' of Frankie Valli." And Valli launched a concurrent solo career in 1965. But throughout the '60s, the group was billed as "the 4 Seasons." During the decade, they charted 39 singles and 21 albums on the Billboard pop charts, making them one of the most successful recording acts of the era.

As the Four Seasons' popularity waned toward the end of the '60s, the group began to meld its image with that of its lead singer, who had stepped out with such hits as Can't Take My Eyes off You. In April 1970, the single Patch of Blue was billed to Frankie Valli the 4 Seasons, the first time that credit had appeared; the group's personnel, however, remained the same. The May 1970 LP Half Half was technically billed to "Frankie Valli/The 4 Seasons" since half of it consisted of songs by Valli as a solo performer and half of songs by the group. In 1971, DeVito left the quartet, beginning a series of frequent personnel shifts; Gaudio withdrew from performing in 1972, although he continued to write and produce the group's records. That left Valli as the sole original member. The September 1971 single Whatever You Say, released only in the U.K., was billed to Frankie Valli the Four Seasons, as were the group recordings released on Motown Records and its MoWest subsidiary in the early '70s. The only album from this period, 1972's Chameleon, contained two Valli solo tracks with the rest performed with the group; it was credited to Frankie Valli/The Four Seasons.

When the Four Seasons (by then consisting of Valli, drummer/singer Gerry Polci, keyboardist Lee Shapiro, bassist/singer Don Ciccone, and guitarist John Paiva) mounted a major comeback in 1975 with their hits Who Loves You and December, 1963 (Oh, What a Night), Valli's name was no longer up front. This seems to have been because Valli had also made a comeback as a solo singer with his hits My Eyes Adored You and Swearin' to God, and intended to reduce his role in the group, preparatory to leaving it entirely (although he and Gaudio continued to own the name, and Gaudio continued as the group's writer/producer). Indeed, Valli did leave the group in 1977, and it split up in 1979. By 1980, there was a reunion, however, and the billing was back to Frankie Valli the Four Seasons, seemingly for good. The 1985 studio album Streetfighter used that billing, but the 1992 release Hope + Glory went back to "Four Seasons" alone, even though Valli sang lead on every track. Meanwhile, in concert and on most compilations, the credit "Frankie Valli the Four Seasons" prevailed. ~ William Ruhlmann, Rovi 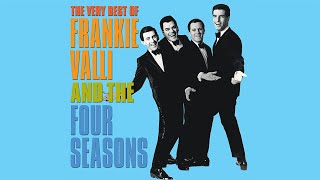 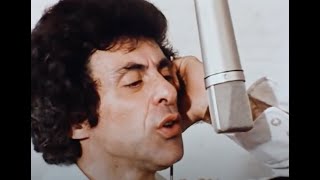 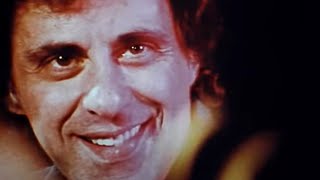 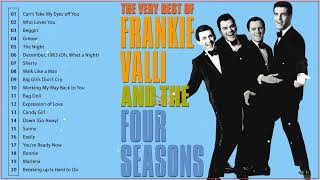 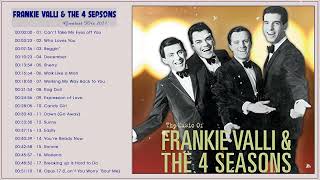 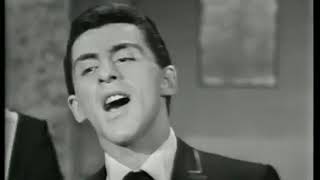 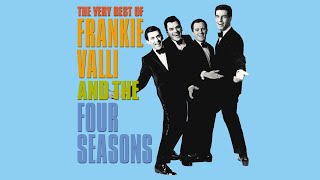