Close
Schoolly D
from Philadelphia, PA
June 22, 1962 (age 59)
Biography
Credited by none other than original gangster Ice-T as "the forefather of gangsta rap," Schoolly D is a hip-hop pioneer also for having produced, released, and distributed his early recordings, such as "P.S.K. 'What Does It Mean?'" (1985). The West Philadelphia native's confrontational nature and willingness to shock -- using terms and themes that became common in hip-hop years after he made a name for himself -- might be most frequently associated with his mid-'80s breakthrough, but he has cultivated a formidable discography crossing four decades, far beyond foundational LPs such as Schoolly-D (1985), Saturday Night! The Album (1986), and Smoke Some Kill (1988). In addition to the enduring relevance of his early work through samples and lyrical references by younger generations of producers and MCs, Schoolly D is known for having performed the original theme for the animated television series Aqua Teen Hunger Force.

Schoolly D (Jesse Weaver, Jr.) was raised in his birthplace of West Philadelphia, as well as Atlanta, where he finished high school before he returned to his original home. He debuted in 1984 with the Run-D.M.C.-inspired "Gangster Boogie." Apart from scratching by DJ Code Money -- whom he had met while affiliated with the 52 Crew -- Schoolly D handled everything else, from the production to the release and distribution of the 12" single. The next year, Schoolly made a much bigger splash with "P.S.K. 'What Does It Mean?,'" an explicit narrative referencing the Park Side Killers gang of his Parkside neighborhood. Schoolly's lyrical content and flow on the track, much different from that of "Gangster Boogie," informed Ice-T's "6 'N the Morning" and Eazy-E's "Boyz-N-the-Hood," and as a consequence was identified as the first gangsta rap recording. Its programmed beat, also Schoolly's work, would travel even farther, sampled dozens of times over not just for other rap tracks, but also for songs from the likes of Siouxsie and the Banshees ("Kiss Them for Me"), the Prodigy (including "Diesel Power," featuring Kool Keith), and Jennifer Lopez ("I'm Glad"). B-side "Gucci Time," beginning with the Beastie Boys' "Time to Get Ill," would be either sampled or referenced many times over, most often for the line "Lookin' at my Gucci, it's about that time."

"P.S.K." and "Gucci Time" appeared on Schoolly D's self-titled full-length debut, also released in 1985. In a sign of events to come, it was licensed for release in the U.K. by Flame Records, an offshoot of Mute subsidiary Rhythm King. Schoolly capitalized on the momentum in 1986 with the full-length Saturday Night! The Album. Led by the title track, one of the rapper's most animated and detailed accounts of his escapades, the LP was in demand enough to require a domestic distribution deal with Jive/RCA after its initial independent pressing. Smoke Some Kill, issued in 1988, was Schoolly's first album recorded for Jive. His and Code Money's sound was augmented with some live instrumentation, as on "Signifying Rapper," which replayed elements of Led Zeppelin's "Kashmir" a decade before Puff Daddy recruited that band's Jimmy Page for "Come to Me." The song also gained attention upon release for its repeated use of an anti-gay slur (to identify an imposing character who beats up a pimp). Am I Black Enough for You?, suffused with rhymes aiming to raise pro-Black consciousness, followed in 1989.

Schoolly briefly joined the roster of Capitol for the 1991 album How a Black Man Feels. He began a lengthy affiliation with director Abel Ferrara in 1992 when "Signifying Rapper" was used throughout the film Bad Lieutenant. (Successful action from Led Zeppelin's attorneys, who alleged copyright infringement based on the replayed elements of "Kashmir," resulted in the destruction of unsold VHS cassettes and the removal of the song from future screenings and retail editions.) This was followed by a similarly brief phase with Ruffhouse -- the Columbia sublabel co-founded by Chris Schwartz and Joe The Butcher Nicolo, respectively his manager and frequent recording engineer -- for whom he made the 1994 set Welcome to America.

Schoolly then established PSK Records, and over the next couple years released Reservoir Dog and A Gangster's Story. Funk 'n Pussy followed in 2000 (and was later retitled Get Butt Naked). In 2001, Schoolly composed the music for Ferrara's 'R Xmas, which starred Ice-T. Over the next couple decades, during which he released the album International Supersport and singles such as the Ice-T collaboration "The Real Hardcore," Schoolly branched out as a painter, and for the animated television series Aqua Teen Hunger Force, he did voice-over work and provided the theme song for its first seven seasons. ~ Andy Kellman, Rovi 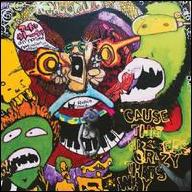 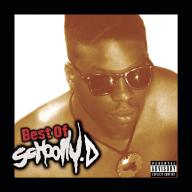 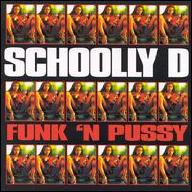 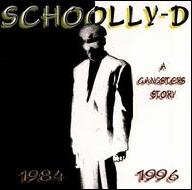 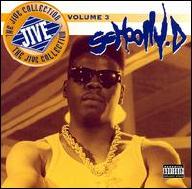 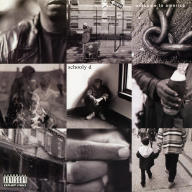 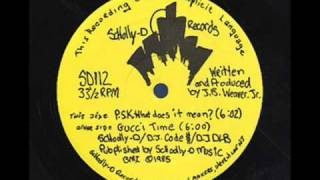 Schoolly D- PSK, What Does It Mean? 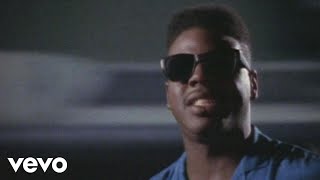 Schoolly D - Livin' In the Jungle 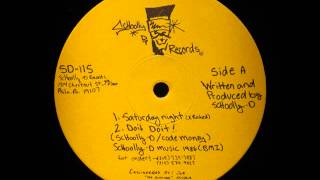 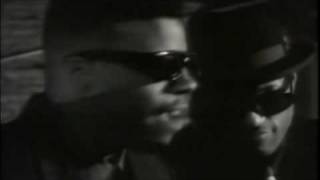 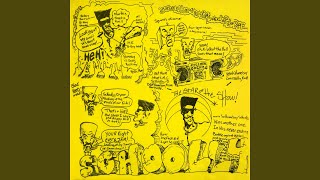 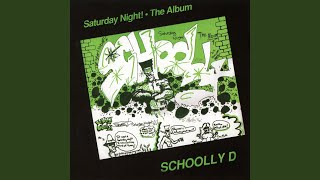 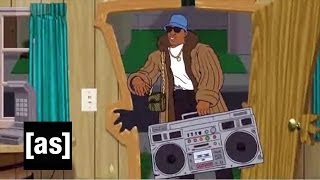