Close
Phil Rudd
from Melbourne, Australia
May 19, 1954 (age 67)
Biography
Over the course of his two-tenure, 20-year-plus career holding down the thunderous backbeat for hard rock legends AC/DC, drummer Phil Rudd has proven himself almost as essential a piece of the band's musical puzzle as its founders and creative lynchpins, Angus and Malcolm Young. Though technically skilled enough to showboat as well as the next guy, Rudd's unusually Spartan approach to his kit is virtually unique among heavy rock drummers, but it fit right in with the Young brothers' blue-collar rock & roll vision for AC/DC, and his metronome-like precision duly became the backbone of their signature sound. So much so that, although he was replaced by a pair of perfectly capable, if slightly flashier drummers (Simon Wright and Chris Slade), during his 12-year hiatus from the group, his return on the Ballbreaker album only confirmed the widely held notion that AC/DC simply never sounded quite like themselves without Phil Rudd.

Rudd was born Phillip Hugh Norman Witschke Rudzevecuis, of Lithuanian parents, on May 19, 1954, in Melbourne, Australia, and by his teens, had become quite serious about playing drums and pursuing a career in music. While he freely admits to experimenting with trickier time signatures and speedier playing during his formative years, Rudd soon discovered that he was happiest when keeping things simple and laying down a solid four-four foundation for the bands he apprenticed with during the early '70s. Come 1973, Rudd's talents had landed him a position with boogie rockers Buster Brown, featuring charismatic frontman Angry Anderson; but after performing on the band's only album, Something to Say, released the following year, Rudd quickly moved on to work with guitarist Lobby Lloyde's Coloured Balls. It was during his brief stint with Lloyde that Rudd learned of AC/DC's need for a new drummer, auditioned, and was hired on the spot, joining the fledgling outfit at the top of 1975, shortly after the recording of their Australian debut album, High Voltage (not to be confused with the international version released one year later).

Over the next eight years, Rudd would accompany the Young brothers through both thick (their gradual rise to global stardom) and thin (the dismissal of bassist Mark Evans in 1977 and tragic death of vocalist Bon Scott in February, 1980), performing on every album between 1975's T.N.T. and 1983's Flick of the Switch. Throughout this period, Rudd maintained an exceedingly low profile as dictated by the band's inconspicuous approach when off-stage (the Youngs and singers Scott, then Brian Johnson, handled all press responsibilities), so there was a characteristic lack of information to be had about his shocking separation from the band midway through the last album's recording sessions. Rather than publicly airing his grievances -- which were later revealed to include some drug and alcohol abuse, as well as a physical confrontation with Malcolm Young -- Rudd quietly retired to New Zealand, where, in his own words, he spent the next few years "racing cars, flying helicopters, and farming."

Rudd also carried on drumming for his own pleasure, though, so his playing was still in "good nick," as they say, when the Young brothers invited him down for a jam in 1991, while touring through New Zealand behind The Razor's Edge album. Though nothing more was said at the time, Rudd would be invited to rejoin AC/DC a few years later, and after reclaiming his time-keeping throne on 1995's Ballbreaker album and tour, he has continued to perform with the group ever since. In 2003, Phil Rudd (now the only Australian-born member of the AC/DC, curiously enough) was inducted into the Rock & Roll Hall of Fame along with the other key members of AC/DC, in recognition of his crucial contributions to what by then was the most successful hard rock band in history. ~ Eduardo Rivadavia, Rovi 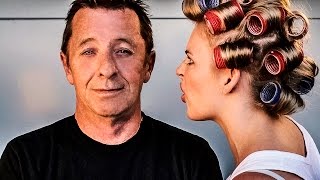 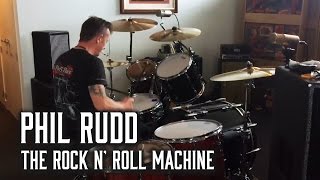 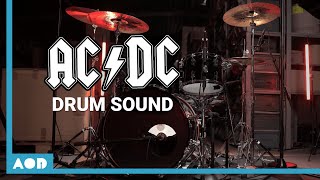 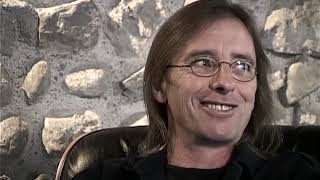 Malcolm Young and Phil Rudd (AC/DC) about the drummer's return 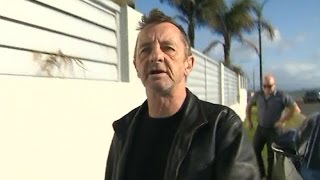 Phil Rudd flips out at cameraman after court appearance 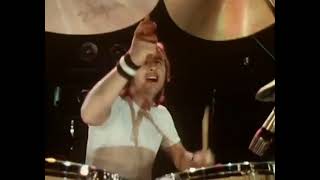 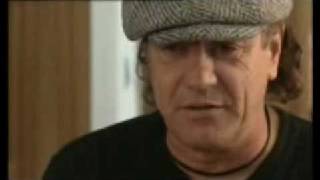 Why Phil Rudd is the coolest drummer
Available here: