Close
Gift of Gab
from Vicksburg, MS
October 7, 1971 - June 18, 2021 (age 49)
Biography
Gift of Gab made his name as the technically adept MC in the vaunted underground rap duo Blackalicious, in partnership with producer/DJ Chief Xcel. Celebrated for his expert flow, he was also an impressive lyricist, capable of working complex, multi-layered science fiction themes into his raps without losing sight of the importance of relatable street-level topics. His work with Blackalicious can be appreciated on their excellent 2002 album Blazing Arrow, while the cream of his solo career appeared on the albums Escape 2 Mars (2009) and The Next Logical Progression (2012).

Born Tim Parker, Gift of Gab grew up mostly in Pacoima, part of L.A.'s San Fernando Valley region, but attended high school in Sacramento. There he first met Chief Xcel (born Xavier Mosley) in 1987. Parker, then calling himself Tiny T or Gabby T, was already developing keen skills as a battle MC, and he and Mosley teamed up the following year. After graduating, Parker returned to Los Angeles, but he and Mosley kept up their partnership by phone. While attending UC-Davis, Mosley fell in with a group of hip-hop eccentrics who became the SoleSides collective, and Parker moved up to the Bay Area to join him in 1991, now having settled on Gift of Gab as his hip-hop alter ego. Blackalicious issued their debut single, "Swan Lake," on SoleSides in 1994, and several more followed, establishing their underground reputation and leading to a tour of Europe. They began work on a full-length album, during which time SoleSides shut down and reconfigured itself as Quannum; however, the process was long and laborious, as Gift of Gab struggled with an alcohol problem that took several years to overcome. Finally, in 1999, Blackalicious re-emerged with the A2G EP, whose "Alphabet Aerobics" electrified the underground and marked Gift of Gab as a prodigious new talent. That talent was confirmed by Blackalicious' first two full-lengths, 2000's NIA and 2002's Blazing Arrow, which elevated him to the status of perhaps the most underappreciated elite MC in hip-hop.

In the wake of Blazing Arrow's critical hosannas, Gift of Gab branched out with a number of guest appearances, recording with the likes of DJ Vadim, British hip-hoppers New Flesh, and Michael Franti Spearhead. In early 2003, he underwent emergency eye surgery necessitated by complications from diabetes, but fortunately made a full recovery. Seeking outside collaborators to keep himself fresh for the third Blackalicious album, he embarked on a solo project for Quannum with two Seattle-based producers, Vitamin D and Jake One. Advance single "The Writz" appeared in late 2003, and the album itself, 4th Dimensional Rocketships Going Up, arrived in the spring of 2004. Reviews of the production work varied widely, but overall the record -- a smooth, mellow affair -- solidified Gift of Gab's position as one of the top MCs of his time, underground or otherwise.

Gift of Gab teamed up with rapper Lateef the Truthspeaker and producer Headnodic to form a Bay Area hip-hop supergroup the Mighty Underdogs, who stepped forward with the album Droppin' Science Fiction in 2008. Gift of Gab's second solo album, Escape 2 Mars, came out in 2009 and was once again praised by critics for his incisive rhymes and delivery. A third solo project, The Next Logical Progression, was released in 2012, and while he continued to contribute to Blackalicious, he was also a frequent contributor to tracks for other artists, including Lyrics Born, DJ Shadow, Cut Chemist, and Ben Harper. While Gift of Gab stayed busy with his various projects, he continued to struggle with health problems related to diabetes, and after dealing with kidney failure for years, he received a kidney transplant in January 2020. He died on June 18, 2021 at the age of 50. ~ Steve Huey & Mark Deming, Rovi 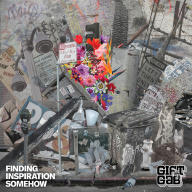 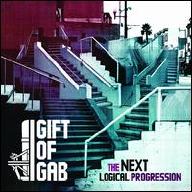 The Next Logical Progression
2012 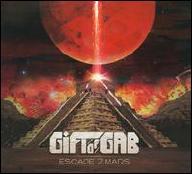 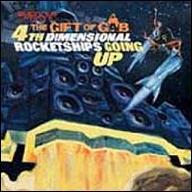 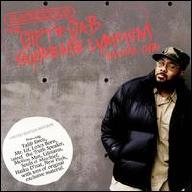 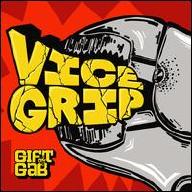 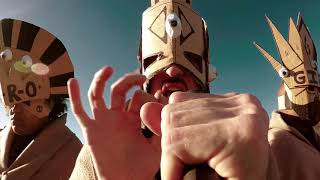 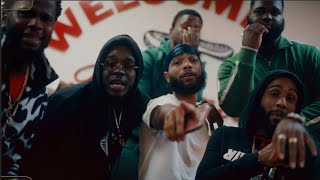 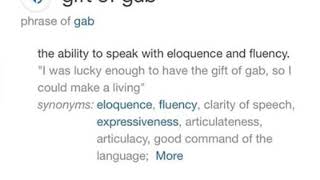 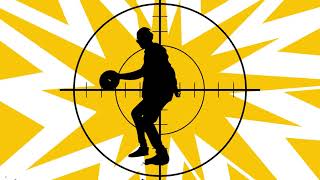 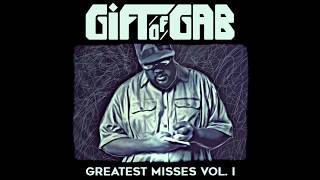 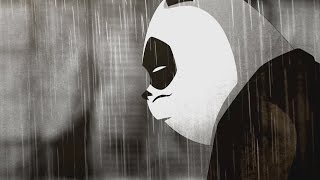 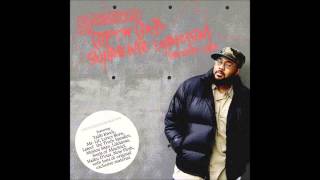