Close
Byron Harlan
from Kansas
August 29, 1861 - September 11, 1936 (age 75)
Biography
Born George Byron Harlan, this historic American vocalist had a big appetite not only for music, but for food. Despite an action-packed solo career that resulted in 130 sides on the Edison label alone, the singer was even better known as half of Collins Harlan, a pairing of over-sized physical and vocal talent often known as "the Half-Ton Duo." Harlan took delight in ridiculing his own size, recording lyrics such as, "Whenever I feel the urge to exercise/I lie down and rest until it goes away," and posing for a photograph frying an egg, which appeared in advertisements with the following caption: "Even great singers must have athletic exercise to keep fit."

That he was a great singer was never in dispute. He was so confident of his talents that when required to submit a demo to the new Edison outfit, Harlan attempted to create the most ridiculous vocal performance of all time, a long-lost prank from the early recording business that nonetheless convinced label A&R guys that this was a great talent (either that, or they didn't know the difference, of which the likelihood is also great). On his own, Harlan specialized in sentimental ballads such as Wait Till the Sun Shines, Nellie as well as well-loved cornpone, including the classics They Gotta Quit Kickin' My Dawg Aroun' and How 'Ya Gonna Keep Em Down on the Farm. Collins Harlan were both minstrel show veterans by the time the first recording technology was invented. Some of the material from this genre that wound up being recorded, a typical example being Niggers Love Possums, may ruffle a few politically correct feathers, although perhaps not amongst the rap music audience. ~ Eugene Chadbourne, Rovi 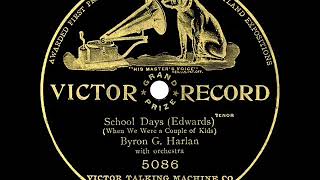 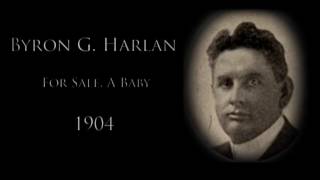 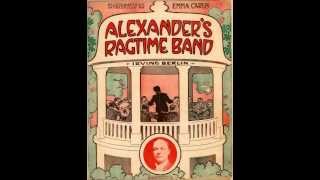 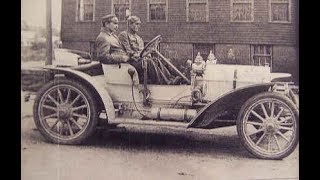 Arthur Collins & Byron Harlan - Out In an Automobile 1906 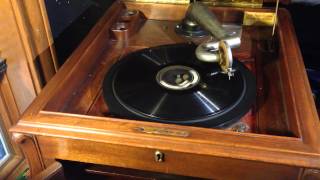 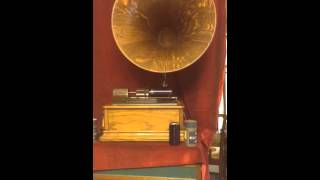 Edison 3480; "Around Her Neck She Wears a Yeller Ribbon" Byron Harlan 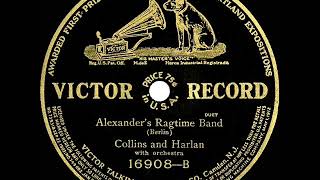