Close
Gilbert & Sullivan
Biography
The songwriting team of William S. Gilbert and Arthur Sullivan was among the most successful and enduring of the 19th century; their comic operas remain immensely popular over a century after the duo's final work, and are viewed today as forerunners of contemporary musical theater. Lyricist Gilbert was born in London on November 18, 1836; the son of a retired naval surgeon, he was kidnapped by Italian brigands at the age of two, but upon his release, he settled into a rather unremarkable childhood, eventually joining the militia. After first accepting a government bureau job, Gilbert later spent a few years as a barrister, and in 1861, he began contributing humor and dramatic criticism to the popular British publication -Fun under the pseudonym "Bab; " a collection of his work for the magazine was published in 1869 as -The Bab Ballads, and a number of his stories' characters later served as the direct inspiration for his musical work.

Sullivan was born in Lambeth, London on May 13, 1842; the product of a musical family -- his father was a bandmaster at the Royal Military College -- while still a pre-teen he mastered all of the wind instruments in the band, composing his own anthem at the age of eight. At age 14, he won the first Mendelssohn Scholarship, later winning other scholarships to attend a number of prominent academies and conservatories; in Germany, Franz Liszt even listened to his final thesis. Sullivan returned to England at age 20, where he wrote The Tempest to great acclaim before spending the next decade as a professor of music, a teacher, and an organist. In addition to composing Onward Christian Soldiers, he also penned several major choral works, including The Light of the World, The Martyr of Antioch, The Golden Legend, and his one grand opera, Ivanhoe. With writer F.C. Brunand, Sullivan then ventured into comic opera with 1867's Cox and Box, swiftly followed by The Contrabandista.

Gilbert Sullivan first teamed in 1871 for Thespis, which ran only briefly and garnered little attention; however, in 1875 they were reunited by impresario Richard D'Oyly Carte for Trial by Jury, which ran for 300 performances. It was followed in 1877 by The Sorcerer; in 1878, the smash hit H.M.S. Pinafore premiered, running for close to 600 performances and establishing Gilbert & Sullivan among the eminent creative teams of the day. Their operettas predated the musical theater of the next century by interspersing light, comic songs with spoken dialogue, not the recitative variety more common to the era's operas; in fact, their productions rarely utilized professional singers, instead opting for amateur performers. They followed H.M.S. Pinafore with another rousing success, 1880's The Pirates of Penzance; 1881's Patience was another triumph, with Iolanthe following on its heels a year later.

Upon completing 1884's Princess Ida, Gilbert Sullivan began work on the following year's The Mikado, widely acknowledged as both their most successful production, and among the most popular operas ever staged. The supernatural Ruddigore became the subject of controversy on its 1887 premiere; it was followed in 1888 by The Yeomen of the Guard, with The Gondoliers bowing the next year. After close to four years away from the stage, Gilbert Sullivan resurfaced in 1893 with Utopia, Limited; The Grand Duke, their final collaboration, was first performed in 1896, ending an often-quarrelsome partnership encompassing a quarter-of-a-century and 14 comic operas. In 1883, Sullivan was knighted by Queen Victoria; after a long illness, he died on November 22, 1900. Gilbert, too, was knighted, by King Edward VII in 1907; he died on March 29, 1911 while attempting to save a drowning woman. ~ Jason Ankeny, Rovi 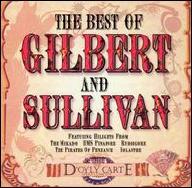 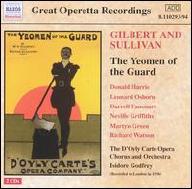 Gilbert and Sullivan: The Yeomen of the Guard
2004 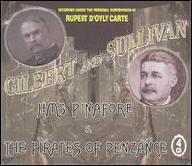 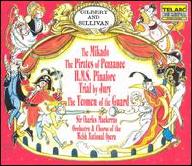 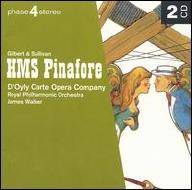 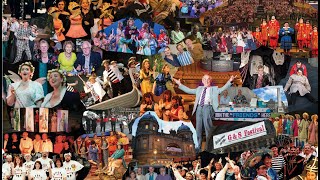 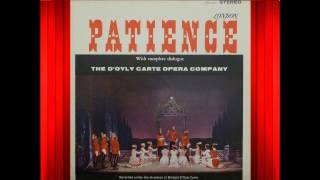 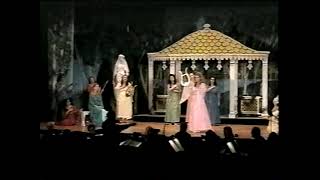 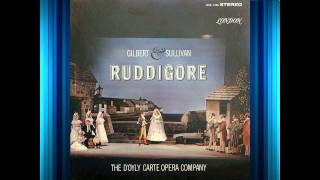 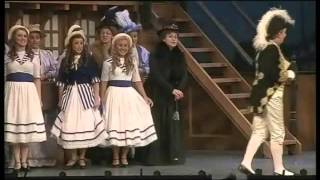 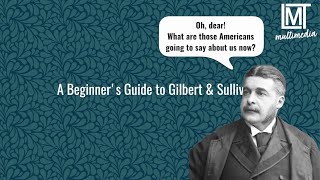 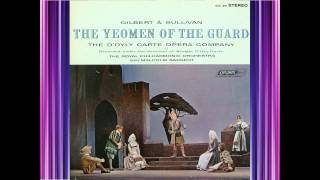