Close
Carmen McRae
from New York, NY
April 8, 1920 - November 10, 1994 (age 74)
Biography
Carmen McRae always had an intriguing, smoky voice but it was her lithe, behind-the-beat phrasing and ironic interpretations of lyrics that made her most memorable. She studied piano early on and had her first important job singing with Benny Carter's big band (1944), but it would be another decade before her career had really gained much momentum. McRae married and divorced Kenny Clarke in the '40s, worked with Count Basie (briefly) and Mercer Ellington (1946-1947), and became the intermission singer and pianist at several New York clubs. In 1954, she began to record as a leader, and by then she had absorbed the influences of Billie Holiday and bebop into her own style.

McRae would record pretty steadily up to 1989 and, although her voice was higher in the '50s and her phrasing would be even more laid-back in later years, her general style and approach did not change much through the decades. Championed in the '50s by Ralph Gleason, McRae was fairly popular throughout her career. Among her most interesting recording projects were participating in Dave Brubeck's the Real Ambassadors with Louis Armstrong, cutting an album of live duets with Betty Carter, being accompanied by Dave Brubeck and George Shearing, and closing her career with brilliant tributes to Thelonious Monk and Sarah Vaughan. She was the recipient of seven Grammy nominations between 1971 and 1990. Carmen McRae, who refused to quit smoking, was forced to retire in 1991 due to emphysema. She recorded for many labels including Bethlehem, Decca (1954-1958), Kapp, Columbia, Mainstream, Focus, Atlantic (1967-1970), Black Lion, Groove Merchant, Catalyst, Blue Note, Buddah, Concord, and Novus. ~ Scott Yanow, Rovi 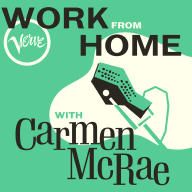 Work From Home with Carmen McRae
2020 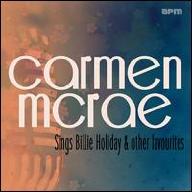 Sings Billie Holidays and Other Favourites
2012 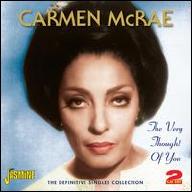 The Very Thought of You: The Definitive Singles Collection
2012 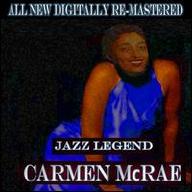 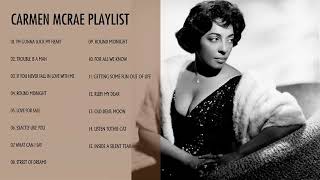 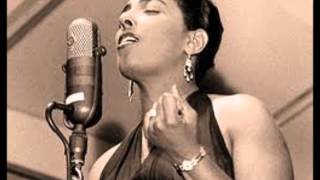 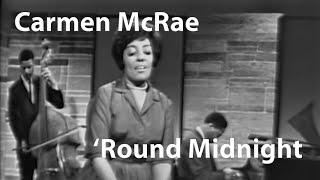 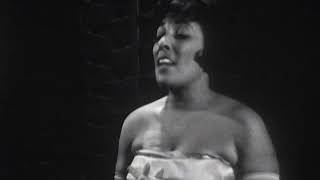 Carmen McRae "Isn't It Romantic" on The Ed Sullivan Show 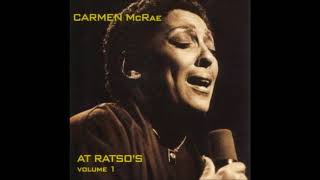 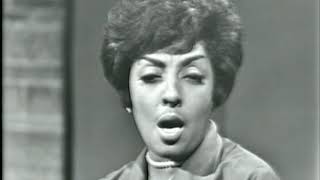