Close
Betty Carter
from Flint, MI
May 16, 1929 - September 26, 1998 (age 69)
Biography
Arguably the most adventurous female jazz singer of all time, Betty Carter was an idiosyncratic stylist and a restless improviser who pushed the limits of melody and harmony as much as any bebop horn player. The husky-voiced Carter was capable of radical, off-the-cuff reworkings of whatever she sang, abruptly changing tempos and dynamics, or rearranging the lyrics into distinctive, off-the-beat rhythmic patterns. She could solo for 20 minutes, scat at lightning speed, or drive home an emotion with wordless, bluesy moans and sighs. She wasn't quite avant-garde, but she was definitely "out." Yet as much as Carter was fascinated by pure, abstract sound, she was also a sensitive lyric interpreter when she chose, a tender and sensual ballad singer sometimes given to suggestive asides. Her wild unpredictability kept her marginalized for much of her career, and she never achieved the renown of peers like Ella Fitzgerald, Sarah Vaughan, or Carmen McRae. What was more, her exacting musical standards and assertive independence limited her recorded output somewhat. But Carter stuck around long enough to receive her proper due; her unwillingness to compromise eventually earned her the respect of the wider jazz audience, and many critics regarded her as perhaps the purest jazz singer active in the '80s and '90s. Additionally, Carter took an active role in developing new talent, and was a tireless advocate for the music and the freedom she found in it, right up to her death in 1998.

Betty Carter was born Lillie Mae Jones in Flint, MI, on May 16, 1930 (though some sources list 1929 instead). She grew up in Detroit, where her father worked as a church musical director, and she started studying piano at the Detroit Conservatory of Music as a child. In high school, she got hooked on bebop, and at 16 years old, she sat in with Charlie Parker during the saxophonist's Detroit gig. She won a talent contest and became a regular on the local club circuit, singing and playing piano, and also performed with the likes of Dizzy Gillespie, Sarah Vaughan, and Billy Eckstine when they passed through Detroit. When Lionel Hampton came to town in 1948, he hired her as a featured vocalist. Initially billed as Lorraine Carter, she was soon dubbed "Betty Bebop" by Hampton, whose more traditional repertoire didn't always mesh with her imaginative flights of improvisation. In fact, according to legend, Hampton fired Carter seven times in two and a half years, rehiring her each time at the behest of his wife Gladys. Although the Betty Bebop nickname started out as a criticism, it stuck, and eventually Carter grew accustomed to it, enough to permanently alter her stage name.

Carter and Hampton parted ways for good in 1951, and she hit the jazz scene in New York City, singing with several different groups over the next few years. She made a few appearances at the Apollo, performing with bop legends like Dizzy Gillespie and Max Roach, and cut her first album for Columbia in 1955 with pianist Ray Bryant (the aptly titled Meet Betty Carter and Ray Bryant). A 1956 session with Gigi Gryce went unissued until 1980, and in 1958 she cut two albums, I Can't Help It and Out There, that failed to attract much notice. She spent 1958 and 1959 on the road with Miles Davis, who later recommended her as a duet partner to Ray Charles. Carter signed with ABC-Paramount and recorded The Modern Sound of Betty Carter in 1960, but it wasn't until she teamed up with Charles in 1961 for the legendary duet album Ray Charles and Betty Carter that she finally caught the public's ear. A hit with critics and record buyers alike, Ray Charles and Betty Carter spawned a classic single in their sexy duet version of Baby, It's Cold Outside, and even though the album spent years out of print, it only grew in stature as a result.

Oddly, in the wake of her breakthrough success, Carter effectively retired from music for much of the '60s in order to concentrate on raising her two sons. She did return briefly to recording in 1963 with the Atco album 'Round Midnight, which proved too challenging for critics expecting the smoothness of her work with Charles, and again in 1965 with the brief United Artists album Inside Betty Carter. Other than those efforts, Carter played only sporadic gigs around New York, and was mostly forgotten. She attempted a comeback in 1969 with the live Roulette album Finally; a second album, confusingly also titled 'Round Midnight, was released from the same concert. These two records provided the first indications of what her fully developed style sounded like, and it wasn't commercial in the least.

Unable to interest any record companies, Carter founded her own label, Bet-Car, and released her music on her own for nearly two decades. At the Village Vanguard, a live recording made in 1970, is generally acknowledged as ranking among her best; other '70s albums included The Betty Carter Album and Now It's My Turn. Carter spent most of the decade touring extensively to help make ends meet, maintaining a trio that evolved into a training ground for young jazz musicians; she preferred to hunt for and develop new talent as a way of keeping her own music fresh and vital. Over the years, her groups included musicians like pianists Jacky Terrasson, Cyrus Chestnut, Benny Green, John Hicks, Stephen Scott, and Mulgrew Miller; bassists Dave Holland, Buster Williams, Curtis Lundy, and Ira Coleman; and drummers Jack DeJohnette, Lewis Nash, Kenny Washington, and Greg Hutchinson.

Carter delivered standout performances at the Newport Jazz Festival in both 1977 and 1978, setting her on the road to a comeback. In 1979, she recorded The Audience With Betty Carter, regarded by many as her finest album and even as a landmark of vocal jazz. 1982 brought a live album with orchestra backing, Whatever Happened to Love?, and five years later, she recorded a live duets album with Carmen McRae at San Francisco's Great American Music Hall. She continued to tour as well, and when Polygram's reactivated Verve label started signing underappreciated veterans (Abbey Lincoln, Shirley Horn, Nina Simone, etc.), they gave Carter her first major-label record deal since the '60s. Verve reissued much of her Bet-Car output, giving those records far better distribution than they'd ever enjoyed, and Carter entered the studio to record a brand-new album, Look What I Got, which was released to excellent reviews in 1988. It also won Carter her first Grammy, signaling that critics and audiences alike had finally caught up to her advanced, challenging style.

Over the next few years, Carter continued to turn out acclaimed albums for Verve, winning numerous reader's polls with recordings like 1990's Droppin' Things, 1992's It's Not About the Melody, 1994's live Feed the Fire, and 1996's I'm Yours, You're Mine. Additionally, she expanded her interest in developing new jazz talent through her Jazz Ahead program, which began in 1993 and offered young musicians the chance to workshop with her at the Brooklyn Academy of Music. She also gave presentations on jazz to students of all ages, and remained an outspoken critic of the watered-down quality of much contemporary jazz. She performed at the Lincoln Center in 1993, and the following year for President Clinton at the White House; three years later, he presented her with a National Medal of Arts. Carter lost a battle with pancreatic cancer on September 26, 1998, passing away at her home in the Fort Greene section of Brooklyn. ~ Steve Huey, Rovi 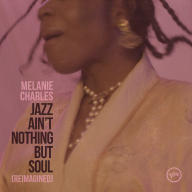 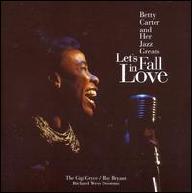 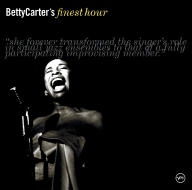 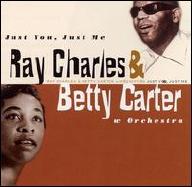 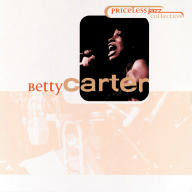 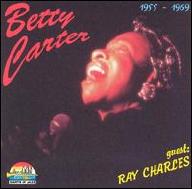 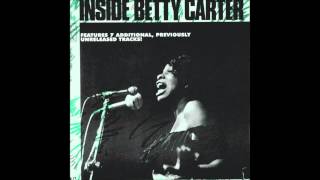 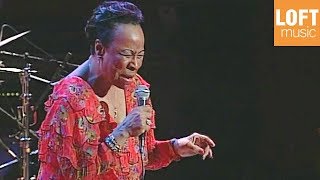 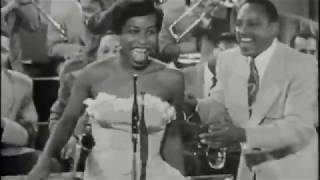 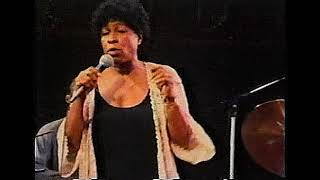 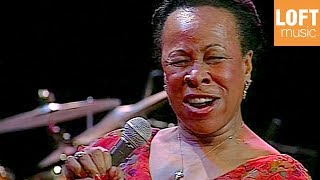