Close
Joe Elliott
from Sheffield, England
August 1, 1959 (age 62)
Biography
Arguably the most popular hard rock band of the '80s (and definitely one of the most tragedy-prone) was Def Leppard, fronted by singer Joe Elliot. Born in Sheffield, England, on August 1, 1959, Elliot became transfixed by such rockers as David Bowie, T. Rex, Queen, and Thin Lizzy as a teen. As an escape from Birmingham's tough, steel-town streets, Elliot would often fantasize about fronting his own band, one that he made billboards for even though it was purely fictional: Deaf Leopard. By the late '70s, he hooked up with the band Atomic Mass (who contained guitarist Pete Willis and bassist Rick Savage, among other members who came and went), taking the name of Elliot's imaginary band but changing the spelling to resemble one of their favorite bands, Led Zeppelin. Drummer Rick Allen and second guitarist Steve Clark were welcomed aboard shortly thereafter, as the band quickly built up a following with their heavy yet melodic rock, becoming part of the burgeoning New Wave of British Heavy Metal movement (which included Iron Maiden, Saxon, Motörhead, and Judas Priest).

A contract with Mercury-Polygram followed in 1979 due to the popularity of their self-released EP, Getcha Rocks Off. Their major-label debut followed a year later, On Through the Night, while 1981 saw the release of their sophomore effort (and first to be produced by Mutt Lange), High N' Dry. Willis was replaced with Phil Collen for the band's third release, Pyromania, which saw the group sweeten their sound even more and indulge in a complete image makeover (especially Elliot, who barely resembled his old self in the video for the album's first single, Photograph, sporting newly frosted hair and such hip '80s fashions as leg warmers and a union jack t-shirt). The album quickly rocketed up the charts and became 1983's most popular rock release, as Def Leppard became worldwide arena headliners. A long four-year layoff followed (in which drummer Rick Allen lost his arm in a car accident) before the release of the band's much-delayed fourth album, Hysteria, saw the light of day. But the album was worth the wait, as it somehow even outsold its mega-platinum predecessor, spawning a total of seven hit singles and videos. After releasing two classic rock releases back to back, the band took a break, but tragedy struck the band again in early 1991 when Clarke died after a long bout with alcoholism. The band regrouped with ex-Dio/Whitesnake guitarist Vivian Campbell and soldiered on throughout the rest of the decade with such albums as 1992's Adrenalize, 1996's Slang, and 1999's Euphoria, as well as the compilations Retro Active and Vault: Def Leppard's Greatest Hits.

Elliot has appeared on other artist's recordings, including Mick Ronson's (his idol) 1994 release Heaven and Hull and Ron Wood's Slide on This, as well as singing All the Young Dudes alongside another idol, Ian Hunter, at the 1992 Freddie Mercury Tribute Concert at Wembley Stadium. Elliot also penned a pair of songs for the 1996 British motion picture #When Saturday Comes (the title track and an instrumental ballad called Jimmy's Theme), and lent his vocal talents to a rendition of Under My Wheels for the Alice Cooper tribute disc Humanary Stew. In addition to his musical activities, in 1998 Elliot and Savage opened up an American-style restaurant/bar in Sheffield called the Players Café. ~ Greg Prato, Rovi 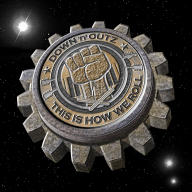 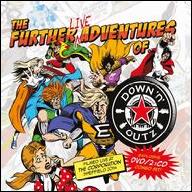 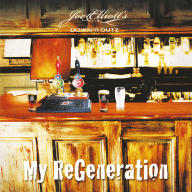 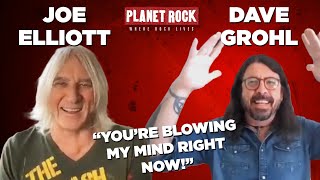 Dave Grohl and Joe Elliott meet for the first time! 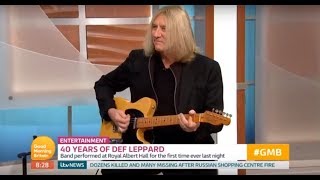 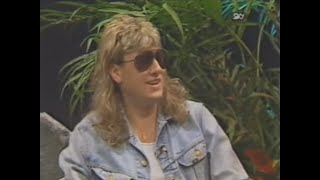 joe elliott out of context 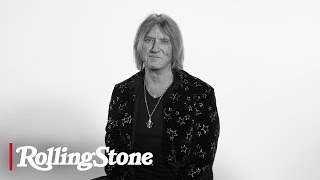 The First Time with Joe Elliott 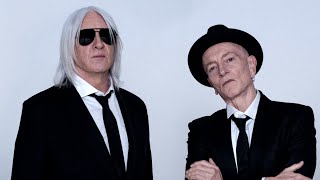 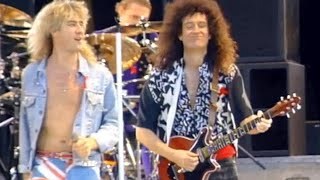