Close
Bruce Welch
from Bognor Regis, Sussex, England
November 2, 1941 (age 80)
Biography
Bruce Welch was the first rhythm guitarist in England to achieve stardom in rock & roll -- and as of 2008, he is, along with his bandmate Hank Marvin, among the relative handful of British rock & roll stars to enjoy a half-century of rock & roll stardom. He was born Bruce Cripps in Bognor Regis, Sussex, England in 1941. Following the death of his mother in 1946, he was raised by his aunt Sadie, and spent most of his youth in Newcastle. He took up playing the guitar as a boy and in 1956 he formed a skiffle group called the "Railroaders." Fate took a hand when a schoolmate named Brian Rankin, who was also proficient on the guitar, joined the group -- Rankin later took the stage name Hank Marvin. The Railroaders were good enough to make the finals of a talent content in London, in early 1958 -- they didn't win, but they ended up joining with the members of two other competing bands and forming the Five Chesternuts. They recorded a couple of songs in that guise, and Welch and Marvin also occasionally played as the Geordie Boys ("Geordie" being a term for Newcastle).

The two happened to be at the 2I's -- the renowned Soho coffee bar where Tommy Steele and Cliff Richard got their starts -- in late 1958, when they were approached by John , who was the manager of Cliff Richard and his backing group, the Drifters. Richard already had his first single, Move It, out and on the charts, and was doing regular television appearances on #Oh Boy!. But the Drifters were another matter -- they'd been good enough for shows at the 2I's and other early gigs, but now that Richard was getting booked into better and bigger venues in front of bigger audiences, they needed to improve their sound, and that meant getting new members; additionally, John was hoping to improve the Drifters' sound sufficiently to get them signed to E.M.I. Records, as Richard was. Foster was looking for Tony Sheridan, a Liverpool singer and guitarist he'd heard about, but instead he found Welch and Marvin. And these two not only played well, but their guitars interlocked so well that it almost sounded like one man playing two instruments at once, clean and precise, yet quite capable of rocking out like American players.

Within a matter of days, they were members of the Drifters, replacing original members Norman Mitham and Stan Povey. This was the birth of the professional version of the Drifters -- within a few more weeks, Jet Harris would join on bass, and Tony Meehan would become their drummer, replacing original member Terry Smart. It was this version of the Drifters who would finally record a single of their own. Within a matter of a few more months, in the spring of 1959, the Drifters -- deferring to the American R&B group that had a prior claim on the name -- changed their name to the Shadows. And in 1960, after three early singles were ignored (including a pair of vocal numbers on which Welch was the lead singer), they topped the charts with Apache, an instrumental. Marvin and Welch became the best known members of the Shadows as their membership shifted across the next few years, a period in which the band issued a string of high-charting and chart-topping singles and LPs.Hank Marvin attracted the most attention as lead guitarist, Welch proved an equal asset to the group -- he was responsible for authoring or co-authoring the hits Foot Tapper and The Rise and Fall of Fingel Bunt, and the Cliff Richard hits Please Don't Tease, In the Country, Summer Holiday, and I Love You. Welch was also an important backing voice in the Shadows behind Cliff Richard's on their recordings, and was the lead singer on the Shadows' own, relatively rare vocal numbers.

Welch often played acoustic guitar on their Shadows' recordings, either in tandem with an electric rhythm guitar or as an alternative, but whatever the particular arrangement, the resulting interlocked playing was always unique. And it always worked in pure electric terms when presented in concert. He was involved in every incarnation of the Shadows except for the 1969 Japanese tour. For a time, after first meeting her on a tour of Australia, Welch became personally involved with singer Olivia Newton-John, who was then all but unknown. By the first half of the '70s, the two were engaged, and for a time Welch was writing songs and producing music for her, though the marriage never took place. Meanwhile, he was a key part of Marvin, Welch Farrar, though he did drop out of the latter group.

Outside of the Shadows, who were inactive for most of the '90s, Welch has been active as a songwriter and producer, and was the consultant on the West End production +Buddy: The Buddy Holly Story. In the 21st century, Welch has also worked with his own bands, Bruce Welch's Shadows and the Moonlight Shadows. ~ Bruce Eder, Rovi 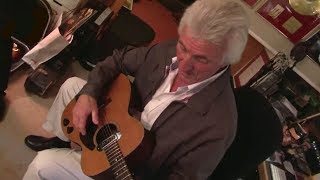 Bruce Welch (Shadows) is interviewed in his studio by Lee Hodgson 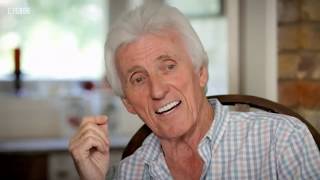 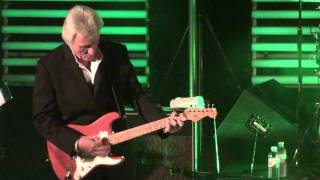 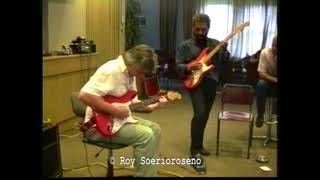 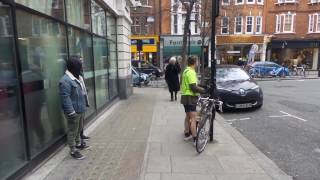 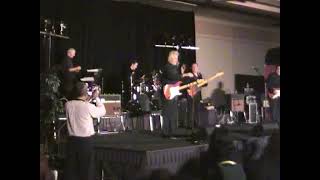 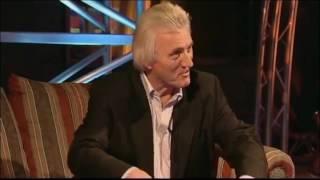 Bruce Welch is interviewed by Rick Wakeman on "Face To Face"
Available here: