Close
Cliff Richard
from Lucknow, India
October 14, 1940 (age 81)
Biography
In the years after Elvis Presley but before the Beatles, Cliff Richard was the biggest thing in British rock & roll -- and in the years after the Beatles, he was never far from the top of the U.K. charts. Arriving in 1958, just a couple of years after skiffle swept Britain, Richard was the first English singer to approximate the hip-shaking rebellion of American rock & roll with his 1958 debut single "Move It." A smash hit right out of the gate, "Move It" kicked off an astonishing five decades' worth of hits (as of 2014, his last time in the U.K. Top 10 was in 2008, when "Thank You for a Lifetime" went to number three). The earliest recordings, most made with his backing band the Shadows, were his hardest-rocking and undoubtedly his most influential, making an impression on almost the entire first generation of British rock & rollers. Like Presley, who was certainly Richard's key influence, Cliff's popularity wound up pushing him ever so gradually to the status of an all-around entertainer. He moved into movies quickly -- the first came just a year after "Move It" -- and the Shadows tamed their rockabilly, but the real shift into the mainstream came after the Beatles opened the flood gates for homegrown British rock & roll, banishing Richard to the status of an older generation. Cliff continued to have hits in the '60s, even after he and the Shadows disbanded in 1968, but he split his time between pop and Christian music; in the early '70s, he focused on hosting a variety show on the BBC. Toward the end of the '70s, he made a big pop comeback with 1976's "Devil Woman," which became his first Top 10 hit in the U.S., and over the next five years, he racked up several intercontinental soft rock hits, including 1979's "We Don't Talk Anymore," 1980's "Dreamin'," and the Olivia Newton-John duet "Suddenly," taken from the 1980 soundtrack to Xanadu. This period was his first and last time at the top of the U.S. charts, but throughout the '80s, '90s, and 2000s he remained an institution in the U.K., regularly appearing in the Top Ten charts and on television, releasing 100 full-length albums in the process and, in 1995, he was made a Knight Bachelor in the British kingdom, proof of his iconic status.

Cliff Richard was born Harry Rodger Webb in Lucknow, India on October 14, 1940; Lucknow was then part of the British Empire. His father, Rodger Oscar, worked for a catering contractor employed by Indian Railways and the Webb family remained in India until the country gained its independence from Britain in 1948. Relocating to a semi-detached house in the London suburb of Carshalton in Surrey, Webb, like so many teenagers of his era, became interested in music thanks to the skiffle phenomenon of 1956 and 1957. A quick succession of groups came and went -- he formed the Quintones in 1957 and joined the Dick Teague Skiffle Group before settling with a U.K. group called the Drifters, who became popular enough to attract the attention of manager Harry Greatorex. He suggested a name change -- the "Cliff" came from Greatorex, the "Richard" came from Drifters guitarist and songwriter Ian Samwell, who penned "Move It" -- and soon the band became Cliff Richard the Drifters, playing larger shows and landing a record contract. "Schoolboy Crush" was planned as the A-side with "Move It" as its flip, but momentum built for the raucous B-side and, soon, the record galloped to number two on the U.K. singles chart.

"Move It" turned Cliff Richard into a star and it ushered in a boom in British rock & roll, of which Richard was the undeniable leader. "High Class Baby" made it to seven by the end of 1958 and, after a slight dip in early 1959 with "Livin' Lovin' Doll" (which only made it to 20), he brought "Mean Streak" to 10 and had back-to-back number ones with "Living Doll" and "Travellin' Light." "Living Doll" was not only Richard's first number one, it was the first to feature his band -- by then including guitarist Hank Marvin, guitarist Bruce Welch, bassist Jet Harris, and drummer Tony Meehan -- on record (previously, he'd recorded with studio musicians). Not long after the number one success of "Living Doll," the band faced legal action from the U.S. R&B group the Drifters, so they changed their name to the Shadows; as Richard's career maintained momentum, the Shadows would have their own side success as an instrumental outfit, with the band's lineup shifting slightly but always anchored by Marvin and Welch.

Richard was quick to capitalize on his popularity, starring in his first film, Serious Charge, in 1959, and softening his sound slightly to appeal to a broader audience. Throughout the early '60s, the singles and albums came quickly, and so did the films. In 1960, he had five hit singles, all reaching the Top Three -- "Please Don't Tease" and "I Love You" topped the charts, "A Voice in the Wilderness" and "Fallin in Love with You" reached two, "Nine Times Out of Ten" peaked at three -- and he started to cultivate a fan base in Europe, Australia, and New Zealand. Richard took a stab at America, touring the country in 1960, but he never made any inroads in the U.S. This lack of stateside success was easy to ignore as Richard was not only the biggest recording star of the early '60s in the U.K. -- from 1960 to 1965, every one of his singles reached the Top 10, with "The Young Ones," "The Next Time," "Bachelor Boy," "Summer Holiday," and "The Minute You're Gone" all reaching number one -- he was also a huge movie star; 1961's The Young Ones confirmed his silver screen appeal, and 1963's Summer Holiday and 1964's Wonderful Life were also equally popular.

His popularity took a hit in 1964 once Beatlemania kicked in and a wave of guitar groups flooded the British charts. Richard survived 1963 and 1964 without slipping from the Top 10, but by 1965, placing in the Top 10 was no longer guaranteed. Richard gamely tried to follow the trends, covering Mick Jagger and Keith Richards' "Blue Turns to Grey" in 1966, but this period is distinguished by his public declaration in 1964 that he was a Christian. He considered leaving rock & roll behind but wound up pursuing a parallel career, performing secular material and religious work elsewhere, occasionally headlining Christian films. The next pivotal year in Richard's career was 1968, the year when he represented the U.K. in the Eurovision contest with the song "Congratulations," and when the Shadows disbanded. The singer continued his relationship with Hank Marvin, with the guitarist appearing regularly on the variety show It's Cliff Richard, which premiered in 1970 and ran until 1976. Throughout the early '70s, Richard was a show biz fixture -- in addition to It's Cliff Richard (which morphed into It's Cliff and Friends in 1975), he appeared on BBC's Pop Go the Sixties and other television shows, including hosting early rounds of Eurovision -- but the hits slowed to a trickle; only 1973's "Power to All Our Friends" matched any of his '60s hits in popularity, becoming his first single since "Congratulations" to be awarded Silver certification. In 1975, he didn't place one single in the U.K. charts, breaking his 16-year streak of hits.

Conscious of this stagnation, Richard brought Shadow Bruce Welch back into the fold for 1976's I'm Nearly Famous, a record that followed in the footsteps of Elton John or, arguably, the John-sponsored 1975 comeback from Neil Sedaka. I'm Nearly Famous was wildly successful thanks to "Devil Woman," a song that not only brought him back to the Top 10 in Britain but gave him his first-ever U.S. hit; it actually charted higher in America than it did in Britain, peaking at six instead of nine. "Devil Woman" kicked off a five-year renaissance for Richard, where he regularly saw the top of the British charts and had two more international hits: "We Don't Talk Anymore," from 1979's Rock N Roll Juvenile and "Dreamin'," from 1980's I'm No Hero. Richard re-teamed with Olivia Newton-John, who he had been performing with since the early '70s, for the 1980 film Xanadu, whose soundtrack produced the hit "Suddenly." Richard racked up a few more hits in the early '80s -- there was the vaguely new wave "Wired for Sound" in 1981 and the Phil Everly duet "She Means Nothing to Me" in 1983 -- but the comeback started to slow down as the decade progressed. He teamed up with comedy troupe the Young Ones -- who took their name from his hit 1961 movie -- for a Comic Relief cover of "Living Doll" in 1986 and, also that year, he appeared in the West End musical Time and had a hit duet with Sarah Brightman on the Phantom of the Opera song "All I Ask of You." All this led to 1987's Always Guaranteed, his most successful album of the '80s thanks to the singles "My Pretty One" and "Some People." For its 1989 follow-up Stronger, Richard worked with hit-makers Stock-Aitken-Waterman, which marked the last time he truly attempted to sound contemporary.

During the '90s and into the new millennium, there was little question Cliff Richard was a British pop music institution, appearing regularly on television and at public events and occasionally popping up on the charts. In 1995, he was honored with the appointment of a Knight Bachelor in the British Empire. In 1999, when EMI refused to release his single "The Millennium Prayer," Richard marshaled public support to get the song, which was independently released, to number one. Remarkably, he was able to score more Top 10 singles over the course of the 2000s: the seasonal "Santa's List" and "21st Century Christmas" went to five and two, respectively in 2003 and 2006, then his 50th Anniversary Album spawned the number three hit "Thank You for a Lifetime" in 2008. Richard celebrated his 50th Anniversary in 2008 in spectacular fashion, reuniting the Shadows for a tour and releasing a box set called And They Said It Wouldn't Last: My 50 Years in Music. The reunited Richard the Shadows released a brand-new album called Reunited in 2009. The following year, he had a grand celebration of his 70th birthday capped off by six concerts at Royal Albert Hall. In 2001, Richard took a detour into soul for the Lamont Dozier-produced Soulicious and then in 2013, he released his 100th album, The Fabulous Rock N Roll Songbook. He returned in 2016 with Just...Fabulous Rock 'n' Roll, an album of covers of songs from pioneers of the rock & roll genre.

In 2018, Richard returned with his first collection of original material in well over a decade with the release of Rise Up. With the title referencing his two-year lawsuit against the BBC for privacy intrusion -- which he won -- the album featured a collection of uplifting and positive contemporary pop tracks written by the likes of Terry Britten and Graham Lyle. The album also featured the return of duet partner Olivia Newton-John. Rise Up debuted at four on the U.K. charts and earned a Silver certification. In 2020, Richard turned 80, and to celebrate released the album, Music... The Air That I Breathe. The release featured a number of collaborations -- with the likes of Bonnie Tyler and Albert Hammond -- as well a selection of covers and original material. ~ Stephen Thomas Erlewine, Rovi 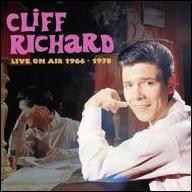 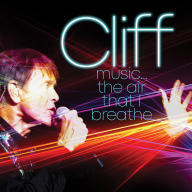 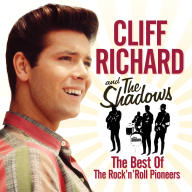 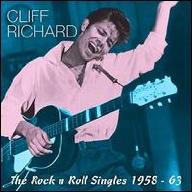 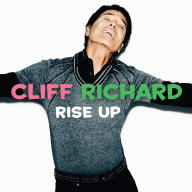 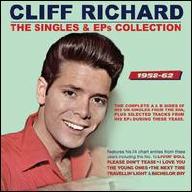 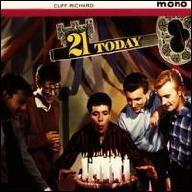 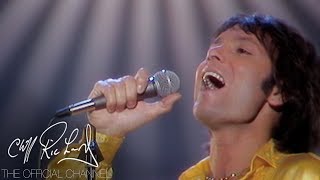 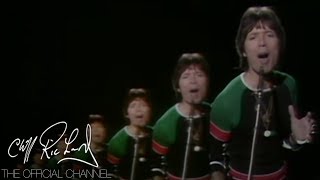 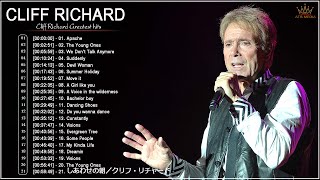 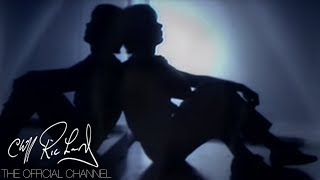 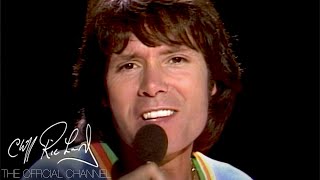 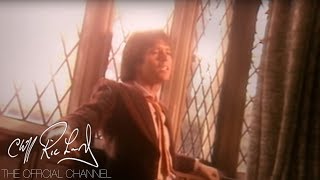 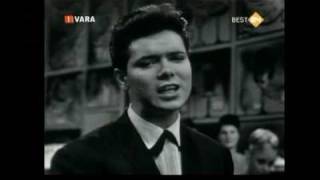