Close
Kid Rock
from Romeo, MI
January 17, 1971 (age 51)
Biography
A platinum-selling country rap-rocker, Detroit native Kid Rock shot to superstardom in 1998 with his fourth full-length LP, Devil Without a Cause. Known for hits like "Cowboy," "Picture," "Bawitdaba," and "All Summer Long," Rock had recorded his first demo ten years prior, been booted off major label Jive following his 1990 debut, Grits Sandwiches for Breakfast, and toiled for most of the decade in obscurity, releasing albums to a small, devoted, primarily local fan base. He persevered, and by the time rap-metal began to attract a substantial audience, he had perfected the outlandish, over-the-top persona that gave Devil Without a Cause such a distinctive personality and made it such an infectious party record. Subsequent efforts like Cocky (2001), Rock N Roll Jesus (2007), and Sweet Southern Sugar (2017) saw him continue to blur the lines between rock, hip hop, country, and heavy metal. In 2021 he released the confrontational single "Don't Tell Me How to Live" ahead of the arrival of his 12th studio album, Bad Reputation, which appeared in 2022.

Bob Kid Rock Ritchie (born Robert James Ritchie, January 17, 1971) grew up in Romeo, Michigan, a small rural town north of the Detroit metro area. Finding small-town life stiflingly dull, Ritchie immersed himself in rap music, learned to breakdance, and began making the talent-show rounds in Detroit. Inspired by the Beastie Boys' Licensed to Ill -- white performers fusing rap and hard guitar rock -- Kid Rock recorded his first demos in 1988, and eventually scored an opening slot at a Boogie Down Productions gig. That performance, in turn, led to a contract with Jive Records, which issued Kid Rock's debut album, Grits Sandwiches for Breakfast, in 1990. Produced by Kid Rock, Too $hort, and D-Nice, the album was heavily derivative of Licensed to Ill. Rock briefly became notorious when a New York college radio station aired the album's profanity-laced ode to oral sex, "Yodelin' in the Valley," and was fined over $20,000 (a judgment later rescinded). However, despite a tour with Too $hort and Ice Cube, Jive didn't see much of a future for Kid Rock and dropped him from their roster.

Moving to Brooklyn, Rock hooked up with the small Continuum label, and moved his brand of rap further into hard rock with The Polyfuze Method, released in 1993. Reviews were mixed, with some critics praising the record's humor and eclecticism while others dismissed it as awkward and forced. The EP Fire It Up followed in 1994, appearing on Rock's own Top Dog imprint (which was still distributed by Continuum). Rock eventually returned to the Detroit area and began work on another album; recorded on a shoestring budget: Early Mornin' Stoned Pimp was released in 1996. Although sometimes forced to sell bootleg dubs of his own records to pay the rent, Rock set about forming a full-fledged backing band, which he dubbed Twisted Brown Trucker. While its membership fluctuated early on, rapper Joe C. (born Joseph Calleja) was one of the first to join; a longtime fan and frequent concert attendee, Calleja caught Rock's eye in 1994, partly because of his diminutive stature (due to a digestive condition known as celiac disease, which required both dialysis and extensive medication) and partly because of his encyclopedic knowledge of Rock's song lyrics. The rest of the lineup settled around mostly Detroit-area musicians: guitarists Kenny Olson and Jason Krause, keyboardist Jimmy Bones (born Jimmy Trombly, he handles the basslines himself), drummer Stefanie Eulinberg, DJ/turntablist Uncle Kracker (born Matt Shafer, who had been with Rock since the early '90s), and backing vocalists Misty Love and Shirley Hayden.

As rap-metal acts like Korn, Limp Bizkit, and Rage Against the Machine began to dominate the hard rock landscape, Atlantic Records decided to take a chance on signing Rock. Devil Without a Cause didn't do much upon its initial release in August 1998, but a big promotional push from the label and MTV helped make the album's second single and video, "Bawitdaba," a nationwide smash. The follow-up, "Cowboy," achieved similar success, and suddenly, after a decade of trying, Kid Rock was a superstar with a Top Five, seven-times-platinum album and a gig at Woodstock 1999. While pondering how to follow up Devil, Rock acquired the rights to his indie label recordings and remixed or re-recorded the best material for The History of Rock, which was released in the summer of 2000 and featured some new songs as well. Sadly, after being forced to take a break from touring a year earlier by his medical difficulties, Joe C. passed away in his sleep on November 16, 2000.

Even with a tragedy like this in his life, Rock continued work on his follow-up to Devil Without a Cause. The media focused more on his relationship with actress Pamela Anderson than his musical career, which many magazines were beginning to ridicule. His DJ, Uncle Kracker, had a successful solo career during the spring and summer of 2001, leaving Rock without one of his most frequent collaborators. Still, by the winter of that year he had completed work on Cocky and had released "Forever" to success on rock radio. In fall 2003, Kid Rock returned with a self-titled effort. A cover of Bad Company's "Feel Like Makin' Love" marked the first single. The cover art to his 2006 live album, Live Trucker, paid tribute to Bob Seger's Live Bullet. Just a year later, the studio record Rock N Roll Jesus came out, landing at number one and selling 172,000 copies in its first week.

Born Free, produced by Rick Rubin and featuring guest appearances by Martina McBride, Trace Adkins, Zac Brown, Sheryl Crow, Bob Seger, James Hetfield, and T.I., arrived in 2010. Born Free debuted at number five on the Billboard charts but it didn't generate any hit singles; the title track peaked at 31 on the rock songs chart and "Collide," featuring Crow and Seger, didn't fare much better on the country and adult contemporary charts. Rock toured in 2011, then set about recording his next album, Rebel Soul, which appeared late in 2012. Entering the Billboard charts at number five, Rebel Soul eventually went gold but spawned no big hits. In 2013, Rock inaugurated his "Best Night Ever" tour, where he capped all ticket prices at $20.00. He moved over to Warner in 2014 and started work on his next album, the self-produced First Kiss, which saw release in February 2015.

Kid Rock left Warner after First Kiss, signing with the country-oriented label Broken Bow Records. In July of 2017, he released his first two singles for the label -- "Po-Dunk" and "Greatest Show on Earth," both released on the same day -- but they were overshadowed by rumors that Rock planned to run for the U.S. Senate in his home state of Michigan. Rock dismissed those rumors on the October 24 episode of the Howard Stern Show, saying his next project was promoting Sweet Southern Sugar, an album released in November 2017. His 11th full-length, the set broke into the Billboard 200 Top Ten, while topping the Top Rock and Independent Albums charts, and rising to number four on the Top Country list. Rock's first career overview, Greatest Hits: You Never Saw Coming, appeared in 2018, and in 2020 he issued the old-school hip-hop single "Quarantine" under the moniker DJ Bobby Shazam. The fiery "Don't Tell Me How to Live," featuring the band Monster Truck, arrived late the following year, with "We The People," "The Last Dance," and "Rockin'" arriving in early 2022. All four tracks appeared on Rock's 12th long-player, Bad Reputation, which was released later that spring. ~ Steve Huey & James Christopher Monger, Rovi 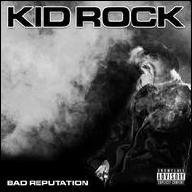 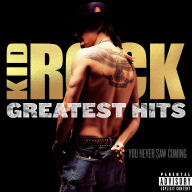 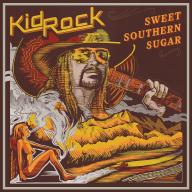 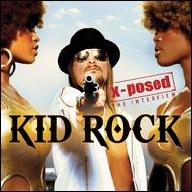 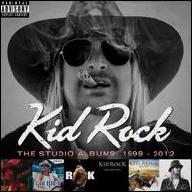 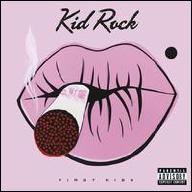 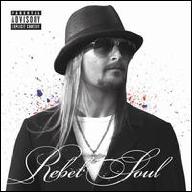 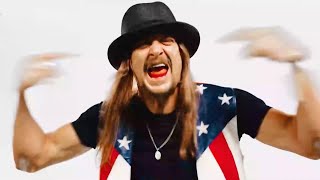 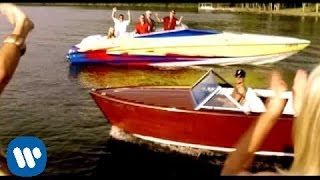 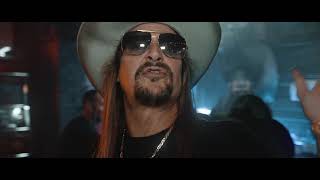 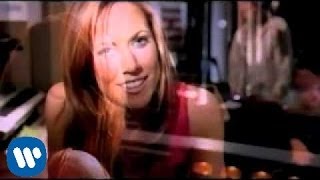 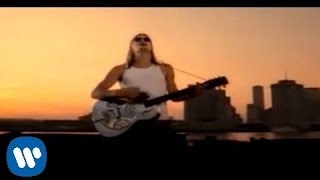 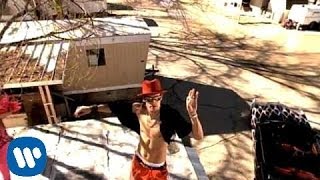 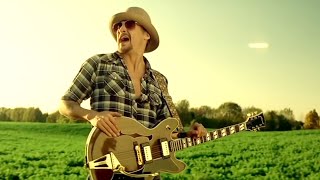