Close
Korn
from Bakersfield, CA
formed January 1, 1993 (age 29)
Biography
Korn's cathartic sound positioned the group as one of the most popular and provocative acts to emerge during the 1990s. At the forefront of the nu-metal/rap-rock movement of the time, they quickly evolved, developing a trademark style that incorporated downtuned guitars, a groove-heavy rhythm section, haunted atmospheric production, and dark lyrics courtesy of frontman Jonathan Davis, who grappled with common themes such as childhood trauma, destructive behavior, and inner demons. (They even managed to make scatting and bagpipes -- Davis' signature instrument -- menacing.) Their landmark 1994 debut, Korn, built an underground audience for its follow-up, 1996's Life Is Peachy, which launched the band from the lower reaches of the charts into the Top Three. Just four years after emerging, they had a number one release: the blockbuster Follow the Leader, home to "Freak on a Leash" and "Got the Life." Closing the decade atop the charts with Issues, Korn remained one of the biggest U.S. rock acts into the 2000s, issuing a string of platinum-certified albums: Untouchables (2002), Take a Look in the Mirror (2003), and See You on the Other Side (2005). After a few directional detours at the close of the 2000s, they made a turn into the electronic world, hiring dance acts including Skrillex to help produce the dubstep-blasted The Path of Totality in 2011. As the 2010s came to a close, Korn showed no signs of settling into a comfort zone; The Paradigm Shift, The Serenity of Suffering, and The Nothing all furthered their sonic development as they attained elder-statesmen status. The band approached their third decade together as a unit in 2022 with their 14th album, Requiem.

The group began their existence as the Bakersfield, California-based metal band LAPD, which included guitarists James Munky Shaffer and Brian Head Welch, bassist Reginald Fieldy Arvizu, and drummer David Silveria. After issuing an LP in 1993, the members of LAPD crossed paths with Jonathan Davis, a mortuary science student moonlighting as the lead vocalist for the local group Sexart. They soon asked Davis to join the band, and upon his arrival the quintet rechristened itself Korn. They recorded their demo, Neidermayer's Mind, in 1993 with producer Ross Robinson (Deftones, Limp Bizkit, Slipknot), who would go on to be one of the most sought-after rock producers of the late '90s and early aughts.

After signing to Epic's Immortal imprint, they issued their debut self-titled album in late 1994. With a relentless tour schedule that included stints opening for Ozzy Osbourne, Megadeth, Marilyn Manson, and 311, the record slowly but steadily rose in the charts, eventually going gold on the back of hit single "Blind." Combining dark lyrical content about child abuse, molestation, discrimination, and drug addiction with hip-hop influences and downtuned guitar sludge, Korn were unintentionally at the forefront of the movement that would be dubbed nu-metal. The band's 1996 Grammy-nominated follow-up, Life Is Peachy, was a more immediate smash, reaching the number three spot on the pop album charts. The album featured "A.D.I.D.A.S." and a cover of Ice Cube's "Wicked" with Deftones frontman Chino Moreno.

In 1998, Korn released Follow the Leader, their biggest release to date. The album debuted atop the Billboard 200, spawning the hit singles "Got the Life" and "Freak on a Leash." They won a Grammy for the "Freak on a Leash" video and, among the boy bands and pop starlets, conquered MTV's Total Request Live. That same year, the band kicked off the inaugural stint of their Family Values tour, featuring a lineup that consisted of friends and contemporaries Limp Bizkit, rapper Ice Cube, German industrial metal band Rammstein, and the first signees to Davis' imprint Elementree Records, Orgy. Follow the Leader eventually went quintuple platinum and sold over ten-million copies worldwide.

After capping off their summer with a slot on the main stage of Woodstock '99, they began promotion for their fourth effort, Issues. Featuring the singles "Falling Away from Me," "Make Me Bad," and "Somebody Someone," Issues continued Korn's dominance on MTV, rock radio, and the Billboard charts, debuting at number one. The band toured behind the album on the Sick & Twisted Tour with Staind, P.O.D., Papa Roach, and Powerman 5000. Even when Silveria was sidelined by a back injury, the band forged ahead with former Faith No More drummer Mike Bordin (Silveria later returned amid rumors of leaving the band for a fashion career, but these stemmed from some modeling work he had done before his injury.) An American stadium tour dubbed Summer Sanitarium followed later that year with Metallica, Kid Rock, Powerman 5000, and System of a Down also on the bill. Before the release of their next album, Fieldy released a gangsta rap album and Davis scored the film Queen of the Damned. At the end of 2001, the band reunited as a unit and entered the studio.

Just as the band's popularity reached a dizzying high, they unveiled a new sound that featured more instrumental experimentation and more singing on Davis' part. The Grammy-winning Untouchables arrived in the summer of 2002, debuting at number two behind Eminem, and featured the singles "Here to Stay" and "Thoughtless." Korn did a run of Ozzfest dates in support, and the album was another smash hit, selling over five-million copies worldwide.

Shortly after, the band released the self-produced Take a Look in the Mirror in 2003. Touted by Korn as a reconsideration of their sound (they even included a reworking of Neidermayer demo track "Alive"), the album was accompanied by the Back to Basics tour, which saw the band playing smaller venues with old friends Limp Bizkit. Despite the album going multi-platinum, this era would mark the start of the band's decline in mainstream popularity, a period made even worse by the departure of founding guitarist Welch, who left the band in 2005 after converting to Christianity.

Korn forged forth, playing shows that summer as a quartet and signing an expansive recording and development deal with Virgin. The following December they released See You on the Other Side, a number three hit that featured a batch of hook-ready songs co-written with hitmaking pop production team the Matrix (Avril Lavigne, Britney Spears). Other Side would be the band's final work with their founding drummer Silveria, who left the band in 2006. Live Rare was released that same year, with the live acoustic recording MTV Unplugged -- featuring Robert Smith of the Cure and Amy Lee of Evanescence -- following in March 2007. Later that year, the band resurfaced with an underwhelming album that was purposely left untitled (sometimes referred to as Korn II). Without Silveria, the band enlisted guest drummers to contribute in the studio, including Terry Bozzio (Frank Zappa), Brooks Wackerman (Bad Religion), and even Jonathan Davis himself. The band eventually found a permanent replacement by way of Army of Anyone's Ray Luzier. In 2010, Korn signed with Roadrunner Records and brought Ross Robinson back to the fold. Their ninth album, Korn III: Remember Who You Are, was both a return to form and safe retread, signaling the revitalization of the band.

Looking to expand in risky new directions, Korn sought out electronic producers like Skrillex and Noisia, who helped them infuse their already heavy sound with pounding dubstep on their electronic-tinged tenth album, 2011's The Path of Totality. The effort debuted atop the Billboard Dance/Electronic chart and was their 11th LP to arrive in the Top Ten of the Billboard 200. Their new sound was chronicled live the following year on Live at the Hollywood Palladium.

In May 2012, prodigal guitarist Welch guested with the band on a version of "Blind" at a show in North Carolina. Exactly a year later, he announced that he had officially rejoined the band. With the (almost) original lineup back together, Korn set to work on their 11th album. The Paradigm Shift, Welch's first album with Korn in a decade, appeared in October of 2013. Inspired by the melodic brutality of Issues and Untouchables, The Paradigm Shift debuted in the Top Ten on the American, German, Austrian, and Australian charts. For the 20th anniversary of their seminal debut, Korn embarked on a tour playing Korn in its entirety.

In 2015, the band returned to the studio to record their 12th LP. The Serenity of Suffering was released in late 2016. It featured the lead single "Rotting in Vain" and a guest appearance by Slipknot vocalist Corey Taylor on "A Different World." The set peaked at number four on the Billboard 200, their highest showing since 2010. In the midst of a global tour, they began recording their 13th album, The Nothing, with returning producer Nick Raskulinecz. Heavily influenced by the 2018 death of Davis' wife, the emotionally intense set included the singles "You'll Never Find Me" and "Cold." Although the COVID-19 pandemic halted any touring in support of the Top Ten release, the band issued a fiery Yelawolf-assisted cover of Charlie Daniels' "Devil Went Down to Georgia" in the summer of 2020.

The next year, tour promotion of The Nothing kicked off with one-time tourmates Staind. Arvizu took a break from the band for personal reasons, with Suicidal Tendencies' Ra Diaz picking up bass duties. A month after the trek concluded, Korn were already prepared for another cycle, releasing the single "Start the Healing" from their 2022 effort, Requiem. Recorded during the COVID-19 pandemic without a deadline or label pressure, the lean nine-track set continued the band's focus on emotional growth and maturity while tapping into common Korn themes of loss and catharsis. On the eve of the album's release, the band performed an intimate show at the Hollywood United Methodist Church dubbed the Requiem Mass, inviting audience members to bring a small token of remembrance to honor a loved one who had passed away. ~ Neil Z. Yeung, Rovi 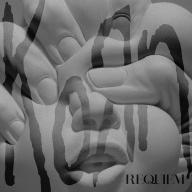 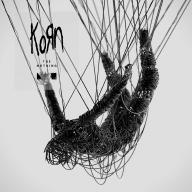 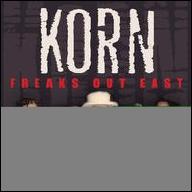 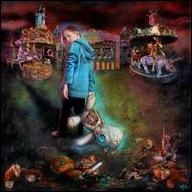 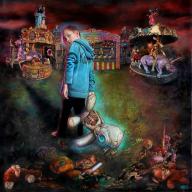 The Serenity of Suffering
2016 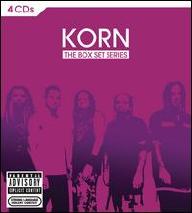 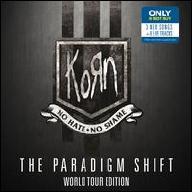 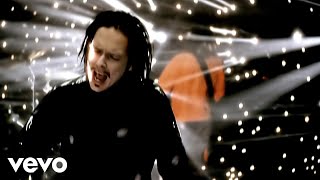 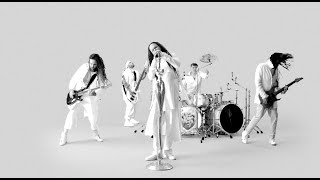 Korn - Worst Is On Its Way (Official Music Video) 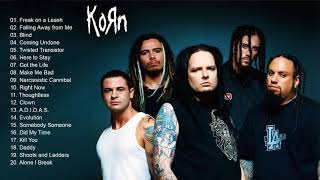 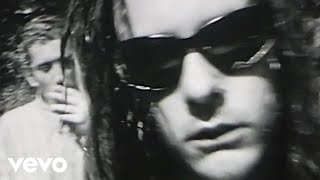 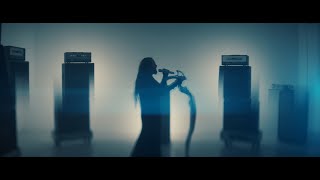 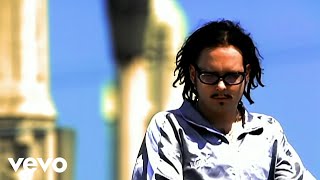 Korn - Got The Life (Official Video) 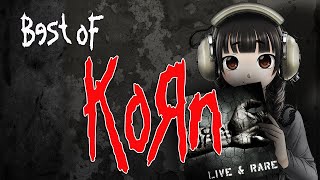