Close
Art Mooney
from Lowell, MA
January 1, 1911 (age 111)
Biography
Bandleader Art Mooney enjoyed enormous popularity during the late '40s and throughout the 1950s, mainly by selling the public recordings of songs they already knew, often performed in the classic old-time popcorn-and-candied-apple singalong tradition. Born in Lowell, MA, in 1911, Mooney taught himself to play the tenor saxophone, hired in with a touring dance orchestra, and spent several years scuffling on the road as a sideman with various itinerant bands; he eventually dropped anchor in Detroit and led his own group, which he patterned after the sweet bands led by Lester Lanin, Guy Lombardo, and Vincent Lopez.

After serving in the Second World War, Mooney put together a real swing band in New York, using arrangements by Neal Hefti and Jimmy Mundy. Future comedian and TV star Sid Caesar played sax in this ensemble. Fran Warren, young Dean Martin, and the Ames Brothers all sang with the band during this period. Art Mooney began making records for MGM in 1946 and did OK with the swing format, but decided to experiment with more old-fashioned fare. Tailoring his band to sound less modern and adding Paul Whiteman's banjoist, Mike Pingatore, Mooney assembled a large vocal ensemble during the closing weeks of 1947 and took on I'm Looking Over a Four Leaf Clover, an innocent old ditty published in 1927 by Mort Dixon and Harry Woods. Backed with a rendition of Eubie Blake's Memories of You, this 78-rpm single was the most popular record in the nation for more than a month.

Mooney now realized he was onto something, and proceeded to churn out a series of records that hit the charts on a regular basis simply by appealing to the postwar public's appetite for accessible, reassuringly traditional entertainment. By 1950 Art Mooney was one of the most popular recording artists in the entire country. His roster of vocalists included Bud Brees and the Galli Sisters, Betty Harris, Alan Brooks and the Four Clovers, Bob Manning, Rosetta Shaw, Jack Day and the Mooney Men, Cathy Ryan and the Clover Leafs, and Joan Durell. By the early '50s Mooney was occasionally crossing over into Hank Williams territory with numbers like Move It on Over and Honky Tonk Blues. Always ready and willing to take on humorous material, he came out with a swell version of Cornbelt Symphony b/w Mothballs. Mooney's shrewd music business sensibilities also led him to confront and cautiously assimilate the rapidly advancing tides of RB and rock roll, carefully tapping into mid-'50s youth culture with contemporary titles like Baby Don't Do It and All Night Long.

He retained his ties with traditional family values by recording Nuttin' for Christmas with a vocal by little prepubescent Barry Gordon in 1955. The following year, Art Mooney portrayed himself in #The Opposite Sex, a motion picture directed by David Miller. He also recorded soundtrack music for the James Dean-identified films #East of Eden, #Rebel Without a Cause, and #Giant. Mooney continued to record for MGM throughout the 1950s, cut picture discs for the Detroit-based Vogue label, and spent the early and mid-'60s making records for Decca, Spin-O-Rama, Kapp, Coronet, and RCA Victor. Art Mooney operated a restaurant in Massachusetts, played the clubs in Las Vegas on a regular basis, toured occasionally during the 1970s, and led the Guy Lombardo Orchestra during the 1980s. In 1993 he passed away in Florida at the age of 82. ~ arwulf arwulf, Rovi 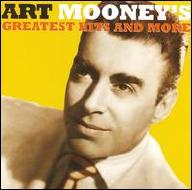 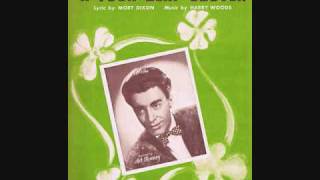 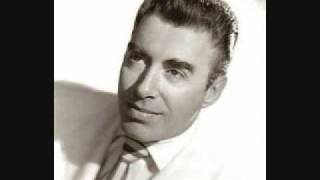 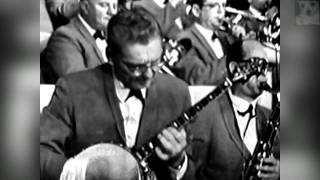 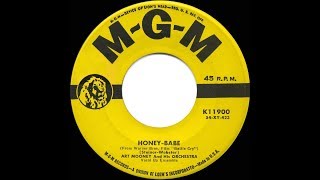 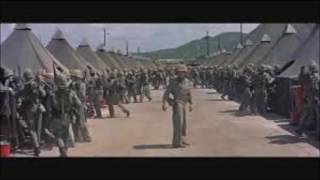 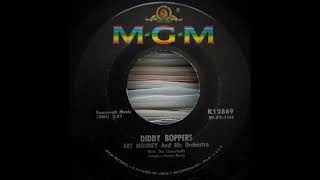 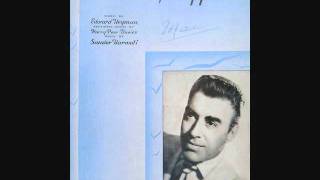 Art Mooney and His Orchestra - Bluebird of Happiness (1948)
Available here: