Close
Mike Watt
from Portsmouth, VA
December 20, 1957 (age 64)
Biography
One of the most influential figures in West Coast punk rock, Mike Watt first found recognition as the bassist with the unique San Pedro punk band the Minutemen (best heard on their 1984 masterpiece Double Nickels on the Dime) and his subsequent project fIREHOSE (typified on 1987's If'n). While Watt was a superb bassist, he's just as well known for how he does things as how he plays. Musically, Watt's basslines are a rich mixture of rock, funk, and jazz influences, powerfully fusing rhythm and melody, and he's worked with a broad range of collaborators, from Sonic Youth to Kelly Clarkson. Watt's solo albums are usually conceptual affairs, with a dominant theme uniting the songs (his father's experiences in the Navy informing 1997's Contemplating the Engine Room, and a near-fatal illness inspiring 2004's The Secondman's Middle Stand), with the bassist guiding by example but never dominating his fellow musicians. He also participates in ad-hoc projects with favored collaborators (such as Dos, Spielgusher, and Unknown Instructors) and sits in with established bands (he handled the bass on Porno for Pyros' Good God's Urge, the Stooges' The Weirdness, and the Cutthroat Brothers' The King Is Dead). Wherever his muse takes him, Watt is always guided by his philosophy of Econo, taking the boundaries imposed by working on a limited budget and using them as a path towards simplicity and creative self-reliance.

Mike Watt was born in Portsmouth, Virginia on December 20, 1957. His father served in the Navy, and the family moved often in the early years of Mike's life until they settled in San Pedro, California, a working-class port city, in 1967. When he was 14 years old, Watt met a fellow Pedro kid, Dennes Boon, and they became fast friends. The boys compared notes on their tastes in music -- Boon, whose father loved country music, wasn't familiar with much rock & roll besides Creedence Clearwater Revival, and Watt turned him on to harder rock acts like the Who, Alice Cooper, and Blue Öyster Cult. Boon's mother encouraged the kids to learn to play music of their own and form a band, and they both bought used guitars from a pawnshop; Watt invested $13 in a Teisco, while Boon lavished $15 on a Japanese Melody Plus. They formed a cover band and played the standard repertoire of '70s mainstream rock until they started reading about the budding punk rock scene in Hollywood. After checking out a few punk shows, they weren't initially impressed with the music, but they embraced the notion of budding musicians taking the stage and playing their own songs despite their lack of technical skill. Boon (now billing himself as D. Boon) and Watt formed their own punk band, the Reactionaries, with vocalist Martin Tamburovich and drummer George Hurley; their first show saw them opening for Black Flag at a San Pedro teen center. After seven months, Tamburovich would drop out and the remaining trio rebranded themselves the Minutemen; while Watt would deny it, it was widely believed the name derived from the fact their complicated burst of song rarely lasted more than 60 seconds. The band's stylistically diverse and fractured sound didn't mesh with the rising hardcore punk scene, but their speed and intensity did, and the Minutemen would become scene stalwarts on the basis of their frantic live shows and a run of well-reviewed albums and EPs for SST Records. The Minutemen started breaking out of the hardcore underground when R.E.M. tapped the group to open a tour for them in 1985, but tragedy struck late that year when D. Boon was in a serious accident with his van; he died on December 23, 1985 at only 27.

After the death of his best friend and musical partner, Watt fell into a deep depression and stopped playing music until Ed Crawford, a loyal Minutemen fan who had recently graduated from Ohio State University, heard a rumor that Watt and Hurley were auditioning new guitarists. Crawford borrowed a car and drove to San Pedro, and while he soon learned the rumors weren't true, Watt agreed to jam with him. Crawford's enthusiasm and encouragement from his friends in Sonic Youth (who brought him in to play on one cut of their 1986 album EVOL) prompted Watt to form a new band, fIREHOSE, with Watt on bass and vocals, Crawford (billed as Ed Fromohio) on guitar and vocals, and Hurley on drums. Their debut album, Ragin', Full-On, was released by SST in 1986, and won solid reviews, as did the group's live shows. Watt also nurtured a side project, Dos, a two-bass duo with Kira Roessler, who had previously played in Black Flag and was his spouse at the time, making their recording debut with a 1991 LP, Uno con Dos. As fIREHOSE became increasingly successful and was opening shows for the Beastie Boys, Columbia Records offered them a contract, and 1991's Flyin' the Flannel was their first major-label effort. J. Mascis of Dinosaur Jr produced their second Columbia album, Mr. Machinery Operator, but personal tensions began to seep into the trio and in 1994 fIREHOSE broke up.

Watt had become a well-respected figure in the alternative music scene, and he rounded up a large number of friends and admirers to contribute to his first solo album. Watt described 1995's Ball-Hog or Tugboat? as his "wrestling record," with each track featuring a different group of musicians exchanging ideas, as Watt often handed the lead vocals over to his accompanists. With members of Nirvana, Pearl Jam, Soul Asylum, and the Red Hot Chili Peppers in the mix, Ball-Hog or Tugboat? earned plenty of press, even if the music was too esoteric to make it a hit. Watt went on tour with a band featuring the unbilled Eddie Vedder (of Pearl Jam) and Dave Grohl (of Nirvana), with Grohl's new project Foo Fighters as the opening act. Once word got out about Watt's accompanists, the tour sold out most dates, and a recording from the Chicago date of the tour was released in 2016 under the title Ring Spiel Tour '95. In 1996, Watt was recruited to play bass with Perry Farrell's post-Jane's Addiction band Porno for Pyros, appearing on their Good God's Urge and joining them for their subsequent concert tour. 1997 brough Watt's second solo effort, Contemplating the Engine Room, a "punk rock opera" that combined Watt's father's experiences in the military with his own years in the Minutemen and his friendship with D. Boon. Watt's band for the sessions included drummer Steve Hodges and guitarist Nels Cline, who would go on to join indie favorites Wilco. That same year, Watt signed on as bassist with Banyan, an experimental jazz-rock project led by Jane's Addiction drummer Stephen Perkins. Their self-titled debut album appeared in 1997, while subsequent albums came out in 1999 (Anytime at All) and 2004 (Live at Perkins' Palace). Watt was also part of an alternative rock all-star ensemble, the Wylde Ratttz, featuring Stooges guitarist Ron Asheton as well as Thurston Moore and Steve Shelley of Sonic Youth, Don Fleming of Gumball, and Mark Arm of Mudhoney. They came together to record music for Todd Haynes' film Velvet Goldmine, and recorded enough material for a full album, though contractual issues kept the music in the vault until it was given a digital release in 2020.

In early 2000, Watt had a close brush with death due to severe flu-like symptoms brought on by an internal abscess in his perineum that went undetected for months. After successfully recuperating, Watt got back into playing by teaching himself Stooges songs on the bass. J Mascis helped Watt get back into action by bringing him along to play bass on his 2000 album More Light and a subsequent tour. In 2002, Watt divided his time between working with his latest group, the Secondmen, featuring Pete Mazich on organ and Jerry Trebotic on drums, and more recording and touring with Mascis. At a show in Michigan, Mascis invited Ron Asheton to sit in, and everyone enjoyed the results so much that Ron and his brother, Stooges drummer Scott Asheton, joined the touring party, playing a set of high-volume Stooges covers each night. The shows created enough buzz that Iggy Pop invited Ron and Scott to record some tracks with him for his 2003 album Skull Ring. The studio reunion of the Stooges led to an invitation for the band to appear at California's Coachella Festival in April 2003. On Ron Asheton's recommendation, Watt was tagged to take over for the late Dave Alexander on bass, and he would join the Stooges on their periodic concert tours until the band finally broke up in 2016, following the deaths of Ron and Scott Asheton. Watt would also record a pair of albums with the reunited band, 2006's The Weirdness and 2013's Ready to Die.

After the Stooges completed tours of North America and Europe, Watt brought the Secondmen into the studio to cut his third solo album and second "punk rock opera," 2004's The Secondman's Middle Stand, a song cycle that concerned Watt's 2000 illness, with allusions to Dante's The Divine Comedy. The Stooges' touring schedule kept Watt busy over the next dozen years, but he always found time to work on other projects. He played bass on Kelly Clarkson's moody 2007 album My December, collaborated with Nels Cline and Yuka Honda on the 2010 EP by Floored by Four, completed a long-gestating project with influential rock writer Richard Meltzer on the 2012 debut from Spielgusher, cut a pair of albums with the Italian experimental duo Il Sogno del Marinaio (beginning with 2013's La Busta Gialla), and toured with eccentric roots rocker Tav Falco, later playing bass on Falco's 2017 Christmas album.

Watt cut his third opera in 2011, the fractured and deeply personal Hyphenated-Man, with Tom Watson on guitar and Raul Morales on drums. He also continued his association with Nels Cline in the experimental combo Big Walnuts Yonder, who issued their first album in 2017, matching Watt and Cline with guitarist and singer Nick Reinhart of Tere Melos and drummer Greg Saunier of Deerhoof. And Unknown Instructors was a jazz-punk meeting of the minds between Saccharine Trust guitarist Joe Biaza and poet and sax player Dan McGuire; they delivered albums in 2005 (The Way Things Work), 2006 (The Master's Voice), 2009 (Funland), and 2019 (Unwilling to Explain). Watt was one of several luminaries of experimental music who pooled their talents to create 2020's A Love Supreme Electric: A Love Supreme and Meditations, devoted to new interpretations of John Coltrane's most celebrated work. And the swampy blues-punk duo the Cutthroat Brothers persuaded Watt to join them on bass for the album The King Is Dead, issued in June 2021. Before the year was out, another Cutthroat Brothers album featuring Watt, Devil in Berlin, was made available to fans. ~ Mark Deming, Rovi 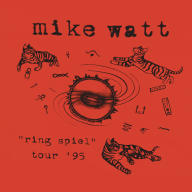 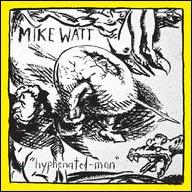 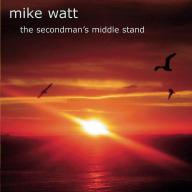 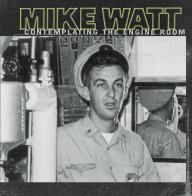 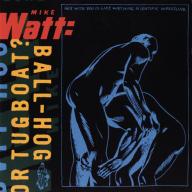 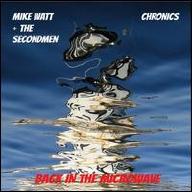 Microwave Up in Flames
2015
Videos
Close 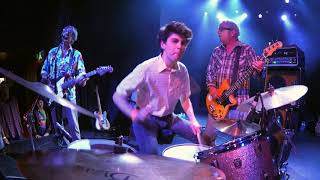 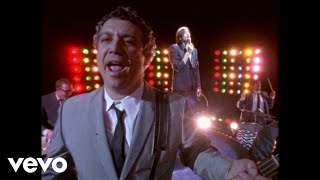 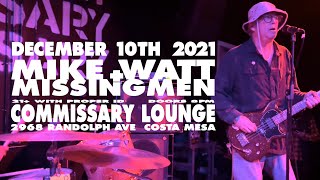 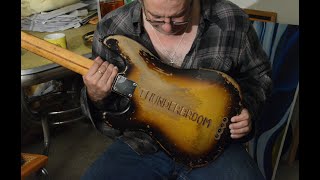 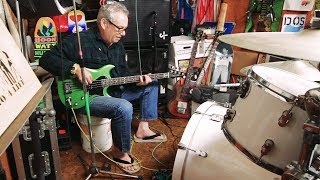 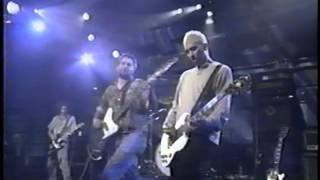 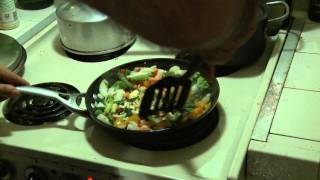