Close
Bob Johnston
from Hillsboro, TX
May 14, 1932 - August 14, 2015 (age 83)
Biography
If all he had accomplished were the 1960s albums he produced for Bob Dylan, Bob Johnston would be a notable figure in rock history. He also produced some of Simon Garfunkel's most popular and important hit singles and albums, and worked with major singer/songwriters in rock, country, and folk music, from stars (Willie Nelson) to more specialized talents (Leonard Cohen, Loudon Wainwright III, Tracy Nelson), to downright cult figures (Dino Valente). There is surprisingly little information about Johnston dispensed by standard rock histories, and he has remained a fairly nondescript figure to the general public. Perhaps that's because he was a producer whose skill lay in organizing appropriate musicians for sessions, and in letting artists do their thing, rather than putting a distinct sonic imprint onto his releases.

Johnston's most important albums came about, in part, by being in the right place at the right time. He was working at Columbia's Nashville division when Bob Dylan fell out with his previous producer, Tom Wilson, in mid-1965, just after the session that yielded the massive hit "Like a Rolling Stone." Wilson, a black Harvard economics graduate who had produced jazz records before being enlisted as Dylan's producer in 1963, had been an unlikely choice for the position; Johnston was just as unlikely. Both men seemed to have been selected largely out of convenience, as they were already working for Columbia and available, and both men came through with flying colors on their assignments, even if they looked like they might lead to disaster on paper.

Johnston produced most of Dylan's Highway 61 Revisited, the 1965 album that is usually viewed as one of his best two or three albums. Johnston's largest contribution to Dylan's sound, however, came the following year, when he suggested that the singer record in Nashville rather than New York, and use several of Nashville's top session musicians. On the face of things, this wasn't terribly logical. Dylan was still getting used to working with bands and electric instruments, and his 1965 albums were, even at the time, hailed as classics and big sellers. Why mess with a good setup?

But Johnston had already introduced a Nashville session great, Charlie McCoy, into Dylan's records by getting him to come to New York to play on some of Highway 61. Blonde on Blonde, Dylan's 1966 double album, was recorded almost entirely in Nashville, with top Nashville session aces like McCoy (on guitar), drummer Kenneth Buttrey, and guitarist Jerry Kennedy, although a couple of key musicians who had played on earlier Dylan folk-rock recordings (organist Al Kooper and guitarist Robbie Robertson) were also along. The Nashville guys weren't used to Dylan's off-the-cuff approach to the studio, the musicians not from Nashville weren't used to the town's way of record-making, and there had been little in Dylan's previous discography to suggest that he wanted or needed a strong country flavor.

But somehow it all clicked: Blonde on Blonde is recognized as one of the great 1960s rock albums, and despite the Nashville setting, it was a record that definitely rocked, often pretty hard. Dylan's spontaneity may have been the antithesis of Nashville perfectionism, but the musicians were able to make this work for them in one of the central cuts, the 12-minute "Sad Eyed Lady of the Lowlands," done in one take after the musicians waited in the studio for him to finish writing the song. For the hit single "Rainy Day Women #12 & 35," the musicians played like a drunken Salvation Army band.

Johnston seems to have had a somewhat laissez-faire approach to recording Dylan. In Robert Shelton's Dylan biography No Direction Home, the producer is quoted as claiming, "I don't really 'produce' his albums, but just do my best to make him smile when he leaves the studio." He must be given credit, however, for helping to arrange the Nashville sessions in the first place, and presumably for going with Dylan's flow and accommodating spur-of-the-moment inspirations like "Rainy Day Women #12 & 35" and "Sad Eyed Lady of the Lowlands," which many established producers would have opposed.

Although there was not much overt country influence on Blonde on Blonde, Dylan would continue to record in Nashville throughout the rest of the 1960s, with Johnston at the helm, on albums that got deeper and deeper into country. For John Wesley Harding the sound got more stripped-down, with McCoy (on bass) and Buttrey retained from Blonde on Blonde, and top steel guitarist Pete Drake added for a few cuts. On Nashville Skyline Dylan ventured into pure country. Johnston also produced some unreleased sessions for a possible Bob Dylan-Johnny Cash collaboration album around the time of Nashville Skyline, although only one of these cuts ("Girl from the North Country") was released. Cash was certainly a big influence on Dylan around 1969, and although the two had known and admired each other since the early '60s, long before Dylan knew Johnston, the fact that Johnston was also producing Cash must have made the symbiosis easier to occur.

Johnston's casual approach to working with Dylan is evidenced by Nashville Skyline's "To Be Alone with You," which leads off with Dylan asking the producer, "Is it [the tape] rolling, Bob?" Of course Johnston was dependent upon quality songs from Dylan himself to make the casual approach work, and as Dylan's material declined in standard on Nashville Skyline, and much more alarmingly so on Self Portrait, the Johnston-Dylan collaboration could sound more sloppy and half-baked than inspired. Johnston did not produce Dylan after 1970.

As a Columbia staff producer, Johnston was able to work with several other top artists at the label during the last half of the 1960s. He produced Simon Garfunkel's first electric folk-rock albums, Sounds of Silence and Parsley, Sage, Rosemary and Thyme. Interestingly, here again Johnston was taking the reins from Tom Wilson, who had produced Simon Garfunkel's debut, and whose idea it had been to give the duo a folk-rock sound by overdubbing electric instruments and drums onto the first (acoustic) version of "The Sound of Silence." In a sense, it could be said that with both Dylan and Simon Garfunkel, Johnston was the man to follow through with the folk-rock transition that Wilson had helped to initiate. Outside of rock, Johnston worked with Johnny Cash during the country star's period of greatest success with the pop audience, when he was scoring hits with songs like "A Boy Named Sue" in the late '60s. He also produced big mainstream country hits by Marty Robbins and the Statler Brothers.

Johnston kept busy with several less commercial Columbia acts during this time as well. There was spaced-out psychedelic folk by "Get Together" composer Dino Valente on his rare self-titled album ("There's no such thing as having too much freedom when you work with me," says Johnston on the liner notes to the CD reissue of the disc). There was Leonard Cohen's Songs from a Room and Songs of Love and Hate, the fading Byrds' Dr. Byrds Mr. Hyde, and the eccentric California country-rocker Dan Hicks. If there is a common thread running through Johnston's 1960s projects, it's a willingness to blend forms -- rock, country, and folk in particular -- that prior to the mid-'60s had not intersected much in a serious, singer/songwriter fashion geared toward the album market.

Johnston did keep active through the 1970s, again with musicians who frequently straddled the country, folk, and rock genres; it's just that the material and talent weren't as inspired or groundbreaking as what he had to work with between 1965 and 1970. There were records by Loudon Wainwright III, Tracy Nelson, the New Riders of the Purple Sage, and cowboy singer Michael Martin Murphey, as well as people working the edgier side of country music, such as Joe Ely and Hoyt Axton. His activity diminished after that, although he was doing some work in the studio throughout the 1990s and intermittently into the new millennium, with a co-producing credit on singer/songwriter Nathan Maxwell's Undone EP, released on the Hoodoo label in 2004. ~ Richie Unterberger, Rovi 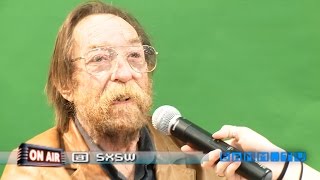 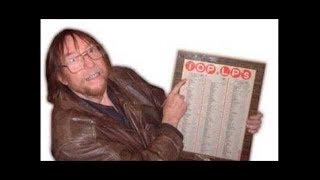 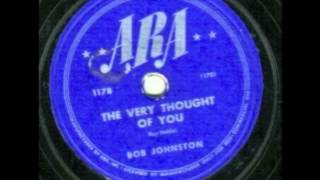 The Very Thought Of You - Bob Johnston 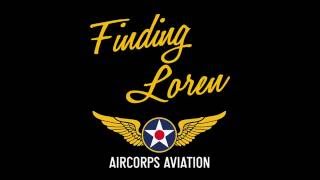 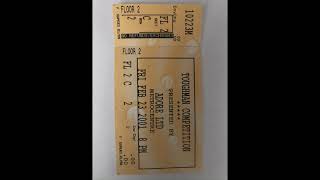 Bob Johnston Shares The History of the Toughman Competition 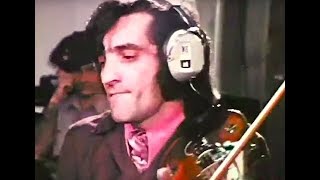 David Hoffman Filmmaker In A Nashville Recording Studio in 1969 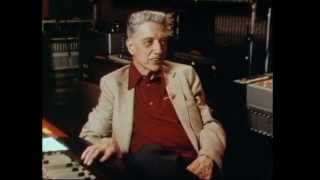