Close
NHK Symphony Orchestra
from Tokyo, Japan
formed October 5, 1926 (age 95)
Biography
The NHK Symphony Orchestra is one of Japan's leading symphonic ensembles. Although associated with the national NHK broadcaster, the group performs concerts in Japan and abroad as well as recording extensively.

The NHK Symphony Orchestra was founded as the New Symphony Orchestra in October of 1926, growing out of an earlier Japan Symphony Association whose membership included theater musicians as well as Russian players from the Asian mainland. The group was later called the Japan Symphony Orchestra for a short time and assumed its present name when the NHK broadcast network began to contribute financial support in 1951. The orchestra's first conductor was Hidemaro Konoye, who held the baton from 1926 to 1935, but foreign conductors were recruited relatively early. Joseph Rosenstock, a German Jew who had fled Berlin, conducted the orchestra from 1935 to 1946 despite protests from the German embassy in Tokyo; he returned for a second stint in 1956 and 1957, influencing many younger Japanese conductors and musicians. Later conductors included Wolfgang Sawallisch (1967-1994), Charles Dutoit (1996-2003), Vladimir Ashkenazy (2004-2007), André Previn (2012-2019), and Paavo Järvi (2016-). Conducting duties often rotate among a permanent conductor, a principal conductor, and a music director, with strong roles for honorary and emeritus conductors as well. In addition to broadcasts and performances in its own NHK Hall, the orchestra often performs at Suntory Hall and the Tokyo Opera City Concert Hall. The group gives 120 concerts annually, including 54 subscription concerts broadcast on NHK radio and television.

The NHK Symphony has a substantial recording catalog. Sometimes the group has recorded Asian music, such as Bunya Koh's Sketches of the Old Capital (1995) and Shin-Ichiro Ikebe's orchestral music (2012), but most of the orchestra's output has been devoted to Western music. The group's recordings have appeared on Exton, Camerata, and as of 2017, RCA Red Seal, among other labels. ~ James Manheim, Rovi 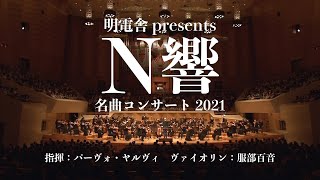 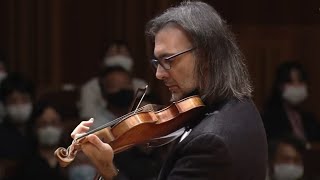 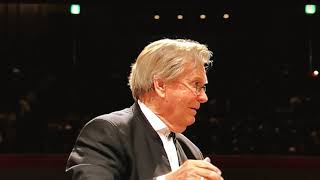 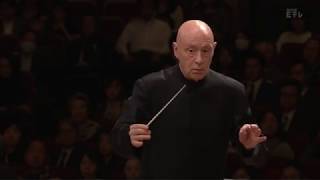 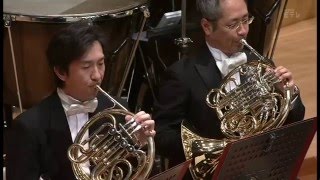