Close
Dinah Washington
from Tuscaloosa, AL
August 29, 1924 - December 14, 1963 (age 39)
Biography
Dinah Washington was one of the most beloved and versatile singers of the mid-20th century, at home in all kinds of music, be it R&B, blues, jazz, gospel, and pop. Hers was a gritty voice, marked by absolute clarity of diction and clipped, bluesy phrasing. Washington's personal life was turbulent and her interpretations showed it, for she displayed a tough, totally unsentimental, yet still gripping hold on the universal subject of lost love. From the 1940s onwards, she scored numerous Top Ten singles on the R&B charts before crossing over to the pop charts with 1959's What a Diff'rence a Day Makes!, which also won her Grammy for Best R&B Performance. Although she died young in 1963, she has had a huge influence on R&B and jazz singers who have followed in her wake, notably Nancy Wilson, Esther Phillips, and Diane Schuur. Her music as been collected on several large-volume series, including The Complete Dinah Washington on Mercury and The Complete Roulette Dinah Washington Sessions.

Born Ruth Lee Jones, she moved to Chicago at age three and was raised in a world of gospel, playing the piano and directing her church choir. At 15, after winning an amateur contest at the Regal Theater, she began performing in nightclubs as a pianist and singer, opening at the Garrick Stage Bar in 1942. Talent manager Joe Glaser heard her there and recommended her to Lionel Hampton, who asked her to join his band. Hampton says that it was he who gave Ruth Jones the name Dinah Washington, although other sources claim it was Glaser or the manager of the Garrick Stage Bar. In any case, she stayed with Hampton from 1943 to 1946 and made her recording debut for Keynote at the end of 1943 in a blues session organized by Leonard Feather with a sextet drawn from the Hampton band. With Feather's "Evil Gal Blues" as her first hit, the records took off, and by the time she left Hampton to go solo, Washington was already an R&B headliner.

Signing with the young Mercury label, Washington produced an enviable string of Top Ten hits on the R&B charts from 1948 to 1955, singing blues, standards, novelties, pop covers, and even Hank Williams' "Cold, Cold Heart." She also recorded many straight jazz sessions with big bands and small combos, most memorably with Clifford Brown on Dinah Jams but also with Cannonball Adderley, Clark Terry, Ben Webster, Wynton Kelly, and the young Joe Zawinul (who was her regular accompanist for a couple of years).

In 1959, Washington made a sudden breakthrough into the mainstream pop market with What a Diff'rence a Day Makes! The album featured a revival of composer María Grever's 1930s composition (also previously a hit for the Dorsey Brothers) set to a Latin American bolero rhythm. It was a Top Ten Hot 100 hit and won the Grammy for Best R&B Performance. For the rest of her career, she would largely concentrate on singing ballads backed by lush orchestrations for Mercury and Roulette, a formula similar to that of another R&B-based singer at that time, Ray Charles. Included among these are gems like her 1961 rendition of Billie Holiday's "Don't Explain," which has a beautiful, bluesy Ernie Wilkins chart conducted by Quincy Jones. Tragically, Washington died of an accidental overdose of diet and sleeping pills mixed with alcohol at the early age of 39, still in peak voice, still singing the blues in an L.A. club only two weeks before the end. ~ Richard S. Ginell, Rovi 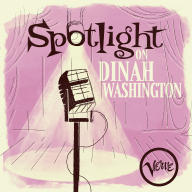 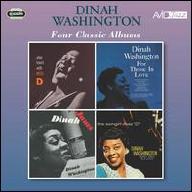 After Hours With Miss D/For Those in Love
2020 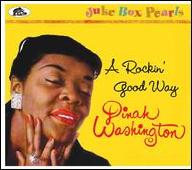 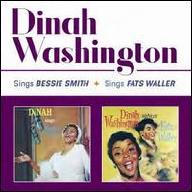 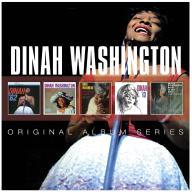 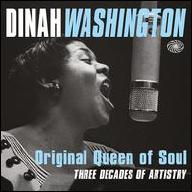 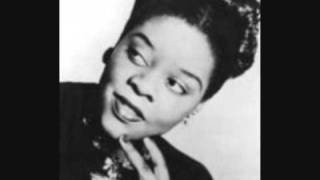 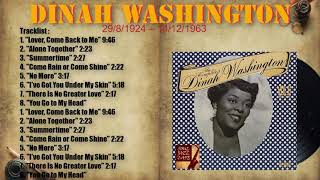 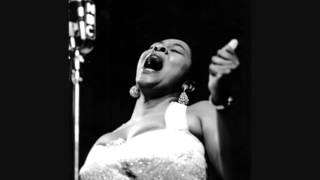 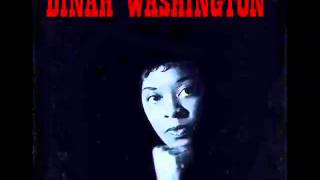 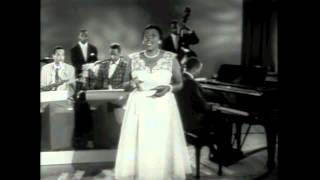 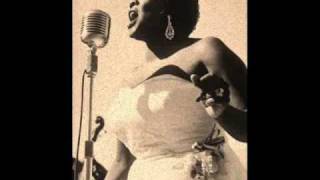 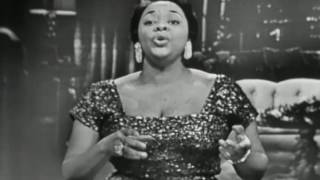 Dinah Washington LIVE TV 1955 "That's All I Want From You"
Available here: