Close
Emanuel Ax
from Lviv, Ukraine
June 8, 1949 (age 73)
Biography
One of the 20th and 21st century's most highly regarded pianists, Emanuel Ax has performed all over the United States and Europe. His repertoire includes chamber music literature such as Béla Bartók, Schoenberg, and Mozart. He regularly performs concerts and recitals with Yo-Yo Ma and Yong Uck Kim. Ax spends a great deal of his time performing concerts and recitals. A renowned pianist at the age of 25, his popularity as a classical pianist has only increased.

Ax was born in Lvov, Poland, on June 8, 1949. His love for the piano began at the age of six when he began taking lessons in Warsaw. He and his family moved to North America in 1961, where he continued his piano lessons. At the Juilliard School of Music in New York, Ax studied with Mieczyslaw Munz. He made his professional debut recital in 1973. In 1974, Ax earned international fame when he won the first Arthur Rubenstein International Competition in Israel. From this one competition came a lifetime of notoriety as a pianist. After numerous recitals and performances all over the world and playing in London in 1977, Ax traveled back to New York to win the Avery Fisher Prize for Music in 1979. He regularly performs with the New York Philharmonic, Boston Symphony, and Philadelphia Orchestra. Aside from these concerts and recitals, Ax performs at festivals, including Ravinia, Aspen, and Tanglewood. In 1994, he played Mozart's D minor concerto at the London Proms.

In 1987, Ax signed an exclusive contract with the Sony Classical label. He recorded the Liszt Concertos and a Schoenberg Concerto, as well as many works by Beethoven and Brahms, including the Brahms' Second Concerto with the Boston Symphony, conducted by Bernard Haitink. The second and third releases in his Haydn piano sonata cycle each won him a Grammy Award. While touring in Europe during the 1996-97 season, Ax played Hans Werner Henze's Tristan, conducted by Kurt Masur, for the composer's 70th birthday. His concert tours have been a major part of his international recognition, including concerts with the City of Birmingham Symphony Orchestra, the European Union Youth Orchestra, and the Berlin Festival Orchestra. During his musical career, he has worked with such conductors as Simon Rattle, Donald Runnicles, and Leonard Slatkin, among many others.

Aside from numerous concert and recital appearances per season, Ax still finds time to record with his colleagues. He has regularly appeared with cellist Yo-Yo Ma since the '70s. Together, the two have earned five Grammy Awards; one was for an album of clarinet trios with Ma and Richard Stoltzman. With Isaac Stern, Jaime Laredo, and Yo-Yo Ma, he toured the U.S. performing works by Brahms, Fauré, Beethoven, and Mozart. Ax and Ma continued their partnership in 2020 with a series of recitals at Carnegie Hall, and the pair performed several times spontaneously for essential workers during the coronavirus lockdowns that year. Ax teaches at the Juilliard School and resides in New York with his wife, with whom he has two children. ~ Kim Summers, Rovi 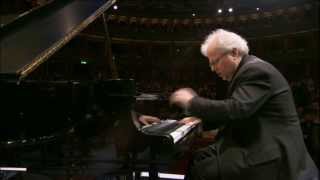 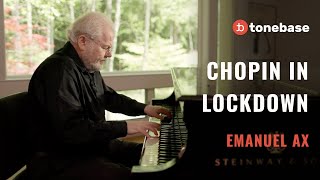 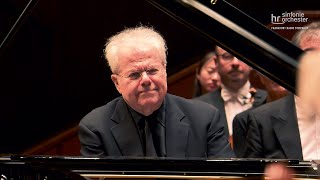 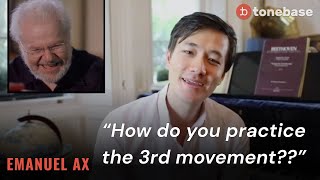 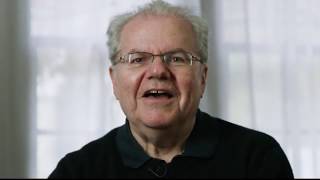 “Entering a competition is like going to a 7-11 and buying a lottery ticket.” - Emanuel Ax