Close
Terrace Martin
from Los Angeles, CA
December 28, 1978 (age 43)
Biography
Terrace Martin is one of the most versatile and freely collaborative artists of his generation. A product of Los Angeles' rich music community, the multi-instrumentalist, producer, composer, and vocalist has performed and recorded extensively with the likes of Snoop Dogg, Lalah Hathaway, Herbie Hancock, and Kendrick Lamar, and has been Grammy-nominated through his contributions to the latter's Good Kid, M.A.A.D. City and To Pimp a Butterfly. Martin also has an abundant discography as a leader synthesizing R&B, jazz, and hip-hop in communal fashion. It includes full-length projects such as his early street album Locke High (2008), the Grammy-nominated Velvet Portraits (2016), and the Pollyseeds' Sounds of Crenshaw, Vol. 1 (2017), the first showcase for his Sounds of Crenshaw label. Since participating in Robert Glasper's R+R=Now group for Blue Note, Martin has continued to work with artists across genres while issuing numerous EPs, a live date featuring fellow Locke High School graduate Kamasi Washington, and the Ric Wilson collaboration They Call Me Disco (all in 2020), all while completing his album Drones (2021).

The first record the young Martin bought was EPMD's single "You Gots to Chill." While his love of hip-hop continued to grow, he also began to appreciate jazz through his father, a drummer. Having played keyboards for several years, Martin picked up the saxophone at the age of 13. While attending Locke High School, the music program of which previously developed noted musicians such as Ndugu Chancler, Patrice Rushen and Gerald Albright (and would later produce Martin associates such as Kamasi Washington and Thundercat), he moved up to first chair of the California All-State Honors Jazz Band. Gigs with Billy Higgins, P. Diddy, and Kirk Franklin followed shortly thereafter. Martin also began a long-term association with Snoop Dogg and gained a college scholarship via Jay Leno after the Tonight Show Band's Kevin Eubanks heard his playing.

Martin kicked off his production career in 2004 with Snoop, Warren G, and Nate Dogg's group 213, Shawnna, and others, and the next year he landed a track with Warren G along with three other cuts on the collection Bigg Snoop Dogg Presents: Welcome to tha Chuuch - Da Album. Snoop presented Martin's 2007 mixtape Signal Flow, and also gave Martin his first production credit on a single when "Neva Have 2 Worry" was issued in 2008. That year, Martin also released the street album Locke High, hosted by Snoop and DJ Drama with early influences DJ Quik and Kurupt among the other contributors. Across the next few years, he cultivated his solo discography, partnered with DJ Devi Dev on the mixtape Here, My Dear and the Sex EP, and joined forces with rapper Murs for Are Melrose. Martin produced co-produced the title track and produced "Real" for Kendrick Lamar's 2012 breakthrough Good Kid, M.A.A.D. City, and earned his first recognition from the Recording Academy when it was nominated for Album of the Year. Martin's own 3ChordFold arrived in 2013 with appearances from Lamar, Snoop, Ab-Soul, and Robert Glasper. It was his first solo release to register on a Billboard chart, landing at number 43 on Top R&B/Hip-Hop Albums.

Martin racked up an assortment of credits throughout the ensuing years on albums by Big K.R.I.T., Travi$ Scott, Ty Dolla $ign, and YG. He became a two-time Grammy nominee in 2015 when Kendrick Lamar's To Pimp a Butterfly, featuring "King Kunta" among several of his co-productions, was up for Album of the Year. Signed as a leader to the Ropeadope label, Martin released Velvet Portraits in 2016. Featuring Glasper, Thundercat, and Lalah Hathaway, the album peaked at number two on Billboard's Jazz Albums chart, and its relaxed grooves also won over the Recording Academy with a Grammy nomination in the category of Best R&B Album. Continued studio sessions and live activity with numerous collaborators, including Herbie Hancock, preceded 2017's Sounds of Crenshaw, Vol. 1. Credited to the Pollyseeds, it was another multi-genre affair, involved the likes of Glasper, Kamasi Washington, and Rose Gold, and entered the jazz chart at number three. Martin then took part in Glasper's R+R=Now group, which in 2018 released the Blue Note LP Collagically Speaking. By the end of the decade, his extensive list of side credits had lengthened with Snoop, Lamar, and Washington, as well as ScHoolboy Q, Rapsody, and 2 Chainz, all continuing to seek him as an instrumentalist, producer, and songwriter. A flurry of projects followed in 2020. Among them were short-form headlining releases such as Soul Juice, Conscious Conversations, Sinthesize, Impedance, and the Grammy-nominated Dinner Party: Dessert, and the full-length Terrace Martin's Gray Area Live at the JammJam (featuring Washington). Martin also teamed up with Ric Wilson for They Call Me Disco. Drones, an album project years in the making, was released by Martin in 2021. ~ Andy Kellman & David Jeffries, Rovi 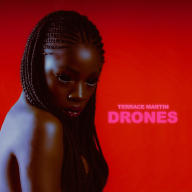 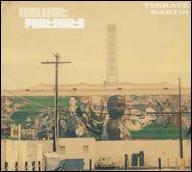 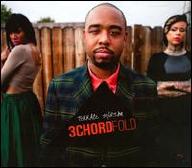 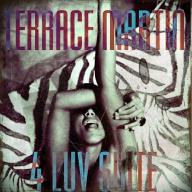 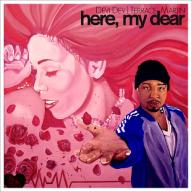 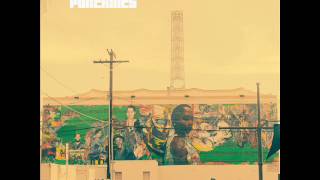 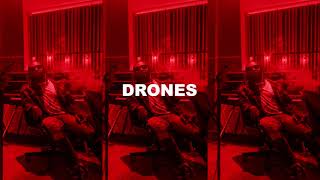 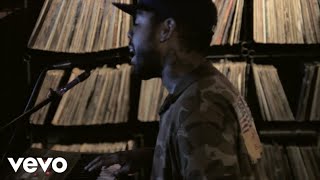 Terrace Martin - For Ever With You 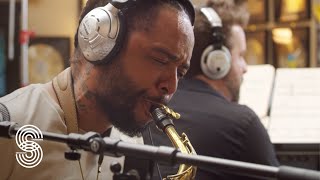 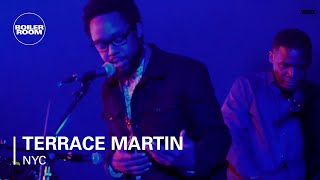 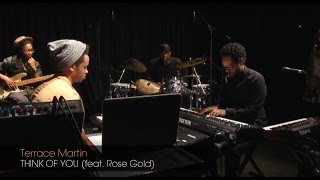