Close
Lud Gluskin
Biography
Lud Gluskin, also known as Ludwig Grassnick, led a jazz and dance band in Europe during the late 1920s and early '30s. His recording output was enormous, and some say he waxed more than 700 sides during the height of his popularity. He was born Ludwig Elias Gluskin in New York City on December 16, 1898. By the mid-'20s, however, he was on European soil working as a drummer in French pit orchestras and dance bands, most memorably at Le Perroquet, a swank nightclub positioned above the Casino de Paris.

In July 1927 the Playboys, a Chicago-style jazz band from Detroit led by violinist Fred Zierer appeared on the scene, played their scheduled engagements, and promptly ran out of money. Rallying the players, Gluskin took them to Italy where they performed at the Hotel Excelsior Venice Lido and returned the following year with a well-organized group which became the core of the Lud Gluskin Orchestra. The band often used Jean Goldkette arrangements, which is most logical considering the fact that some of its key players had originally worked in Michigan, Goldkette's stomping grounds. North American members of the Gluskin orchestra were trumpeter Arthur Briggs, New Orleans-born trombonist Emile Christian, reedmen Gene Prendergast, Spencer Clark, and Danny Polo, as well as pianist Paulie Freed. Europeans included trumpeter Faustin Jeanjean, trombonist and cellist Leo Vauchant-Arnaud, reed and flute man Maurice Cizeron, and bassist Arthur Pavoni.

Gluskin's band worked constantly, providing music at the Paris Paramount Studios where American soundtracks were dubbed into French and entertaining patrons at the Casino. When Vauchant-Arnaud left to sign on with British bandleader Jack Hylton, Gluskin hired Emile Christian, incorporating an authentic Crescent City jazz man into the group and greatly enhancing the quality of traditional warhorses like Tiger Rag and Milenberg Joys. In December 1928 the orchestra took itself to Berlin where they commenced making records at a terrific pace while wowing the public at numerous nightclubs. During 1929 they cheerfully traversed a circuit from Paris to the Riviera to Berlin, where Gluskin advertised his band's appearance at the Haus Germania by leafleting from an aeroplane.

As the global economy weakened with the onset of the Great Depression and Gluskin's Russian-Jewish ancestry barred him from bookings in Nazi Germany, dwindling work opportunities caused him to dissolve his band in 1933 and return to the U.S. in February 1934. Gluskin proceeded to form a sweet society dance orchestra which was soon heard over the radio on a regular basis. In 1937 he secured a position at CBS in Hollywood as musical director. Ultimately he was able to enjoy a long and productive period of active maturity as well as a peaceful retirement. He passed away in Palm Springs, CA on October 13, 1989. ~ arwulf arwulf, Rovi 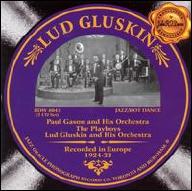 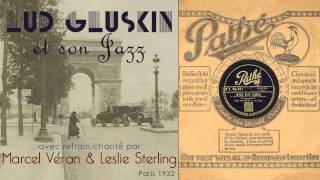 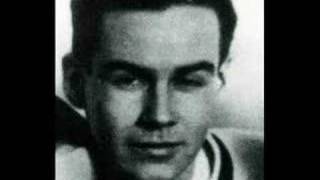 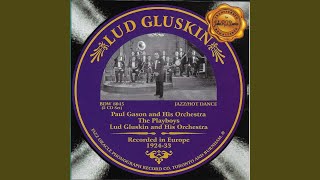 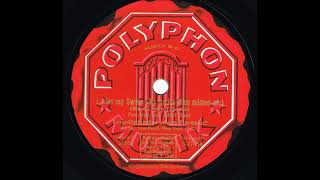 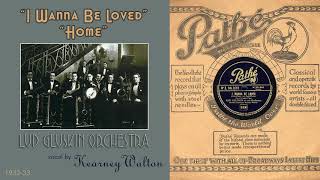 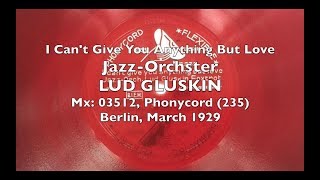 I Can't Give You Anything But Love - Lud Gluskin 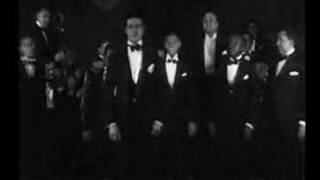