Close
Paquito D'Rivera
from Havana, Cuba
June 4, 1948 (age 74)
Biography
Cuba-born and New York-based saxophonist and clarinet player Paquito D'Rivera has balanced a career in Latin jazz with commissions as a classical composer and appearances with symphony orchestras. Classical New Jersey wrote, "Whether playing Bach or post-bop, D'Rivera's mastery of the instruments and [his] expressive capability is unquestionable."

D'Rivera inherited his understanding of music from his father, Tito, a classical saxophonist and conductor. At the age of five, he began being tutored in musical theory by his father. Within a year, he was playing well enough to be paid as a musician. By the age of seven, he became the youngest musician to endorse a musical instrument (Selmer saxophones). Three years later, he performed with the National Theater Orchestra of Havana. Although he initially played soprano saxophone, D'Rivera switched to the alto after teaching himself to play via the book Jimmy Dorsey Saxophone Method: A School of Rhythmic Saxophone Playing. Strengthening his knowledge of music and playing techniques, D'Rivera began studying at the Havana Conservatory of Music in 1960. In 1965, he became a featured soloist with the Cuban National Symphony Orchestra. After playing with the Cuban Army Band, he joined pianist Chu Chu Valdez to found the Orchestra Cubana de Musica Moderna, and served as the band's conductor for two years.

In 1973, he joined eight members of the Orchestra Cubana de Musica Moderna to form Irakere. The group, which fused jazz, rock, classical, and traditional Cuban music, became the first post-Castro Cuban group to sign with an American record label. Along with the band, D'Rivera toured the world and Irakere became a top-rated jazz ensemble. In 1979, the group joined American jazz and rock performers for a music festival, Havana Jam, that was recorded and released the following year. In 1981, D'Rivera defected from Cuba and moved to the United States. Before long, he was playing with such American musicians as Dizzy Gillespie, David Amram, and Mario Bauza. According to Bauza, D'Rivera was "the only musician I know on the scene playing the real Latin jazz, all others are playing Afro-Cuban jazz."

D'Rivera's debut solo album, Blowin', released in June 1981, was followed by Mariel a year later. Time magazine wrote, "The bopped-up, romantic, salty and sensuous jazz that he makes recognizes no real political boundary. It has its roots equally in the hothouse Latin rhythms of his homeland and in the high-flying horns of Charlie Parker, John Coltrane, and Lee Konitz." In 1988, D'Rivera was invited to become a charter member of Gillespie's 15-piece all-star group, the United Nations Orchestra. The same year, he was a guest soloist with the National Symphony Orchestra for their world-premiere performance of Roger Kellaway's David Street Blues at the John F. Kennedy Center. He continued to be involved with a variety of projects. In addition to performing with the Paquito D'Rivera Big Band, the Paquito D'Rivera Quintet, the chamber music group Triangulo, and the calypso and salsa band the Caribbean Jazz Project, he began to accept commissions to compose for chamber groups and orchestras. In 1989, he composed "New York Suite" for the Gerald Danovich Saxophone Quartet, and five years later he composed "Aires Tropicales" for the Aspen Wind Quintet. The piece has subsequently been performed by at least four quintets.

In 1997, D'Rivera's album Portraits of Cuba received a Grammy Award as Best Latin Jazz Performance. During the summer of 1999, he collaborated with Germany's Chamber Orchestra Werneck in a series of programs, D'Rivera Meets Mozart. D'Rivera was artist-in-residence for the New Jersey Performing Arts Commission and artistic director in charge of jazz programming for the New Jersey Chamber Music Society. His autobiography, My Saxual Life, was published by the Spanish book publisher Seix Barral, along with a novel, En Tus Brazos Morenos, scheduled to follow shortly afterwards.

The album Live at the Blue Note appeared in the spring of 2000, and Habanera followed in early 2001. In 2001, D'Rivera released The Clarinetist, Vol. 1, his first recording to rely exclusively on the strengths of its woodwind namesake. Arriving in 2002, Brazilian Dreams, a live recording featuring the New York Voices and trumpeter Claudio Roditi, won the Grammy for Best Latin Jazz Album. It was followed in 2003 by the swinging Big Band Time. Several more well-received albums followed in 2004, including Music of Both Worlds, Tribute to Cal Tjader, and Riberas, the latter of which took home the Latin Grammy for Best Classical Album. The Grammy-nominated Jazz Chamber Trio followed in 2005. In 2007 D'Rivera delivered Funk Tango, which took home another Grammy, this time for Best Latin Jazz Album. Two years later, he teamed with clarinetist Sabine Meyer for Jazz Clazz.

In 2010, D'Rivera released the expansive live album Panamericana Suite, which won two Latin Grammys for Best Latin Jazz Album and Best Classical Contemporary Composition. D'Rivera then joined Paraguayan classical guitar virtuoso Berta Rojas for Día y Medio: A Day and a Half in 2012. In 2013, D'Rivera paid homage to his mother with the Brazilian-themed trio album Songs for Maura, which also won the Grammy for Best Latin Jazz Album. A year later, he combined his love of jazz and classical with Jazz Meets the Classics, featuring adventurous reworkings of compositions by Beethoven, Mozart, Chopin, and others. Released in 2015, Aires Tropicales featured D'Rivera backed by the Quinteto Cimarron string quartet. In 2016, D'Rivera showcased the music of storied Mexican singer, pianist, and composer Armando Manzanero on Paquito Manzanero. ~ Craig Harris, Rovi 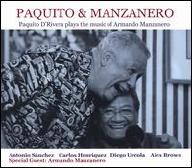 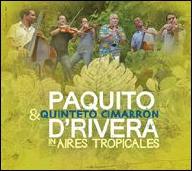 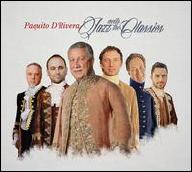 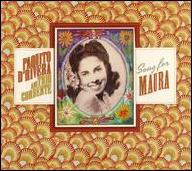 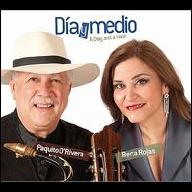 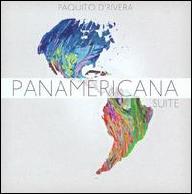 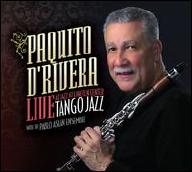 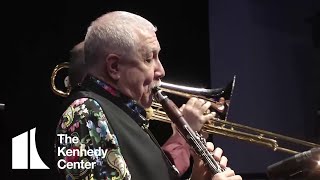 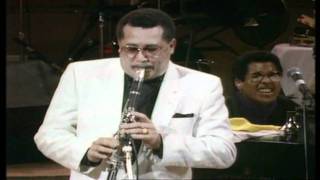 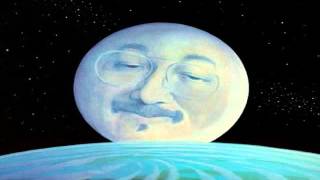 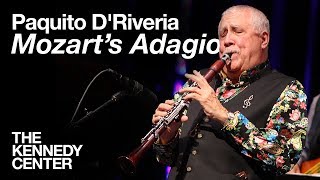 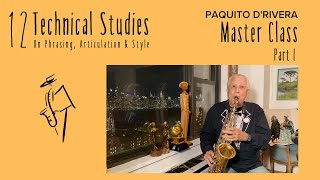 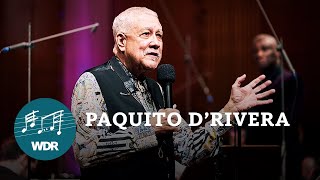 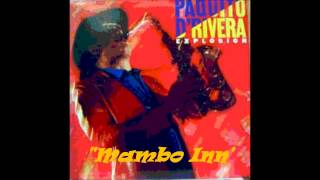