Close
Danilo Pérez
from Panama
December 29, 1966 (age 55)
Biography
A brilliant pianist and composer, Danilo Pérez combines the bebop tradition with his Panamanian heritage, African elements, and modern classical and other global musical influences. Pérez initially established himself working with icons like Paquito D'Rivera and Dizzy Gillespie in the '80s and '90s before gaining wider attention with Grammy-nominated albums like 1998's Central Avenue and 2000's Motherland. He has served as a Goodwill Ambassador for UNICEF and taught on the faculty of the New England Conservatory and the Berklee College of Music in Boston. As a performer, he has continued to explore ever more textured and varied instrumentations, as on 2008's Across the Crystal Sea and 2010's Grammy-nominated Providencia. Along with collaborations with bassist John Patitucci and drummer Brian Blade, Pérez has also earned accolades as a member of Wayne Shorter's acoustic quartet and in 2020, took home a Grammy for his work on singer Kurt Elling's Secrets Are the Best Stories. With 2021's Crisalida, Pérez further pushed his globally minded aesthetic to new heights.

Born in 1966 in Panama, Pérez, who relocated to New York City, began playing piano at age three. His father was a bandleader and vocalist, and by the time he was ten, he was studying electronics at the National Conservatory in Panama. After college, Pérez moved to the U.S. to study at Indiana University of Pennsylvania. He later transferred to the Berklee College of Music, and while finishing up his major in jazz composition there, he had the opportunity to perform with the likes of trumpeters Terence Blanchard and Claudio Roditi, as well as vocalese veteran Jon Hendricks. Pérez has since toured or recorded with a who's-who in the worlds of traditional and contemporary jazz: Wayne Shorter, Steve Lacy, Jack DeJohnette, Charlie Haden, Michael Brecker, Wynton Marsalis, Gary Burton, Roy Haynes, and Joe Lovano, among others.

Pérez's first big break came when he was asked to join Dizzy Gillespie's United Nations Orchestra (he was the youngest member), and he worked with the orchestra from 1989 until Gillespie's passing in 1992. His tenure with Gillespie's band brought him recognition, as Gillespie's album Live at the Royal Festival Hall (for the Enja label) won a Grammy. In 1994, Pérez recorded with trumpeter Arturo Sandoval for the latter's Grammy-winning album Danzon.

After nearly ten years accompanying other great jazz musicians, by 1993 Pérez switched his focus to leading his own bands, and he released two excellent recordings in 1993 and 1994, Danilo Perez and The Journey, both for the RCA/Novus label. Down Beat magazine hailed The Journey as one of the best albums of the '90s. In 1995, Wynton Marsalis asked Pérez to join his band, and later that year he performed with the Panamanian Symphony Orchestra, which showcased an orchestral version of The Journey. In 1996 and 1998, he released two albums for the Impulse! label, PanaMonk, and Central Avenue.

He earned his first Grammy nomination for Central Avenue, which was produced by legendary jazz producer and GRP label chairman Tommy LiPuma. That album is made up of mostly originals, but he and his band do interpret two classics in their own way, the ballad "Lush Life" and John Coltrane's "Impressions," both of which take on a fresh sound. With four albums under his belt by the late '90s, Pérez's place in the new generation of jazz musicians was firmly ensconced. All this recognition led to his joining the Wayne Shorter Quartet in 2002. Pérez's eclectic keyboard stylings are showcased on Shorter's albums Alegría and Footprints Live!, both for Verve Records.

Pérez subsequently began serving as a goodwill cultural ambassador of Panama for UNICEF, and as one of the co-founders of the Panama Jazz Festival. He also serves with the faculty of the New England Conservatory and the Berklee College of Music in Boston. Since 1998, Pérez has released a number of other albums under his own name, including 2000's Grammy-nominated Motherland and 2003's ...Til Then, both on Verve. Live at the Jazz Showcase arrived on Artistshare. On all three albums he's accompanied by longtime sidemen bassist Ben Street and drummer/percussionist Adam Cruz, and with the two Verve releases, by a bevy of top names in jazz, including vocalists Claudia Acuña, Lizz Wright, and Richard Bona, violinist Regina Carter, and bassist John Patitucci.

On 2008's Across the Crystal Sea, Pérez and his group, including bassist Christian McBride, drummer Lewis Nash, and percussionist Luis Quintero, are accompanied by Claus Ogerman's string arrangements. Two years later, earned another Grammy nomination for Providencia, which found him drawing inspiration from fatherhood and exploring themes related to creating a healthy and viable future for the children of today.

In 2014, Pérez returned with the jazz, classical, and Latin American folk music-inflected Panama 500. A year later, he joined Brian Blade and John Patitucci on the 2015 trio album Children of the Light. He then returned to his work with Wayne Shorter, appearing on 2019's Grammy-winning Emanon. The following year, he took home another Grammy for his work on singer Kurt Elling's Secrets Are the Best Stories. In 2021, Pérez released his 12th solo album, Crisalida, which was made up of two four-part suites with "La Muralla" and "Fronteras." It also found him backed by his Global Messengers ensemble, featuring his wife, Chilean vocalist and saxophonist Patricia Zarate. ~ Matt Collar & Richard Skelly, Rovi 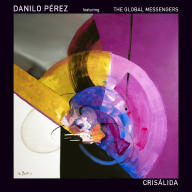 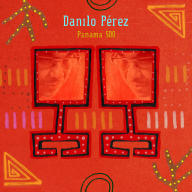 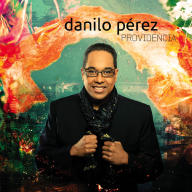 Live at the Jazz Showcase
2005 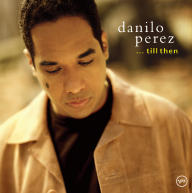 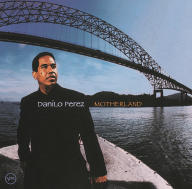 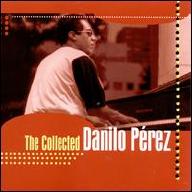 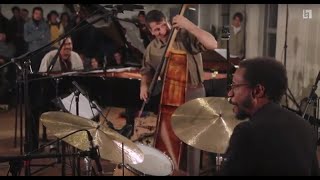 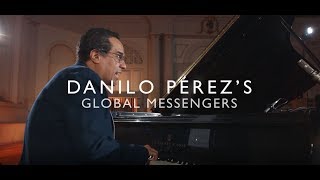 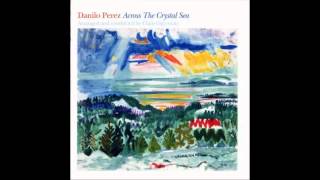 Danilo Perez - Across The Crystal Sea 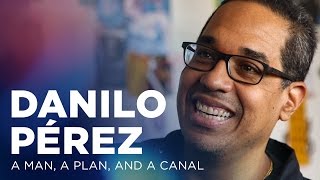 Danilo Pérez: A Man, A Plan, and A Canal 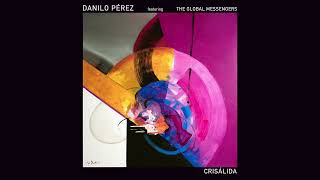 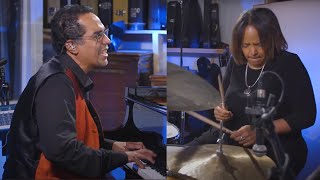