Close
Cheryl Lynn
from Los Angeles, CA
March 11, 1957 (age 65)
Biography
While Cheryl Lynn benefited from timely associations with David Foster and David Paich, Ray Parker, Jr., Luther Vandross, and Jimmy Jam and Terry Lewis, the major players who co-wrote and/or produced her biggest hits, it can be argued just as easily that the singer provided her collaborators with some of their most significant and opportune career achievements. There's no imagining the platinum breakthrough "Got to Be Real," "Shake It Up Tonight," "If This World Were Mine," and "Encore," all Top Five R&B hits from 1978 through 1983, as hits for anyone but Lynn, a church-raised powerhouse with a consistently vivacious and soaring voice. A songwriter and producer herself, Lynn peaked creatively and commercially during that six-year period with three Top Ten R&B albums, including the gold-certified debut Cheryl Lynn (1978), Instant Love (1982), and Preppie (1983). After six albums for Columbia, Lynn recorded for Manhattan and Virgin, released her last LP in the mid-'90s, and has since performed and recorded intermittently, last heard on the soundtrack for Shark Tale (2004).

A Los Angeleno, Lynn began singing as a youngster in church, where her mother was a musical director, and continued with her congregation's adult choir. In 1976, she put behind her collegiate studies in speech therapy to pursue acting and singing. She spent eight months with the national touring company of The Wiz, beginning as a background vocalist and eventually portraying the Wicked Witch of the West. During this time, at her manager's behest, Lynn reluctantly and successfully auditioned for The Gong Show and returned to perform Billy Preston's and Bruce Fisher's "You Are So Beautiful," for which she received a perfect score. No mere novelty, Lynn stirred interest from several record labels. Columbia signed her at the tail-end of 1977, a year in which the singer, then exiting her teens, was also credited with background vocals on D.J. Rogers' Love, Music Life and Eddie Kendricks' Slick.

Lynn's solo recorded debut was made in 1978 with "Got to Be Real." A bubbling and sophisticated crossover disco smash, it was written by Lynn with David Foster and David Paich, the latter of whom -- a member of Columbia labelmates Toto -- produced it with his father, Marty Paich. The song topped Billboard's R&B chart and went number 12 pop, and was soon certified gold by the RIAA. As it was climbing the charts, Columbia issued Cheryl Lynn, which reached number 23 on the Billboard 200, went Top Five R&B, and earned a gold plaque, given extra support from the number 16 R&B hit "Star Love" (originally the B-side of "Got to Be Real") and the deep disco classic "You Saved My Day." Around the same time, Toto featured Lynn on "Georgy Porgy," another Top 20 R&B single.

The singer navigated the post-disco era while continually switching up studio partners. After her Barry Blue-produced follow-up, In Love, Lynn worked closely with "Got to Be Real" rhythm guitarist Ray Parker, Jr., who enlisted most of Raydio, along with arranger fellow Barry White associate Gene Page, bassist Marcus Miller, and many more of his distinguished studio session peers, to help cut the 1981 album In the Night. "Shake It Up Tonight," a high-stepping number written by Mike Brenda Sutton, was its biggest single, topping out at number five on the R&B and dance charts. Lynn then connected with the emergent Luther Vandross for 1982's Instant Love, her second Top Ten R&B LP. Filled with Miller's liquid basslines and Vandross' unmistakable vocal arrangements -- enlivened by the top-tier likes of Tawatha Agee and Fonzi Thornton -- the album most notably contained a cover of Marvin Gaye's "If This World Were Mine." Lynn and duet partner Vandross took the update to number four on the R&B chart. She also joined flutist Hubert Laws that year for a version of "Goodbye for Now," Stephen Sondheim's theme from the film Reds.

Meanwhile, Lynn quietly continued to supply background vocals on sessions for albums by Parker, Vandross, Greg Phillinganes, Betty Wright, and a few other acts. The extracurricular activity didn't impede her creativity. For her fifth album, Preppie, she produced each song with the exception of "Encore," a Jimmy Jam and Terry Lewis collaboration that swung a little differently than that duo's preceding success with Klymaxx and the S.O.S. Band. "Encore" became Lynn's second single (and Jam and Lewis' first of dozens) to top the R&B chart, and was also her fourth and final Hot 100 placement. The parent release was Lynn's third Top Ten R&B LP. Two years later, her Columbia period concluded with It's Gonna Be Right, on which she worked with Jam and Lewis, their fellow ex-Time bandmate Monte Moir, and Hubert Eaves III, who had just wrapped up with D Train.

Lynn closed out the decade with Start Over and Whatever It Takes, released respectively on Manhattan in 1987 and on Virgin in 1989. These LPs likewise employed a broad assortment of contributors. Start Over was highlighted by "If You Were Mine," a midtempo groove made with future Rihanna hitmakers Carl Sturken and Evan Rogers that narrowly missed the R&B Top Ten. Whatever It Takes dipped into the dominant new jack swing sound, as heard on "Upset!," a collaboration with Loose Ends and Jesse Johnson (yet another Time alum), but its biggest hit was a plush ballad, "Everytime I Try to Say Goodbye," produced by Lynn and Johnson.

After she sang backup on multiple early-'90s Richard Marx sessions, Lynn made one more album, Good Time, distributed only in part of Europe and Japan. Almost half of the songs were produced by new jack swing catalyst Teddy Riley (Guy, Blackstreet), while Jazzie B. (Soul II Soul) worked with the singer on "Renegade." Since the album's release in 1995, Lynn has retreated from the music industry, but has occasionally performed. "Got to Be Real" was certified platinum in 2001, and four years later was honored by the Dance Music Hall of Fame. Between the two accolades, Lynn and Jam and Lewis reunited to record "Sweet Kind of Life" for the Shark Tale soundtrack. ~ Andy Kellman, Rovi 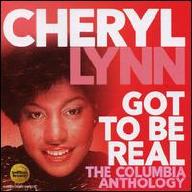 Got to Be Real: The Columbia Anthology
2019 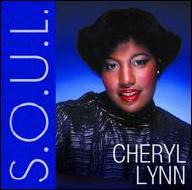 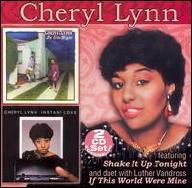 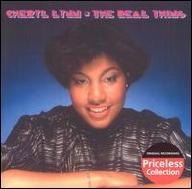 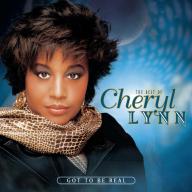 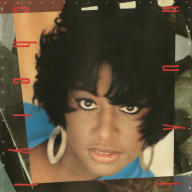 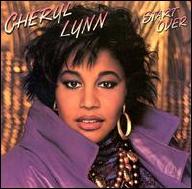 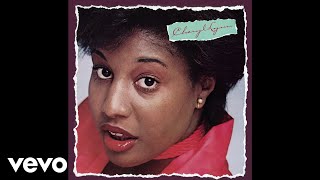 Cheryl Lynn - Got To Be Real (Audio) 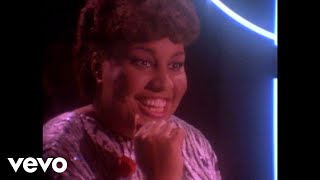 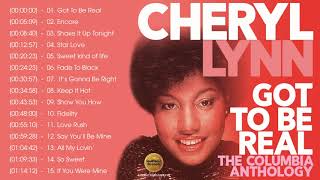 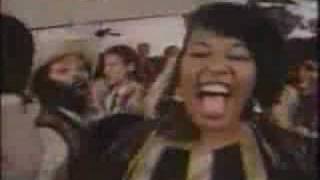 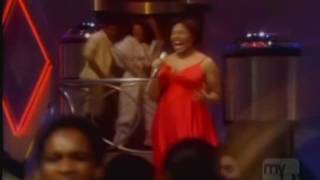 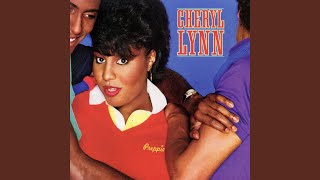 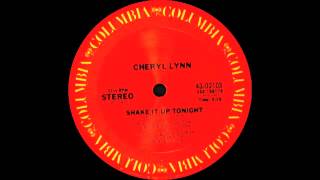