Close
Cab Calloway
from Rochester, NY
December 25, 1907 - November 18, 1994 (age 86)
Biography
One of the indelible icons of the swing era, Cab Calloway was a playfully charismatic singer, dancer, bandleader, and composer whose infectious songs and close association with Harlem's Cotton Club brought him lasting stardom. Nicknamed the "Hi-De-Ho Man" after a line in his trademark 1931 hit "Minnie the Moocher," Calloway combined jazz elan and a flamboyant vaudeville stage manner, crafting an outsized persona with his long white-tailed tuxedo, flying jet black hair, and distinctive dance moves -- all of which marked him as the epitome of the jazz age performer. While entertainment value was always the prime element in his act, his band was tops and he helped advance the careers of many great players, among them Chu Berry, Ben Webster, Milt Hinton, Cozy Cole, Jonah Jones, and Dizzy Gillespie. Along with his numerous Billboard hits, he gained fame as an actor, appearing in films like 1943's Stormy Weather and 1947's Hi De Ho, and in stage productions like 1953's Porgy and Bess and 1967's Hello Dolly! Calloway's appeal bridged the decades, buoyed by frequent revivals including a 1978 disco version of "Minnie the Moocher," and a celebrated appearance in the 1980 comedy The Blues Brothers. By the time of his death in 1994, he was legendary. He'd received the National Medal of Arts and toured his Cotton Club act alongside his daughter, singer Chris Calloway.

Cabell Calloway III was born on Christmas Day, 1907 in Rochester, New York. His mother was a teacher and church organist and his father was a lawyer. At age 11, Calloway's family moved to Baltimore, Maryland, where his father died and his mother remarried. Growing up in the West Baltimore neighborhood of Druid Hill, young Calloway often skipped school, selling newspapers and shining shoes to make money. He also spent time at the local Pimlico racetrack and was eventually caught playing dice. In 1921, his mother sent him to Downingtown Industrial Industrial and Agricultural School, a Pennsylvania reform school. Upon his return to Baltimore, he worked part-time as a caterer while finishing school. He also enjoyed basketball and in his senior year played professionally with the Baltimore Athenians. However, music was his passion and by 1922 he was taking vocal lessons and exploring jazz, interests he shared with his older sister, singer and pioneering bandleader Blanche Calloway.

After graduating high school in 1925, he followed his sister into nightclub work and even joined her on tour as a performer in the musical revue Plantation Days. When the tour ended, he briefly enrolled in law school at Chicago's Crane College. It was during this period that he first met trumpeter/singer Louis Armstrong and began developing his own scat style of singing. He eventually quit school to sing with the dance band the Alabamians and moved with the group to New York City in 1929. That same year, upon Armstrong's recommendation, Calloway joined the trumpeter at Harlem's Connie's Inn as a replacement singer in the popular Connie's Hot Chocolates revue. The revue, which soon became a Broadway hit, featured songs written by Fats Waller and Andy Razaf, including the classic "Ain't Misbehavin'," showcasing Calloway and Armstrong.

While singing in Connie's Hot Chocolates, Calloway joined the Missourians as their lead singer and in 1930 the group renamed itself the Cab Calloway Orchestra. The following year, they took over for a touring Duke Ellington as the headliner at Harlem's The Cotton Club and by 1932 had supplanted the Ellington Orchestra as the house band. From the early '30s until the late '40s, Cab Calloway's Orchestra was one of the biggest and most profitable bands in the country. As a leader, he hired some of the best musicians of his day, including at various times Ben Webster, Chu Berry, Illinois Jacquet, Doc Cheatham, Shad Collins, Milt Hinton, and a young Dizzy Gillespie. Calloway developed a unique stage presence built around his flamboyant singing and dancing. His music reflected this style with songs often written and/or arranged around a specific scat phrase or dance step, as with his 1931's chart-topping original "Minnie the Moocher," featuring his trademark catch-phrase "Hi De Hi De Hi De Ho." Other hits included 1931's "Saint James Infirmary," 1931's "Kicking the Gong Around," 1932's "Reefer Man," 1933's "I've Got a Right to Sing the Blues," 1935's "Keep That Hi-De-Hi in Your Soul,"1942's "Blues in the Night," and 1946's "The Honeydripper."

The group also drew the attention of Hollywood, appearing in such films as The Big Broadcast in 1932, International House in 1933, The Singing Kid in 1934, and Manhattan Merry-Go-Round in 1937. Calloway also starred alongside Lena Horne and Bill Bojangles Robinson in 1943's landmark Stormy Weather, one of the first Hollywood films to prominently feature Black performers in leading roles. Another starring role came with 1947's Hi De Ho, in which he played a loose version of himself. He pursued other avenues of celebrity, including authoring a 1938 dictionary of "Hepster" slang. He also hosted a 1940s radio program, The Cab Calloway Quizzicale, and penned a humorous gossip column for Song Hits magazine. The onset of World War II also kept him busy as the orchestra regularly performed for troops waiting to ship overseas.

With the break-up of his orchestra in 1948, Calloway largely branched out on his own, touring England in 1955 and appearing in the film St. Louis Blues in 1958. However, he would periodically reassemble his orchestra for special occasions, notably tours of Canada and South America. He became active in musical theater, including starring in a 1953 staging of Porgy and Bess as Sportin' Life, a character composer George Gershwin partly based on the singer. There were also several studio albums, including 1959's Hi De Hi, Hi De Ho, which featured stereo re-recordings of some of his biggest hits and a 1962 standards album Blues Makes Me Happy. He also appeared in an all-Black staging of Hello Dolly! with Pearl Bailey in 1967, as well as a production of The Pajama Game in the early '70s. He even toured with the Harlem Globetrotters, and his 1976 autobiography Of Minnie the Moocher and Me, hooked new legions of fans, as did his 1978 disco version of "Minnie the Moocher."

In 1980, Calloway enjoyed a career revival after appearing in the hit comedy film Blues Brothers, in which he performed "Minnie the Moocher." More work followed, including filming a 1985 BBC concert special at The Ritz London Hotel, featuring original members of his orchestra. He also revived his Cotton Club act, touring the show alongside his daughter, singer Chris Calloway. He guested on the Muppets television show, and acted in the theatrical production Bubbling Brown Sugar. Actor Larry Marshall portrayed Calloway in director Francis Ford Coppola's 1987 film The Cotton Club -- the soundtrack included three Calloway songs. He made a cameo in the video for Janet Jackson's 1990 single "Alright" and toured Europe in 1992. In 1993, he received the National Medal of Arts. 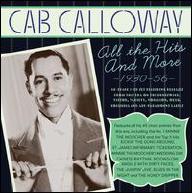 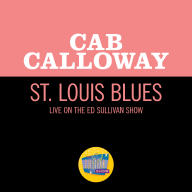 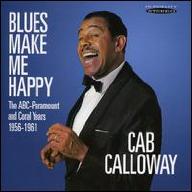 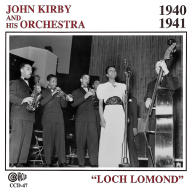 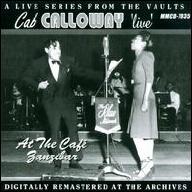 Live at the Café Zanzibar
2013 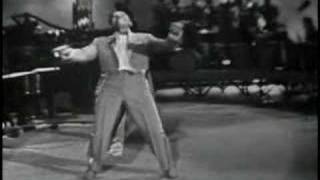 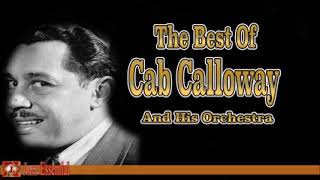 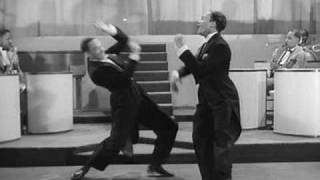 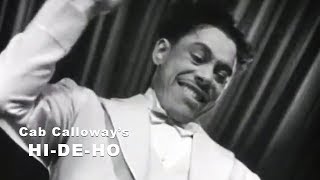 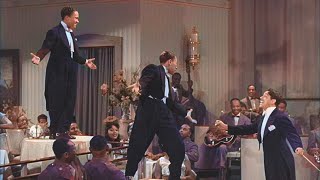 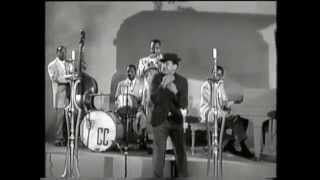 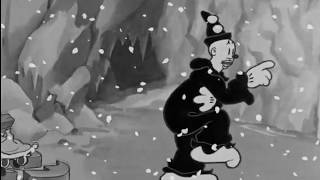