Close
Janis Martin
from Sutherlin, VA
March 23, 1940 - September 3, 2007 (age 67)
Biography
Janis Martin was a unique figure in the history of rockabilly -- there were other women working in that male-dominated field (Lorrie Collins for one), but Martin was the one dubbed "the Female Elvis Presley" by RCA, reportedly with the approval of Colonel Tom Parker. This was probably the kiss of death, evoking images so contradictory that no one could really hold it properly in their mind. The fact that she was signed to RCA probably didn't hurt, but as a hot-rocking female in a field where men's libidinal gyrations weren't approved, she had too many strikes against her for a lasting career. She was good, though, and she left behind the records to prove it.

Martin was born in Sutherlin, VA, in 1940 and had a stage mother on one side and a father and uncle who were amateur musicians on the other, a mix that practically made her predestined for a performing career. She was playing and singing before age five. By six, she'd mastered chords on her junior-sized guitar and was singing in a style influenced by Eddy Arnold and Hank Williams. She became a fixture in local talent contests and won all of them. Martin was playing and singing on the WDVA Barndance out of Virginia by age 11. By her mid-teens, she'd appeared alongside the likes of Ernest Tubb, the Carter Family, Sonny James, and Jean Shepard.

Her amazing amount of experience for one so young helped push her into rock roll. It turned out that Martin had tired of country music by her mid-teens, especially the slow ballads, having been doing them for a decade. Her timing was perfect, for she discovered RB in the mid-'50s and was soon bringing that material into her own song lists. RCA A&R chief Steve Sholes heard one of her demos and Martin was signed to the label at age 15, only two months after Elvis was signed up.

Drugstore Rock 'n Roll, a Martin original, was her debut record and her biggest hit, selling some 750,000 copies. By the middle of 1956, she was making the rounds of the #Today Show, #The Tonight Show, and other variety programs, as well as appearing on the Grand Ole Opry, and was voted Most Promising Female Vocalist in Billboard, the record industry's bible.

Some of the "Female Elvis" publicity rebounded fairly early, as fans felt she was hooking herself and her style of singing to him as a means of exploitation. Ironically, for all of the publicity that seemed to link them, and her recording of the single My Boy Elvis at the insistence of her management, plus the fact that they used the same session musicians and shared the same country-cum-RB interests, Martin never saw the Memphis Flash perform until he made it to national television. By that time her own performing style -- amazingly similar to his, but developed independently -- was established and locked down. Additionally, she only met Elvis twice, both times very briefly, with hardly a word exchanged. The two found themselves converging on a similar point.

For all of her early success, Martin was never able to sustain a rock roll career, mostly because of her gender and the changing times. Her stage moves and lusty delivery appeared unseemly (or so people said, especially on the country circuit) in a girl, once the initial furor and enthusiasm for rock roll quieted down. Additionally, the country shows on which she was booked usually put her on bills and in front of audiences that weren't overly enamored of rock roll to begin with, and Martin found herself caught between conflicting currents. Her record company and management wanted her to keep pushing rockabilly in her stage act, while promoters doing the bookings preferred that she do straight country.

Martin might have finessed it all but for a personal situation that came up in 1958. She'd been secretly married since 1956, and her husband was stationed overseas in the army; she went on a European tour and got to see him in 1958. The result was that the 17-year-old rockabilly star became pregnant and was dropped by the label in short order.

Martin tried to keep a music career going and was courted by both King Records and Decca Records before signing with a Belgian-owned label called Palette, for which she cut four sides in 1960. She was on her second marriage by then, and husband number two (whom she later divorced) didn't take well to her career. She withdrew from music except for appearances near her home in Virginia and then in the 1970s, on her own again, formed her own band, the Variations, and toured Europe, where she encountered strikingly enthusiastic audiences, ready to embrace her as though it were still 1958.

She continued to figure in some Elvis-related discographies, thanks to My Boy Elvis and also as a result of a 1959 South African album called Janis and Elvis, a 2,000 dollar collectible that was heavily bootlegged in the late '70s. Martin's RCA records, however, were forgotten and neglected by the company (which, in those days, could hardly reissue an Elvis recording without screwing it up in some way). In the 1980s, Bear Family Records finally gathered together Martin's complete recorded history on one CD, entitled, appropriately enough, The Female Elvis, making her ultra-rare sides easily available for the first time in decades. ~ Bruce Eder, Rovi 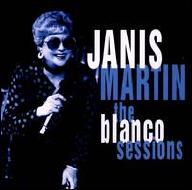 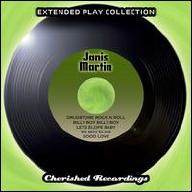 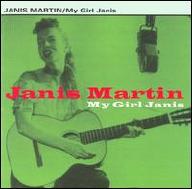 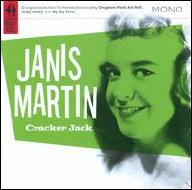 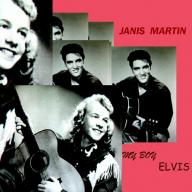 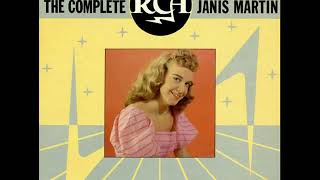 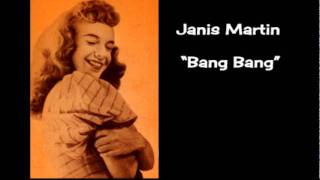 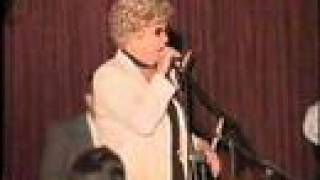 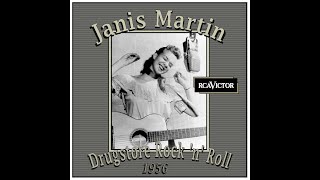 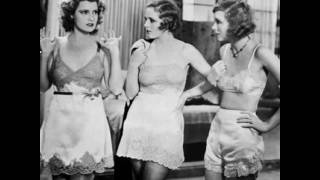 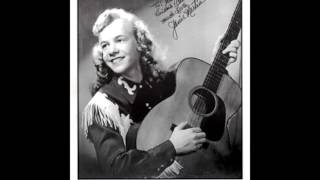 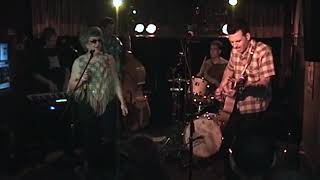