Close
Dr. Lonnie Smith
from Lackawanna, NY
July 3, 1942 - September 28, 2021 (age 79)
Biography
A swashbuckling torchbearer for the funky soul-jazz tradition, Dr. Lonnie Smith was a master of the Hammond B-3 organ whose classic recordings are often cited as a major influence on the electronic, hip-hop, and funk artists who followed him. He first grabbed audience's attention in the late 1960s playing alongside two fellow soul-jazz pioneers, guitarist George Benson and saxophonist Lou Donaldson, the former of which appeared on the organist's 1967 debut album, Finger Lickin' Good. That same year, Smith played on Donaldson's classic Blue Note album Alligator Boogaloo and then followed with several of his own sessions for the label, including 1968's Think! with Lee Morgan. He recorded for CTI in the '70s before taking a break from the music business. Along the way, he adopted the title of "Dr." and began wearing a traditional Sikh turban, theatrical affectations that further enriched his soulful persona. Since returning to regular performing in the '90s, Smith has regained his prominence as one the forefathers of crossover jazz, and his albums have influenced countless acid jazz performers, hip-hop artists, and DJs. Under the guidance of Don Was, he eventually returned to Blue Note and has released several Top 20 Billboard Jazz albums, including 2016's Evolution and 2021's Breathe with Iggy Pop.

Born in 1942 in Buffalo, New York, Smith grew up in a musical family and was introduced to gospel, jazz, and blues by his mother. He played trumpet and other instruments in his school band, and by his teens he was leading his own vocal groups. Introduced to the Hammond B-3 organ by local music store owner Art Kubera, he excelled at the instrument and was soon imbibing records by organ luminaries including Jimmy Smith, Wild Bill Davis, and Bill Doggett. He began gigging in Buffalo and eventually caught the attention of guitarist George Benson. Together they formed a quartet and recorded several landmark soul-jazz albums. Benson was also on board for Smith's solo debut, 1967's Finger Lickin' Good, which featured guitarist Melvin Sparks, drummer Marion Booker, and saxophonist Ronnie Cuber.

It was around this time that Smith also joined saxophonist Lou Donaldson's band, appearing on the classic 1967 Blue Note session Alligator Boogaloo. He stuck with Donaldson for the next several years, appearing on a handful of equally inventive albums mixing hard bop and funk. The label took notice of Smith, and in 1968 he made his debut for Blue Note with Think!, which again featured his group with guitarist Sparks and drummer Booker, along with trumpeter Lee Morgan, saxophonist David Fathead Newman, and percussionist Henry Pucho Brown. Smith gained further attention throughout this period, balancing his work with Donaldson with touring and recording his own music. In 1969, he was named "Top Organist" by DownBeat Magazine and finished out his time at Blue Note the following year with the album Drives.

Continuing to lead his own groups in the '70s, Smith released a number of highly organic albums, including 1971's Mama Wailer on Creed Taylor's CTI label. The record found him playing both organ and clavinet, and working with an all-star ensemble featuring Billy Cobham, Ron Carter, Chuck Rainey, Grover Washington, Jr., Airto, and others. He returned in 1975 with Afro-Desia, a small group session with Carter on electric bass, Jamey Haddad on drums, and a then-rising saxophonist Joe Lovano. With 1976's Keep on Lovin', Smith embraced a more fusion-oriented sound and switched from his trademark Hammond B-3 to a Fender Rhodes. It was during this period that he added the "Dr." to his name (a wry nod to his deep jazz knowledge and adept keyboard skills). He also began wearing a traditional Sikh turban (a similar theatrical nod to his spiritual connection to the music).

Frustrated with the music business, Smith stepped away from recording and spent much of the '80s living in Hawaii and Florida. He continued to perform but kept a low profile, even going so far as to work under different names. His work gained interest amongst rappers, DJs, and younger jazz artists who were building upon the funk and fusion movements with their own sound, first called acid jazz, and later splintering off into breakbeat, neo-soul, and other styles. Smith returned to recording in 1993 with Afro Blue, a trio homage to John Coltrane featuring guitarist John Abercrombie and drummer Marvin Smitty Smith. In 1995, Blue Note also released Live at Club Mozambique, a long-shelved album Smith recorded in Detroit that helped to further spark renewed interest in his music.

He began touring, rekindling his long association with Donaldson and releasing more well-received albums including 2003's Boogaloo to Beck (which found him reinventing songs by pop artist Beck), 2006's Jungle Soul (an album of reworked and modernized jazz standards), and 2009's Rise Up! (a mix of covers and originals). Smith and his trio members -- guitarist Jonathan Kreisberg and drummer Jamire Williams -- continued a relentless touring and recording schedule. He issued Spiral in 2010 on Palmetto with Matt Balitsaris producing, followed by the live album Healer in 2012.

In 2016, Smith delivered Evolution, his first album for Blue Note since 1970's Drives. Produced by Don Was, it featured guest appearances from saxophonist Joe Lovano, pianist Robert Glasper, and others. The release reached number eight on the Billboard Jazz Albums chart. Smith enlisted Was as a producer again, this time for a trio date entitled All in My Mind. Released in January 2018, the set included a cover of Paul Simon's "50 Ways to Leave Your Lover" (featuring guest vocalist Alicia Olatuja), as well as a take on Wayne Shorter's "Juju" in its track list. The album also cracked the Top Ten of the Jazz Albums chart. Breathe arrived in 2021 and featured collaborations with singer Iggy Pop including a rendition of Timmy Thomas' 1972 soul anthem "Why Can't We Live Together" and a boogaloo-style work-up of Donovan's '60s classic "Sunshine Superman." The album proved to be his last hurrah; Dr. Lonnie Smith died on September 28, 2021 at the age of 79 due to pulmonary fibrosis. ~ Matt Collar, Rovi 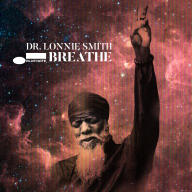 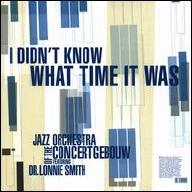 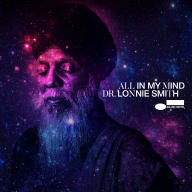 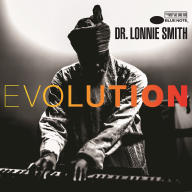 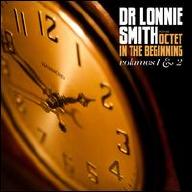 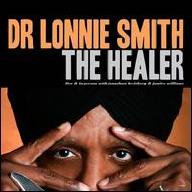 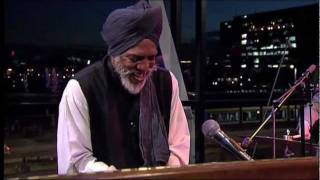 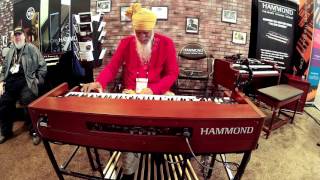 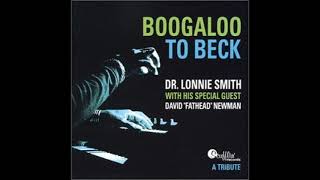 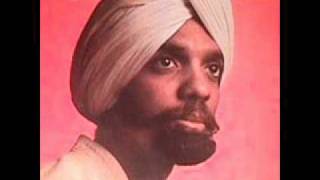 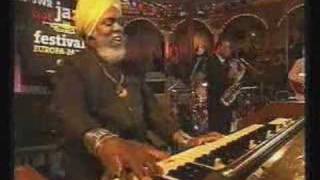 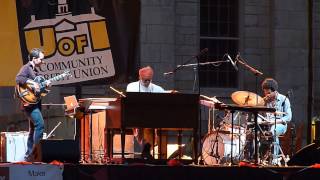 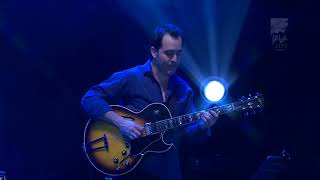