Close
Bob Babbitt
from Pittsburgh, PA
Biography
The bass guitar of Bob Babbitt remains an indelible element of the famed Motown sound -- his melodic, jazz-inspired grooves propel dozens of the most memorable hits from soul's golden era, including Stevie Wonder's Signed, Sealed, Delivered, Smokey Robinson the Miracles' The Tears of a Clown, Marvin Gaye's Mercy Mercy Me, and Gladys Knight the Pips' Midnight Train to Georgia. Born Robert Kreiner in Pittsburgh, Babbitt studied classical music as a teen but soon gravitated to rhythm & blues, and by age 15 he was playing upright bass in a number of local bar bands. Upon first encountering an electric bass during a club date, the 17-year-old Babbitt traded in his upright for a 1960 Fender Jazz Bass guitar. From there he turned down a music scholarship and in 1961 relocated to Detroit, working construction jobs by day while moonlighting in area nightclubs. Within a year Babbitt signed on with the Detroit rock & roll band the Royaltones, scoring a series of regional hits including Flamingo Express. The quintet ultimately captured the attention of Michigan-born star Del Shannon, who recruited them to serve as his backing unit -- the Royaltones remained with Shannon through 1965, cutting cross-Atlantic chart hits including Little Town Flirt and Handy Man. Upon leaving the group, Babbitt emerged as an in-demand Detroit session player, becoming a fixture at Motown rival Golden World Studios, where he played on hits like Edwin Starr's Agent Double-O-Soul, the Capitols' Cool Jerk, and Darrell Banks' monumental Open the Door to Your Heart.

Besides Golden World, Babbitt's frenetic recording schedule included myriad dates for Detroit studios like United Sound and Tera Shirma, but even as his reputation grew, he remained shut out at Motown, where the legendary James Jamerson handled virtually all of the bass duties for the label's fabled studio group, the Funk Brothers. Around the time Motown bought out Golden World in 1968, Babbitt joined Motown superstar Stevie Wonder on tour -- finally, on returning from the road, the bassist landed his first official Motown gig, supporting Wonder on his cover of the Beatles' We Can Work It Out. He remained with the label through 1972, during that time playing on an extraordinary roll call of psychedelic soul hits including Starr's War, the Undisputed Truth's Smiling Faces Sometimes, and the Temptations' Ball of Confusion. Babbitt also continued freelancing outside the Motown sphere, adding to his résumé blockbusters like Freda Payne's Band of Gold, the Chairmen of the Board's Give Me Just a Little More Time, and Dennis Coffey's Scorpio. In all, he played on more than 200 Billboard Top 40 hits, a list of chart smashes that continued to grow when he left Detroit in 1973 to settle in New York City. Alongside dates in support of singers as diverse as Bette Midler, Barry Manilow, Jim Croce, and Engelbert Humperdinck, Babbitt frequently commuted to Philadelphia, where producers Kenny Gamble and Leon Huff spearheaded a new, post-Motown generation of soul classics -- his efforts for the Philadelphia International label include the Spinners' Rubber Band Man and the Manhattans' Kiss and Say Goodbye.

During the early '80s Babbitt began limiting his album sessions in favor of more lucrative advertising jingles, and he also turned to jazz, collaborating with flutist Herbie Mann and saxophonist Stanley Turrentine. By the middle of the decade he relocated to Nashville, reinventing himself as a country and gospel session player. Babbitt also toured in support of Joan Baez and Brenda Lee, and began playing in a local R&B band dubbed Lost in Detroit. Despite his dozens of gold and platinum records -- not to mention his influence on subsequent generations of bassists -- Babbitt remained little known to the public at large until 2002, when he was one of several Funk Brothers alums prominently featured in the acclaimed feature documentary Standing in the Shadows of Motown. Many of the surviving Funk Brothers (including Babbitt) recorded new renditions of their classic Motown performances for the film, even earning a Grammy Award for their cover of Marvin Gaye's What's Going On, featuring vocalist Chaka Khan. In 2004, the studio veterans also won a Lifetime Achievement Grammy from the National Academy of Recording Arts and Sciences. That same year, Babbitt released his first-ever solo LP, titled Gypsy from Jupiter, and in 2006 he published the instructional book Bob Babbitt Awareness Guide: For Bass Players and All Fellow Musicians. Bob Babbitt died in July 2012 in Nashville after having been diagnosed with an inoperable brain tumor the preceding year; he was 74 years old. ~ Jason Ankeny, Rovi 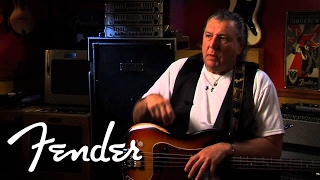 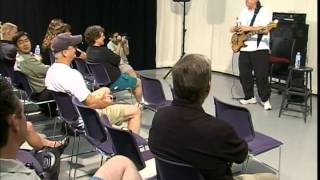 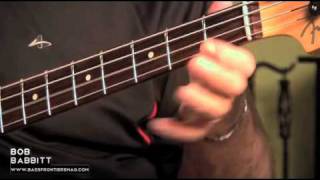 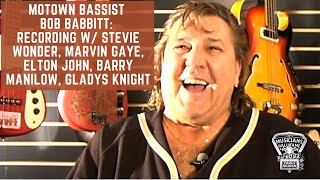 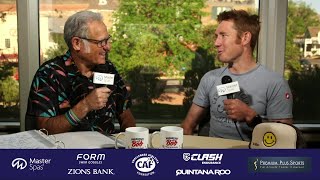 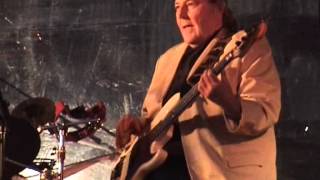 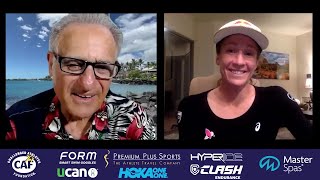