Close
Robbie Williams
from Stoke-on-Trent, Staffordshire, England
February 13, 1974 (age 48)
Biography
From teen idol to international headliner, English singer/songwriter and consummate showman Robbie Williams graduated from late-'90s boy band Take That to become a successful solo artist, embracing a mischievous bad-boy image while becoming one of the U.K.'s most prominent entertainers and one of the best-selling artists of all time. Following his stint with Take That -- during which time Williams and his bandmates issued three multi-platinum hit albums -- his star grew even brighter, with a string of chart-topping albums and sales that surpassed Take That by a wide margin. Setting the stage with his 1997 debut Life Thru a Lens, Williams scored the first of many hit singles with the soaring "Angels," an enduring U.K. staple that became his breakthrough worldwide hit. Sophomore release I've Been Expecting You was a career peak for the showman, certified ten-times platinum and breaking him into new markets with the timely "Millennium." With each successive album, Williams remained at the top of the album charts, accumulating number one singles such as "Rock DJ," "Somethin' Stupid," and "Candy," which carried him into the 2010s.

Born Robert Peter Williams in 1974, he grew up loving football and stage performance, balancing the two during his childhood in Stoke-on-Trent. When he was just 16, he was recruited as the youngest member of the boy band Take That. Roguish and more charming than the rest, he was a distinctive standout in the quartet. He also fought regularly with the other members and their management, primarily because he was occasionally averse to being so heavily packaged. So it didn't come as a surprise that he was the first to leave the band, departing early in the summer of 1995 to pursue a solo career (by some accounts, he was fired from the group).

Although he was the first out of the gate, it took Williams a while to get started. For most of 1995, he attempted to boost his credibility by tagging along with Oasis, hoping that Noel Gallagher would give him a couple of songs. He never did, but all of his time with Oasis launched Williams into a world of heavy partying, drinking, and drugging. Over the course of 1996, he became a tabloid fixture in the U.K. Occasionally, he was quoted as saying his new music would abandon lightweight dance-pop for traditional Brit-pop, but his first single was a cover of George Michael's "Freedom '90." Released late in 1996, the single failed to gain much traction, but his second attempt, 1997's "Old Before I Die," was more in the vein of his early pronouncements, featuring a distinct Oasis influence.

Williams finally released his first solo album, Life Thru a Lens, in 1997. Boosted by the international success of the single "Angels," the album became a big hit in Britain, prompting his second, I've Been Expecting You, to go multi-platinum upon its release in 1998. (The Ego Has Landed, a U.S.-only compilation designed for breaking Williams to American audiences, was released stateside in the spring of 1999.) Sing When You're Winning followed in late 2000, gaining success with the video hit "Rock DJ," while a big-band album of standards (Swing When You're Winning) appeared a year later. By this point, Williams had become one of Europe's premier pop stars, known for his headline-grabbing behavior as much as his hit-studded albums. Moreover, his solo work had sold far more copies than his work with Take That.

In 2002, Williams celebrated an enormous new contract with EMI (rumored to be upwards of 80 million dollars), but suffered the loss of his longtime production partner Guy Chambers. Escapology, the fifth Robbie Williams album (and the last to include Chambers' input), sold millions of copies in Europe, though it failed to persuade American audiences. As a result, the 2003 concert record Live at Knebworth wasn't released in the States. He introduced a new musical partner, Stephen Duffy, with a pair of songs from his compilation Greatest Hits, and he reappeared in 2005 with Intensive Care. Although the album topped charts in Europe and helped Williams set an impressive concert record -- his 2006 record-breaking world tour sold over one-and-a-half-million tickets in one day -- a certain creative atrophy was setting in, despite the new input from Duffy.

Within a year, he had recorded and released Rudebox, a dance album recorded with half-a-dozen outside producers, some featured guests, and several covers instead of self-penned material. Rudebox hit number one across Europe but only went double platinum in the U.K., becoming his lowest-selling studio album to date. Accordingly, Williams' next album -- the 2009 release Reality Killed the Video Star -- found him returning to the sound of his older albums, with the Buggles' Trevor Horn handling all production duties. Reality was Williams' only album not to top the U.K. album chart, bested by the trio JLS.

The following year, most news of Robbie Williams surrounded his reunion with Take That, which took the form of a new album, Progress, plus a few new songs recorded with bandmate Gary Barlow that were released on a new Williams hits collection, In and Out of Consciousness: Greatest Hits 1990-2010. Barlow also figured in the writing and production of the ninth Robbie Williams studio album, Take the Crown, released in late 2012. Produced by Williams alongside Jacknife Lee (Snow Patrol, R.E.M., Bloc Party), the album saw Williams return to the eclectic pop sound of his earlier work, with a trailer single ("Candy") written by Williams and Barlow. The single reached number one across Europe, including the U.K., as did the album, which was certified platinum.

For his next release, Williams worked with Guy Chambers again on his second swing album, Swings Both Ways, which comprised a mix of standards and originals. Released in late 2013, it featured a variety of guests including Lily Allen, Olly Murs, Rufus Wainwright, Kelly Clarkson, and Michael Bublé. Williams spent the next few years relatively quietly, settling into family life with his wife Ayda Field and their two children, and releasing only an odds-and-sods collection (Under the Radar, Vol. 1) in late 2014. He returned to the pop realm in late 2016 with the release of his 11th LP The Heavy Entertainment Show, which featured production by Guy Chambers and Richard Flack, as well as songwriting contributions from the likes of the Killers, Stuart Price, and Rufus Wainwright. Entertainment became his 12th U.K. chart-topper, making him the most successful U.K. solo act in chart history upon its release.

In the summer of 2018, Williams performed at the FIFA World Cup opening ceremony, issuing Under the Radar, Vol. 2 a month later. He also joined the judges' panel for the 15th season of the U.K. X Factor. A third entry to his non-album compilation series Under the Radar arrived in early 2019. His 12th effort arrived later that year. The Christmas Present found Williams in fine form, tackling holiday classics like "Christmas (Baby Please Come Home)" and "Santa Baby" on disc one (titled "Christmas Past") and offering newly penned additions to the Christmas canon with new material such as "Let's Not Go Shopping," "Rudolph," and "Christmas Future." Williams was joined by friends Jamie Cullum, Helene Fischer, Rod Stewart, Bryan Adams, and more. ~ Stephen Thomas Erlewine, Rovi 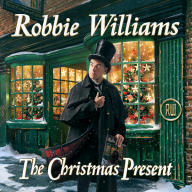 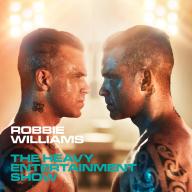 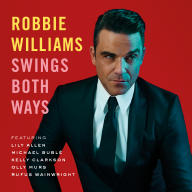 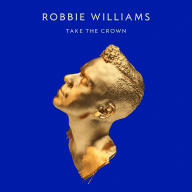 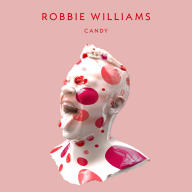 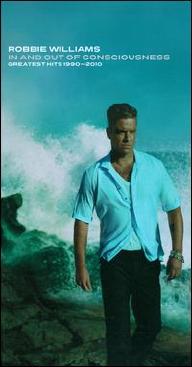 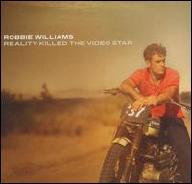 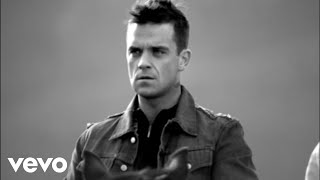 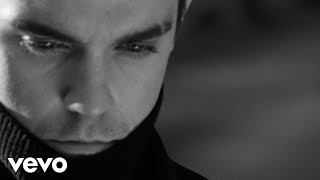 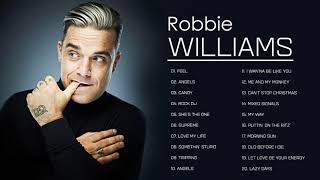 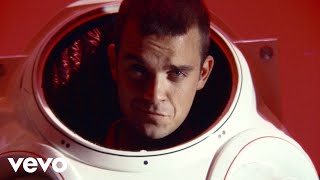 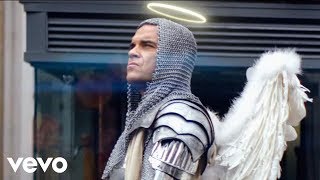 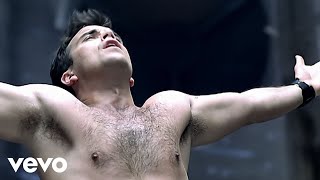 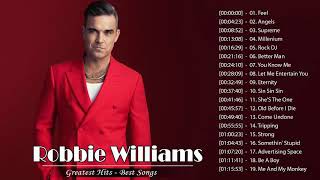