Close
Rashied Ali
from Philadelphia, PA
July 1, 1935 - August 12, 2009 (age 74)
Biography
Drummer Rashied Ali was a progenitor and leading exponent of the multidirectional rhythms/polytonal percussion known as "free jazz" drumming. He is arguably best known for being saxophonist John Coltrane's duet partner on the blistering Interstellar Space album. Recorded in 1967, it wasn't released until 1974. Ali was able to match the physical demands in the music while empathizing with its spiritual concerns. He debuted with Coltrane's group formally on Meditations, which also featured Pharoah Sanders in its lineup. After McCoy Tyner and Elvin Jones left the band in 1966, Ali became the lone drummer alongside the saxophonist, pianist Alice Coltrane, and bassist Jimmy Garrison. Ali created the Survival Records label with Frank Lowe to issue his own recordings after he left Alice's group in 1971. He released Duo Exchange in the company of saxophonist Lowe in 1973, and recorded and toured with artists ranging from Noah Howard, Sangeeta, and Phalanx to Jaco Pastorius, Charles Gayle, and Tisziji Munoz. He founded the avant-jazz outfit Prima Materia, which released three albums with Knitting Factory, including 1994's Peace on Earth: The Music of John Coltrane. Ali recorded another pair of duo albums with bassist Henry Grimes shortly before the latter's death the following year: Going to the Ritual and Spirits Aloft.

Ali was born and raised in Philadelphia. His mother sang with Jimmie Lunceford and his brother, Muhammad Ali, was also a drummer who later played with Albert Ayler. Ali, his brother, and father converted to Islam. He began his musical career in the U.S. Army. After returning from the service, he played with local Philly R&B groups, including Big Maybelle, before moving on to play jazz with locals Lee Morgan, Don Patterson, and Jimmy Smith.

In the early '60s, Ali moved to New York and became a fixture on the avant-garde "new thing" jazz scene. Besides joining saxophonist Sonny Rollins' band for a tour of Japan in 1963, he regularly backed up the efforts of pioneers such as Don Cherry, Pharoah Sanders, Paul Bley, Archie Shepp, Bill Dixon, and Albert Ayler. It was during this period that Ali made his first major recording debut on Archie Shepp's On This Night, and on the Marion Brown Quartet's self-titled offering. The drummer sat in with John Coltrane's group at the Half Note and other clubs around Manhattan. The saxophonist recruited Ali for his large-group free jazz project Ascension, and praised the drummer for his ability to play "multi-directional" rhythms, providing the soloist maximum freedom. But Ali dropped out shortly before the session. Coltrane didn't give up and hired the drummer to play in the expanded lineup for Meditations, but Tyner was dissatisfied with the album and the live setup: He claimed he couldn't hear himself with two drummers. He left after the album was finished and Jones followed him out the door in 1966. The saxophonist's wife Alice Coltrane became the group's new pianist and Ali its drummer.

In late February of 1967, the saxophonist met Ali at Rudy Van Gelder's New Jersey studio. It was a week after the band had cut the music that would be released as Stellar Regions in 1994. He never told Ali this would be a duo session. The melodies Coltrane employed with Ali referenced those found on the Stellar Regions material, and in fact, they often overlap: the selection "Venus" has the same melody as the title track of the previous album, while "Mars" quotes the melody of what later became known as "Iris." Fatefully, Interstellar Space was shelved after Coltrane's passage in 1967. Ali headed for Europe and gigged in Copenhagen, Germany, and Sweden before studying with Philly Joe Jones in England. In 1968 Ali returned to the States and played on Alice Coltrane's A Monastic Trio, Jackie McLean's 'Bout Soul, and Marion Brown's Why Not? In 1969 he continued with Alice on Huntington Ashram Monastery and played on Alan Shorter's Orgasm in between trips to Europe.

In 1970, Ali began trying to improve the lot of jazz musicians, especially their ability to control their own music, receive its proceeds, and find venues to work in. He briefly joined Gary Bartz's NTU Troop for the album Home for Milestone. He continued working with Alice on Journey in Satchidananda as well, and formed Survival Records in 1971 to issue his own recordings. He made his last recording with Alice, Universal Consciousness, in 1971. The following year Ali founded Ali's Alley, a club for non-commercial and "loft" jazz acts until 1979. In 1973, Ali and Frank Lowe issued Duo Exchange, the inaugural offering from Survival, a set of spontaneous sax and drum jams that gained positive reviews.

1974 saw the official release of Interstellar Space. The original album featured four tracks: "Mars" (titled "C Major" in the ABC/Paramount session sheets), "Venus" (titled "Dream Chant" in the session sheets), "Jupiter," and "Saturn." Two more tracks from the session, "Leo" and "Jupiter Variation," later appeared on the compilation album Jupiter Variation in 1978. A 2000 reissue collected all of the tracks from the session, including false starts for "Jupiter Variation." Ali felt validated at long last, given the overwhelmingly positive reviews of the set, but otherwise quietly went about doing his own thing. He released more albums for Survival including 1973's Rashied Ali Quintet with James Blood Ulmer, New Directions in Modern Music with Carlos Ward, Fred Simmons, Stafford James, and Moon Flight (unreleased until the '90s) and Swift Are the Winds of Life, a 1975 duo offering with violinist Leroy Jenkins.

Ali participated in a "Dialogue of the Drums" concert with Milford Graves and Andrew Cyrille in the mid-'70s. He kept a low profile in the '80s aside from drumming in the James Blood Ulmer/George Adams/David Murray group Phalanx. In 1984 he played a live duo gig with bassist Jaco Pastorius; it was issued as Blackbird nearly a decade later. In 1989 Ali resumed recording under his own name with Rashied Ali in France (Blue Music Group).

The drummer played with Charles Gayle and bassist William Parker on the widely heralded FMP release Touchin' on Trane in 1993, and followed it with Songlines, a trio date with Peter Brotzman and Fred Hopkins in 1994, the same year Stellar Regions was finally released. Ali formed the Prima Materia quintet with saxophonists Allan Chase and Louie Belogenis, bassist Joe Gallant, and pianist Greg Murphy. They issued Peace on Earth: The Music of John Coltrane, and re-recorded Coltrane's Meditations for Knitting Factory. Released in 1995, the critical reviews were universally positive. The following year, Prima Materia re-recorded Albert Ayler's Bells. In 1997, Ali participated in two recordings with William Parker and Ivo Perelman, the studio outing Sad Life and Live.

That same year, the drummer began an extensive recording and working relationship with guitarist Tisziji Munoz that resulted in the release of a dozen albums between 1997 and 2003 and three more after Ali's death in 2009. They include four 1997 dates: River of Blood, Present Without a Trace, Spirit World, and Alpha-Nebula. All but the last one featured Sanders (Munoz's former boss). Three more appeared in 1999 including Presence of Truth, Presence of Joy, and Presence of Mastery. Five additional albums were issued between 2000 and 2003, including Breaking the Wheel of Life and Death, Parallel Reality (with Ravi Coltrane), Hu-Man Spirit, Shaman-Bala, and Divine Radiance. The latter featured Ali in the company of both Ravi and Sanders bassist Cecil McBee, and pianist Paul Shaffer. Ali's double album Judgment Day was recorded in February 2005 with Jumaane Smith on trumpet, Lawrence Clark on tenor saxophone, Greg Murphy on piano, and Joris Teepe on bass. It was cut at Ali's Survival Studio. In addition to his performance activities, Ali mentored young drummers.

In 2007, Ali recorded Going to the Ritual for Porter in duo with bassist/violinist Henry Grimes. They played five duo concerts between 2007 and 2009 and a sixth in June 2007 with pianist Marilyn Crispell. A second duo recording was in post-production at the time of Ali's death from a heart attack in August 2009. Before his passing, Ali was the featured drummer on saxophonist Azar Lawrence's album Mystic Journey, released in 2010, just after Spirits Aloft, the second duo outing with Grimes.

In 2013, Munoz released Divine Radiance Live with the same lineup that played its studio date. Rashied Ali's Survival Records label was relaunched in 2019. Its two maiden releases were expanded vinyl-only reissues of the complete Duo Exchange sessions and Live at Slugs captured in 1967. These and future Survival releases will be overseen by Ali's widow, Patricia. ~ Thom Jurek, Rovi 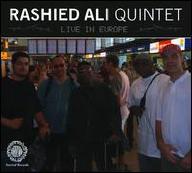 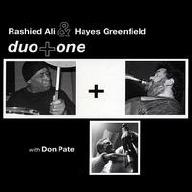 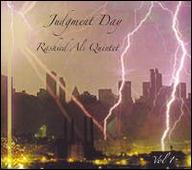 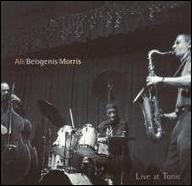 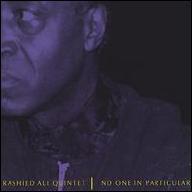 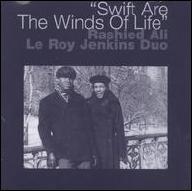 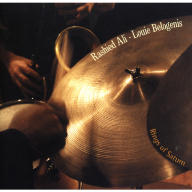 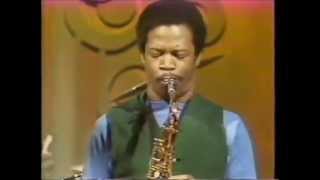 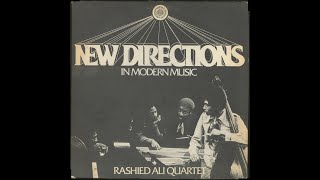 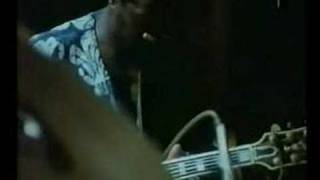 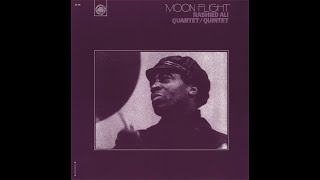 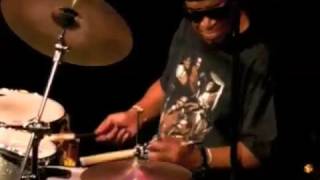 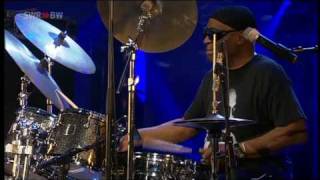 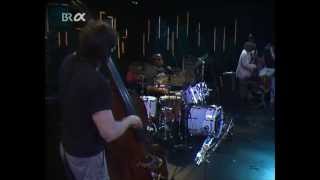