Close
Tortoise
from Chicago, IL
formed January 1, 1990 (age 32)
Biography
Tortoise revolutionized American indie rock in the mid-'90s by playing down tried-and-true punk and rock & roll influences, emphasizing instead the incorporation of a variety of left-field music genres from the previous 20 years, including Krautrock, dub, avant-garde jazz, classical minimalism, ambient and space music, film music, and British electronica. At odds as well with the shambling framework of alternative rock's normal song structure, the group -- as large as a septet, with at times two vibes players -- relied on a crisp instrumental aesthetic, tied to cool jazz, which practically stood alone in American indie rock by actually focusing on instrumental prowess and group interaction. Although the group's unique vision is to an extent the creation of drummer and master producer John McEntire, most of the other members are well-connected -- producers and/or participants -- in Chicago's fraternal indie rock community, which consists of numerous side projects and ongoing bands. After debuting in 1993 with several singles and an LP, Tortoise's underground prestige emerged above terra firma with their second album, Millions Now Living Will Never Die; the 21-minute opening track "Djed" was a sublime pastiche of Krautrock, dub, and cool jazz. Tortoise then linked themselves with the cream of European electronica (Luke Vibert, Oval, U.N.K.L.E., Spring Heel Jack) to remix the album on a series of 12" singles. Despite the band's growing reliance on studio engineering, Tortoise began re-emphasizing their instrumentalist bent in 1998 for their third album, TNT.

First formed in Chicago in 1990, Tortoise began when Doug McCombs (bass; formerly of Eleventh Dream Day) and John Herndon (drums, keyboards, vibes; formerly with the Poster Children) began experimenting with production techniques. The duo intended to record on their own as well as provide an instant rhythm section for needy bands -- inspired by the reggae duo Sly Robbie. Next aboard was producer/drummer/vibes player John McEntire and guitarist Bundy K. Brown (both former members of Bastro) plus percussionist Dan Bitney (formerly with the SST hardcore band Tar Babies).

The five-piece recorded 7" singles for both David Wm. Sims' Torsion label and Thrill Jockey in 1993, then released their eponymous debut on Thrill Jockey one year later. Much of the album's sound -- restrained indie rock with sublime jazz influences and a debt to prog rock -- was pleasant but not quite revolutionary. Several tracks took a more slanted course, though, sounding like a reaction to England's ambient/techno scene filtered through the '70s experimentalism of Can and Faust. Tortoise became an underground classic and spawned the remix work Rhythms, Resolutions and Clusters featuring remixers Jim O'Rourke, Steve Albini, and Brad Wood; the album steadily segued from techno and found-sound environment recordings to feedback ambience and hip-hop, complete with samples of A Tribe Called Quest and Minnie Riperton. In 1995, the group released Gamera, a 12" single on Stereolab's Duophonic label.

Brown later left for solo production work and his band projects Slowpoke and Directions in Music; Tortoise added bassist David Pajo (formerly of Slint and also a member of the For Carnation) for second album Millions Now Living Will Never Die, released in early 1996. Much of the album was similar to the debut, but the British weeklies and American music magazines championed the strength of album-opener "Djed" -- which blended a rumbling bassline, scratchy lo-fi ambience, and dub techniques into over ten minutes of music before the sounds of reel-to-reel tape disintegration introduced another passage of calm yet angular indie rock figures. During the rest of 1995, Tortoise toured with Stereolab in England and headlined a U.S. tour with 5iveStyle and the Sea and Cake. John McEntire also remained busy with production, working on Stereolab's Emperor Tomato Ketchup and eponymous debut LPs from 5iveStyle, Trans Am, and Rome.

Instead of a remix album to accompany Millions Now Living Will Never Die, Tortoise optioned tracks out to several techno/experimental contemporaries during 1996. Mo' Wax heroes U.N.K.L.E. recorded a remix of "Djed" on the first of what became a four-volume series, with later interpretations coming from Oval, Jim O'Rourke and Bedouin Ascent, Spring Heel Jack, and Luke Vibert, among others.

By the time recording began in 1998 for Tortoise's third album, TNT, Pajo had gone to spend time on his Aerial-M project; a longtime group friend, guitarist Jeff Parker, replaced him. Parker's connection to the fertile Chicago free jazz community -- he's a member of the Association for the Advancement of Creative Musicians (AACM) -- served as a signpost to the group's new direction: growing instrumental prowess and an emphasis on straight-ahead, occasionally improvisational indie rock. Tortoise's fourth album, Standards, released in early 2001, maintained that direction, only leavened by many post-recording tweakings at the band's Soma Studios. Another three-year gap separated Standards from 2004's It's All Around You. The bandmembers then took a break, of sorts, concentrating on their raft of side projects -- Exploding Star Orchestra, Bumps, Fflashlights, Powerhouse Sound -- and producing only a collaborative Tortoise LP with Bonnie Prince Billy, The Brave and the Bold. (They also assembled a box set titled A Lazarus Taxon.)

The group's sixth proper LP, Beacons of Ancestorship, finally arrived in 2009. The following year, the Japanese release Why Waste Time? appeared, featuring the previously unreleased songs "Ruba'iyat" and "Passerine." The band also composed the score to Lovely Molly, a film by The Blair Witch Project director Eduardo Sánchez that debuted at 2011's Toronto International Film Festival. Tortoise's seventh full-length, The Catastrophist, built on music that they were commissioned to write in 2010 by the City of Chicago to commemorate the area's jazz and improvised music scenes. Featuring vocals from U.S. Maple/Dead Rider's Todd Rittman and Yo La Tengo's Georgia Hubley, the album arrived in January 2016. ~ John Bush, Rovi 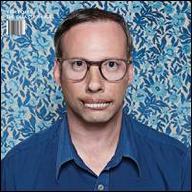 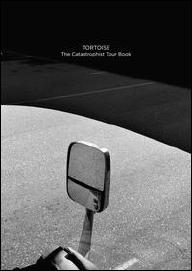 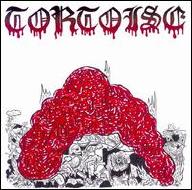 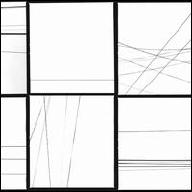 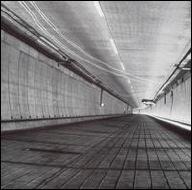 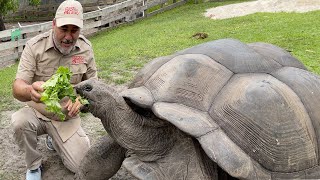 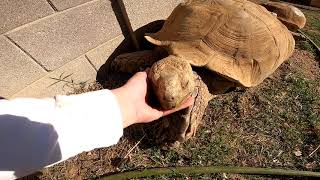 Feeding ALL My Tortoises! - Daily Routine 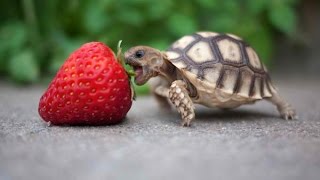 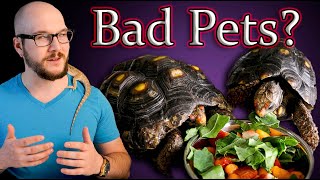 Don't Get A Pet Tortoise Until You Watch This! 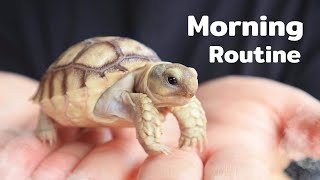 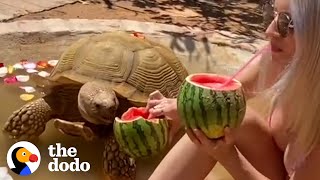 175 Pound Tortoise Is The King Of His Household | The Dodo 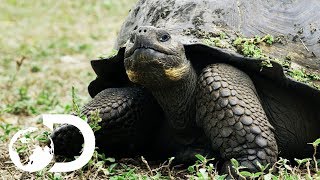 The Biggest Tortoise In the World | Big Pacific
Available here: