Close
Bob Cooper
from Pittsburgh, PA
December 6, 1925 - August 5, 1993 (age 67)
Biography
Like many West Coast tenor saxophonists of his generation, Bob Cooper's style was based upon skillful emulation of Lester Young's velvety, vetiver-scented tone, harmonic ingenuity and sinuous technique. The best introduction to this artist would be Coop! The Music of Bob Cooper, released in 1958 by Contemporary Records. Initially known as an exponent of the Stan Kenton Orchestra, he branched out and spent four decades as an all-purpose session man, serving in the reed sections of multiple studio orchestras while maintaining a steady presence on the cool, bop-inflected West Coast mainstream jazz scene.

Born on December 6, 1925 in Pittsburgh, PA, Robert Cooper studied the clarinet in high school, took up the tenor saxophone in 1941, and was soon operating under the influence of Don Byas and Lucky Thompson. He became a member of the Stan Kenton Orchestra in 1945 and added the oboe to his musical equipage. In 1947 Coop was lucky enough to marry June Christy, one of Kenton's most accomplished vocalists. While with Kenton he played behind Nat King Cole and alongside Art Pepper. After cutting loose from Kenton in 1951, Cooper made himself useful as a West Coast session man, absorbing fresh new currents of bop while refining and updating his musicianship. He added the English horn and bass clarinet to his arsenal of wind instruments, as well as the flute and both baritone and soprano saxes. During this period, while making records with drummer Shelly Manne, vocalist Annie Ross and guitarist Barney Kessel, his new sax idols were Lester Young and Sonny Stitt; this placed him in league with Brew Moore, Stan Getz and Zoot Sims. By 1954 he had joined forces with Pete Rugolo and Shorty Rogers, was sitting in with mambo king Perez Prado and leading his first recording sessions on Capitol.

During the second half of the decade he gigged with Howard Rumsey's Lighthouse All Stars in Hermosa Beach, accompanied June Christy on numerous recordings and toured with her through Japan, South Africa and Europe. In 1956 he collaborated with drummer Buddy Rich, alto saxophonist Bud Shank, tenor saxophonist Bill Perkins and with progressive clarinetist Jimmy Giuffre, who also joined Coop and Shelly Manne in a group backing the R&B vocal group known as the Treniers. Cooper also recorded extensively with the Buddy Bregman and Russ Garcia Orchestras backing vocalists Ella Fitzgerald, Bing Crosby and Anita O'Day; with the Marty Paich Dek-tette behind Mel Tormé and in the Pete Rugolo Orchestra with Patti Page. In 1957 Cooper recorded with drummer Max Roach and with John Graas, who specialized in playing jazz on the French horn.

In 1958 Bob Cooper made inroads into what would later qualify as archetypal lounge music by assisting Juan Garcia Esquivel on his landmark album Other Worlds Other Sounds. He was involved in another flashy project of similar vintage, Shorty Rogers' Manteca: Afro-Cuban Influence. In 1959 Cooper assumed partial ownership of Lighthouse Records Inc. He was present when Russ Garcia's Orchestra recorded with pianist Oscar Peterson and helped with the realization of Elmer Bernstein's score for Otto Preminger's sensationalistic film #The Man with the Golden Arm. Coop can be heard on the soundtracks of numerous motion pictures from this period, with titles like A Building Is Many Buildings and Mad at the World. The 1960s began for Cooper with an appearance on Ray Brown's Jazz Cello album and more session work behind singers like Mel Tormé and Peggy Lee. In 1966 he introduced his Solo for Orchestra with an orchestra under the direction of Stan Kenton. That same year he was paid to operate an oboe in a studio orchestra backing the TV pop/rock group known as the Monkees.

Bob Cooper inaugurated the '90s by blowing his tenor sax on Madonna's #Dick Tracy-inspired album I'm Breathless, followed by a cozy date with vocalist Sue Raney, and a double barrel blowing session with Doc Severinsen's featured tenor Pete Christlieb. He was heard on the soundtrack to Neil Simon's racy romantic comedy #The Marrying Man, and in studio bands backing vocalists Manhattan Transfer, Rosemary Clooney, Jackie Cain and Roy Kral. The final months of his lengthy career found him characteristically busy, recording in a group led by pianist Frank Strazzeri, assisting with Frank Sinatra's commercially successful album of overdubbed Duets and accompanying vocalist Lucie Arnaz. Bob Cooper's last live recording was made during a concert performance with trumpeter Conte Candoli; weeks later, on August 5, 1993, he began to experience chest pains while driving home from a session where he'd played in a band backing vocalist Karrin Allyson. Slowing down and stopping his car on the shoulder of the Hollywood Freeway, Bob Cooper quietly succumbed to a heart attack at the age of 67. ~ arwulf arwulf, Rovi 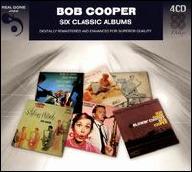 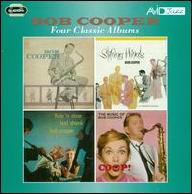 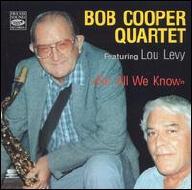 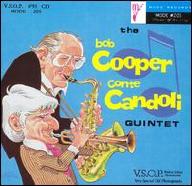 Play the Music of Michel LeGrand
1980 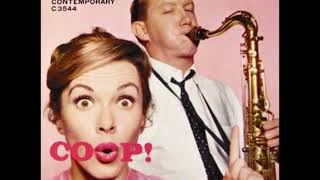 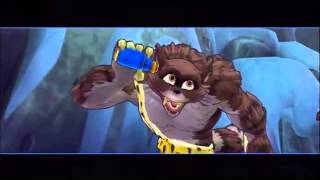 The best of Bob Cooper 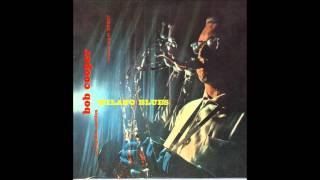 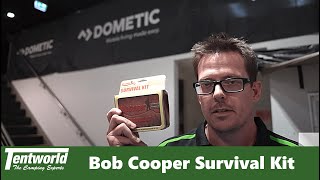 Bob Cooper Survival Kit - This could save your life! 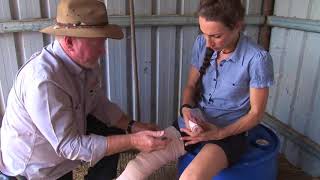 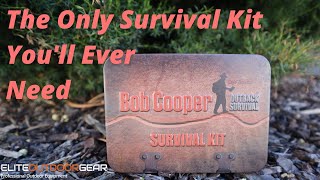 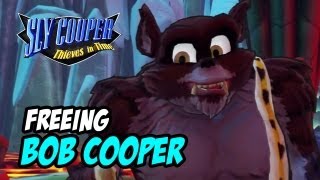