Close
Jim Kweskin
from Stamford, CT
July 18, 1940 (age 81)
Biography
The fun side of folk music was explored by the Jim Kweskin Jug Band. During the five years they were together, they successfully transformed the sounds of pre-World War II rural music into a springboard for their good-humored performances. A communal-like musical ensemble, the Kweskin Jug Band were formed by Jim Kweskin, who had been inspired by a folk group, the Hoppers, featuring washtub bass player John Fritz Richmond. As a student at Boston University, Kweskin would often attend the Hoppers' performances at Cafe Yana in Harvard Square, learning much about guitar fingerpicking by watching the bandmembers' fingers. After Richmond was drafted into the U.S. Army, serving time in Korea and Europe, Kweskin began to frequent other folk clubs in Cambridge and Boston. Before long, he was playing guitar well enough to perform English and Appalachian ballads in folk coffeehouses.

Although Kweskin temporarily left for California, he returned to Cambridge, along with his wife Marilyn and dog Agatha, and resumed his musical career. A split-bill booking with blues enthusiast Geoff Muldaur at the Community Church in Boston on February 3, 1963, proved a turning point. In addition to performing their own sets, Kweskin and Muldaur played several songs together. When Kweskin was invited by Maynard Solomon of Vanguard Records to record with a band, he immediately remembered Muldaur. Together with Fritz Richmond and banjo and harmonica player Mel Lyman, Kweskin assembled the original Kweskin Jug Band. The group was a smash from the onset and was quickly signed to a record contract by Vanguard.

During a two-week stint at the Bottom Line in New York, Maria D'Amato, fiddler and vocalist for the New York-based Even Dozen Jug Band, attended a show, became enamored of Muldaur, and accepted an invitation to move to Cambridge and join the Kweskin Jug Band. D'Amato and Muldaur were soon married. Shortly after the Kweskin Jug Band performed on the nationally aired Steve Allen Show on March 4, 1964, Lyman left the band and was replaced by banjo wiz Bill Keith, who had just left a gig with Bill Monroe's Bluegrass Boys.

The Kweskin Jug Band continued to bring their unique style of folk music to a national audience, appearing on The Roger Miller Show and The Al Hirt Show. Although Kweskin planned to move to California, the group left Vanguard and signed with Reprise, and virtuosic fiddler Richard Greene was added to the band. Just when it looked as though the Kweskin Jug Band were going to become commercially successful, Kweskin, who had moved into Lyman's commune in Fort Hill, a rundown section of Boston, shaved off his trademark mustache and announced that he was breaking up the group.

In the aftermath of the Kweskin Jug Band's demise, Kweskin continued to work as a soloist, and he formed the U I Band in the mid-'80s. By 2003 he could be heard leading the Jim Kweskin Band (featuring vocalist Samoa Wilson) on the album Now and Again, released by the Blix Street label (which also released Kweskin's solo album Enjoy Yourself [It's Later Than You Think], also including Wilson, in 2009). Richmond went on to become a well-respected recording engineer and producer. Geoff Maria Muldaur recorded several memorable duo albums before their marriage dissolved in the 1970s, and through her subsequent solo career Maria Muldaur became the most well-known alumnus of the Kweskin group in the years to follow. Keith resumed his partnership with guitarist and vocalist Jim Rooney. In addition to working on each others' albums, Keith and Rooney were instrumental in forming a folk supergroup, the Woodstock Mountain Revue. Lyman, who ran his commune as a cult, disappeared under still mysterious circumstances.

While Kweskin was largely inactive as a recording artist during the '80s and '90s, he became prolific in the 21st century, returning to the studio to cut the 2003 album Now and Again, a collaboration with Samoa Wilson. In 2010, Kweskin was one of several artists (along with Geoff Muldaur, Maria Muldaur, David Grisman, and John Sebastian) who appeared on the album Jug Band Extravaganza, recorded during a concert honoring the modern-day jug band movement. The year 2015 saw the release of Kweskin's In the 21st Century, and the live album Come on In, which documented a performance with Meredith Axelrod, was issued in 2016. Later that same year, Kweskin and Geoff Muldaur reunited for a studio album, Penny's Farm. ~ Craig Harris, Rovi 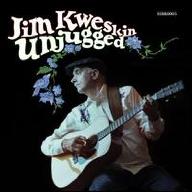 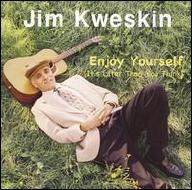 Enjoy Yourself [It's Later Than You Think]
2009 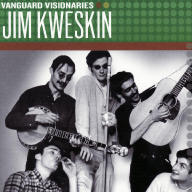 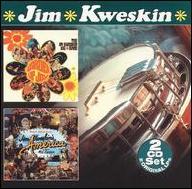 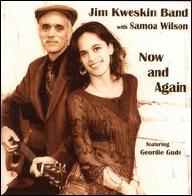 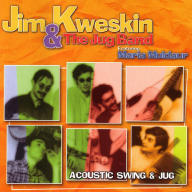 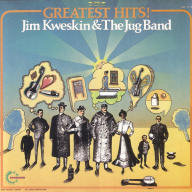 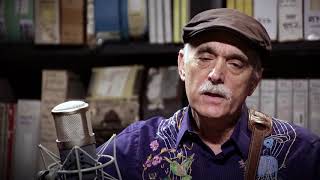 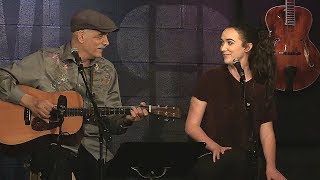 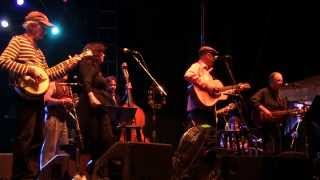 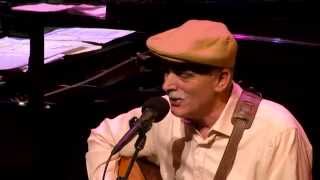 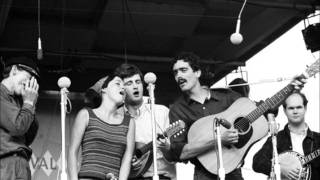 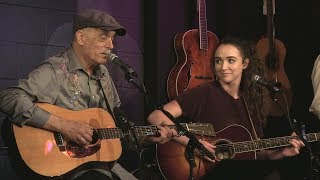 Jim & Fiona Kweskin - You're Just in Love - Live at McCabe's 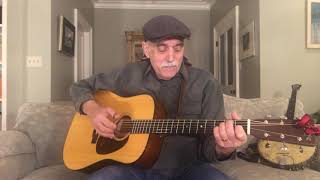 Jim Kweskin plays "Would You Like to Play the Guitar"
Available here: