Close
Barbecue Bob
from Walnut Grove, GA
September 11, 1902 - October 21, 1931 (age 29)
Biography
Barbecue Bob was the name given by Columbia Records talent scout Dan Hornsby to Atlanta blues singer Robert Hicks. Hicks is widely credited as being the singer who more than any helped to popularize Atlanta blues in its formative period. Born to a family of sharecroppers in Walnut Grove, GA, Robert Hicks and his brother, Charley Lincoln Hicks relocated with them to Newton County. There the Hicks brothers came in contact with Savannah "Dip" Weaver and her son, Curley Weaver. With the Weavers, the Hicks boys learned to play guitar and sing. Another local kid, Eddie Mapp, arrived in the area around 1922 and began to play harmonica with Robert and Charley Hicks and Curley Weaver. For several years in the early to mid-'20s, this group, or some group derived from this nucleus of musicians, would play parties and dances all around Atlanta and the surrounding territory.

Robert Hicks was the first of this group to "break out"; by 1926, Hicks was working at Tidwell's Barbecue Place in the affluent Atlanta suburb of Buckhead. Hicks would cook for, serve, and sing for the patrons. Robert Hicks proved a local sensation, and somehow attracted the notice of Columbia's Dan Hornsby. Hornsby made publicity photographs of Hicks in chef's whites and devised the moniker Barbecue Bob to put on Hicks' first Columbia record, Barbecue Blues, recorded in Atlanta on March 25, 1927. It proved a strong seller, and Hicks traveled to New York to make its follow-up, Mississippi Heavy Water Blues, in addition to seven other titles on June 15 and 16. Lightning struck twice, and Columbia realized they had a hit artist in Barbecue Bob. Over the next three years the Columbia remote truck stopped in Atlanta on numerous occasions primarily to make records with Hicks, and altogether he made 62 sides for Columbia. Only six of these were rejected, one title being remade and three others having since been found and issued.

Robert Hicks was joined by his brother Charley on four of these sides; one pair recorded on November 9, 1927 (It Won't Be Long Now, Pts. 1-2) was issued as by Barbecue Bob and Laughing Charley. This highly influential coupling is regarded as a classic and is one of the most frequently anthologized blues recordings from the 1920s. Robert Hicks also participated in a pseudonymous session for QRS in December, 1930 issued as by the Georgia Cotton Pickers. This session also resulting in records being issued involving Hicks' longtime friends Curley Weaver, Eddie Mapp, and possibly a younger friend, Buddy Moss. Hicks had already completed his last session as Barbecue Bob for Columbia on the fifth of that month. Earlier that year his wife had died of pneumonia, and less than a year later Hicks himself succumbed to the same illness, brought on by a bout with influenza. He was only 29.

Robert Hicks played a 12-string Stella guitar on his recordings, but in person he was just as likely to play a six-string. He also made some use of bottleneck techniques. Hicks was a consummate stylist of older material, and contributed textbook versions of such blues standards as Poor Boy a Long Ways from Home, Fo' Day Creep, and Goin' Up the Country. Eric Clapton has adopted Hicks' version of Motherless Chile Blues. Hicks' influence extends to the whole of early Atlanta blues, and he is considered second, if not equal, to Blind Willie McTell in this respect. ~ Uncle Dave Lewis, Rovi 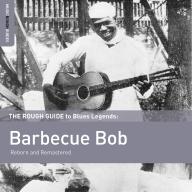 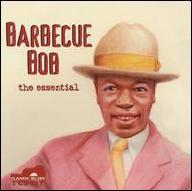 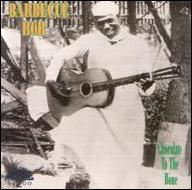 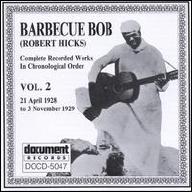 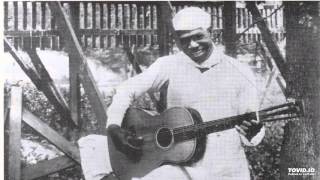 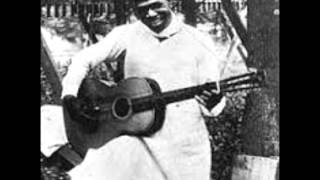 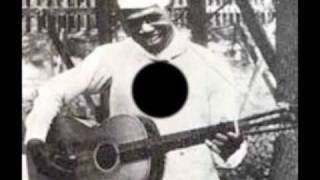 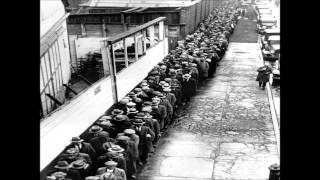 Barbecue Bob We Sure Got Hard Times 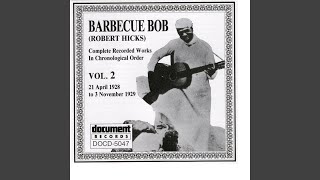